May contain nuts—but how much is too much? 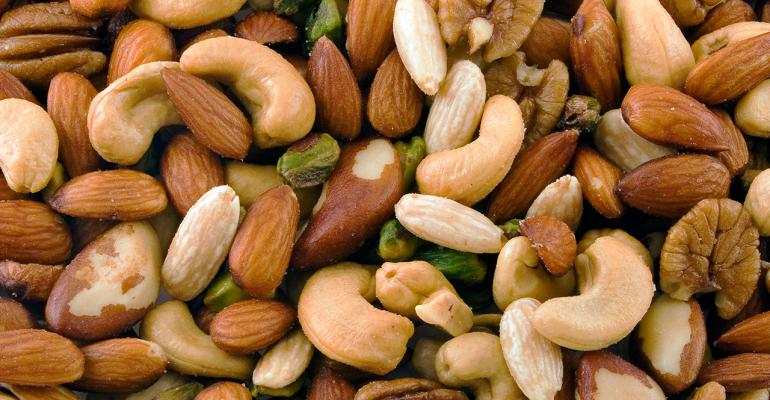 Researchers have identified the level of five of the most common food allergens that would cause a reaction in only 10 percent of people who are sensitive to them.

University of Manchester researchers have led a study to define allergen levels in food that can trigger allergic reactions, which will help to make allergen warning labels more effective.

In a new study published in the Journal of Allergy and Clinical Immunology, the researchers identified the level of five of the most common food allergens which would cause a reaction in only 10 percent of people who are sensitive to them.

Whilst allergenic ingredients used in a recipe have to be listed on food labels, traces of allergens that accidentally find their way into foods are not currently regulated. Currently precautionary labels that warn of such traces used phrases, such as "produced in a factory which also handles peanuts," are not applied in a consistent way. They also have the effect of causing allergy sufferers to take risks, as different people can tolerate more of an allergen than others.

The researchers, from the University’s Institute of Inflammation and Repair, analyzed data from 436 people collected in the EuroPrevall project from across Europe who had allergies to peanut, hazelnut, celery, fish or shrimp. They were then given small doses of the food they were allergic to and their reactions monitored.

Professor Clare Mills, who led the study said: “What we wanted was to find a level of allergen which would only produce a reaction in the most sensitive 10 percent of people. This sort of data can then be used to apply a consistent level of warning to food products. What we’d like to see are warnings which tell people with allergies to avoid certain products completely or just apply to those who are most sensitive.”

Between 1.6 and 10.1 milligrams (1/1000 of a gram) of hazelnut, peanut and celery protein produced a reaction in the most sensitive 10 percent of those studied. For fish it was higher—at 27.3 milligrams—and for shrimp a significantly higher 2.5 grams of cooked protein produced a reaction—though the researchers didn’t study raw shrimp which may have a different effect.

The number of people who have food allergies has increased in recent decades with around 5 to 7 percent of infants and 1 to 2 percent of adults at risk and The University of Manchester is part of a project: ‘Integrated Approaches to Food Allergen and Allergy Management’, which aims to provide better advice for health workers and the public and, ultimately reduce the burden of allergy across Europe.

Professor Mills added: “This single study is part of the background to rolling out new warning guidelines across Europe, and alongside other work being carried out in Manchester and elsewhere we’re developing a strong evidence base to give consumers and industry confidence.”

The paper, ‘How much is too much?: Threshold dose distributions for five food allergens’ was published Jan. 12 in the Journal of Allergy and Clinical Immunology.