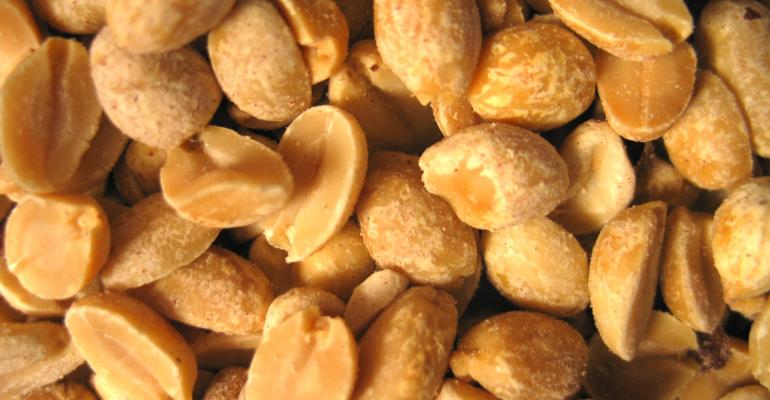 Eating peanuts may be a simple way to increase longevity, even for high-risk populations. A new study of more than 200,000 people shows that peanut eaters decreased total deaths by 21 percent and reduced cardiovascular deaths by 38 percent. The study was released this week in JAMA Internal Medicine and was conducted at Vanderbilt University and the Shanghai Cancer Institute.

It is the first study to demonstrate that all races—black, white and Asian—who are predominantly from lower socio-economic, high risk groups could benefit from eating peanuts and peanut butter. Other major studies that have linked peanut and nut consumption with lower mortality focused mainly on higher income, white populations. The link between peanuts and decreased mortality was seen across all ethnicities, for men and women, income status, and even for individuals with a high prevalence of metabolic disorders.

Three large groups were evaluated. In the U.S., about 72,000 people from twelve southeastern states participated in the Southern Community Cohort Study (SCCS). They ranged from 40 to 79 years old, two-thirds were African-American, and participants were primarily from low-income communities. Over 75 percent of the group was overweight or obese and over 76 percent had metabolic conditions such as hypertension (55 percent), diabetes (21 percent) and high cholesterol (34 percent) which increased their health risks.

Peanuts were the primary nuts consumed in the study. They comprised over 50 percent of the nuts eaten by the SCCS group in the U.S. Only peanuts were assessed in the Shanghai groups, since that is the predominant nut consumed. Participants recorded how frequently they ate the peanuts, nuts or peanut butter ranging from never to daily.

The paper concludes that the "findings highlight a substantive public health impact of peanut consumption in lowering Cardiovascular Disease mortality given the affordability of peanuts to individuals from all SES backgrounds."

Peanuts are a nutrient dense plant protein that are high in unsaturated fatty acids, fiber, essential vitamins, minerals, phenolic antioxidants, arginine, and other phytochemicals. This powerful package of nutrients may explain the significant benefits of eating a small amount of peanuts or peanut butter daily.