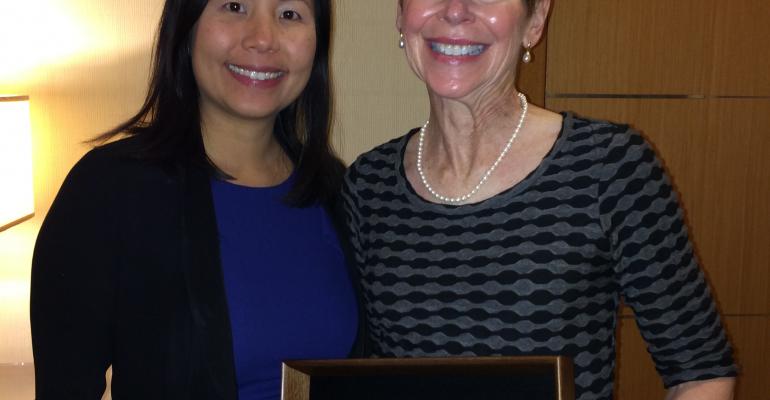 Awards were presented by ASN and CRN at Experimental Biology to recognize outstanding research on the safety and efficacy of bioactive compounds for human health.&nbsp;

The Mary Swartz Rose awards are jointly presented by ASN and the Council for Responsible Nutrition (CRN), the dietary supplement and functional food industry’s leading trade association, and are awarded to recognize outstanding research on the safety and efficacy of bioactive compounds for human health.

“CRN is honored to present the Mary Swartz Rose Awards to these two well-deserving researchers. Their work should be recognized as it adds to advancing the field of nutritional science,” said Andrea Wong, Ph.D., vice president, scientific and regulatory affairs. “We are proud to work with ASN in providing these grants, as CRN and our member companies are committed to encouraging on-going science in the field of nutrition and wellness.”

Dr. Ney, professor in the Department of Nutritional Sciences at the University of Wisconsin-Madison, studies the nutritional management of phenylketonuria (PKU), a genetic disease. Her research focuses on the safety and acceptability of the bioactive food ingredient glycomacropeptide, a low-phenylalanine whey protein. This research has resulted in the availability of glycomacropeptide-containing medical foods for individuals with PKU. She has received several awards for nutrition science and her recent research was featured on Wisconsin Public Television and in Food Technology Magazine.

Dr. Noratto, an assistant research professor for the School of Food Science at Washington State University, focuses her studies on the role of nutrition in the prevention or progression of obesity-related chronic diseases. Her research projects are centered on milk and dairy-derived bioactive compounds, as well as plant food botanicals. Her teaching expertise focuses on the health benefits of food bioactive compounds.

The awards are named in honor of the late Mary Swartz Rose (1874-1941), founder and president of what was then the American Institute of Nutrition (now ASN). The Mary Swartz Rose Senior Investigator Award is given to an investigator with 10 years or more of postgraduate training, for outstanding preclinical and/or clinical research on the safety and efficacy of dietary supplements as well as essential nutrients and other bioactive food components that may be distributed as supplements or functional food components. The Mary Swartz Rose Young Investigator Award is based on the same qualifications but is given to an investigator with 10 years or less of postgraduate training.

The 2014 winners for the Senior Investigator and Young Investigator awards were Johanna W. Lampe, Ph.D., and Yuan Yuan Li, M.D., Ph.D., respectively. CRN’s commitment as an awards partner has helped support ASN in recognizing the best and brightest minds in the field. The Mary Swartz Rose awards were first presented in 2008 and have been supported annually by CRN ever since.