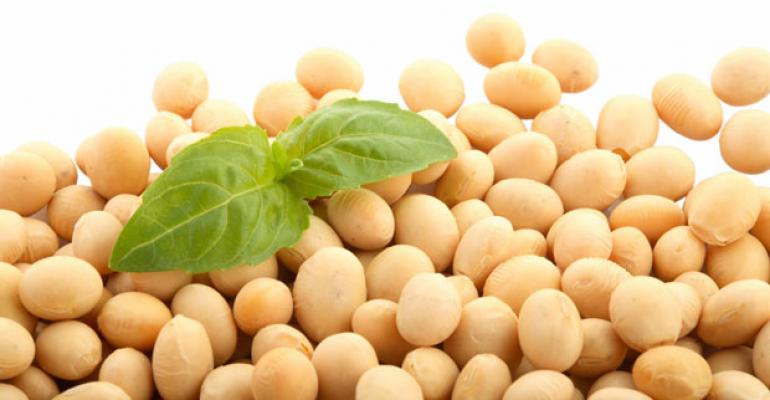 A new study published in the latest edition of the Journal of Nutrition found that consumption of a protein-rich afternoon snack containing soy protein resulted in reductions in appetite, a greater delay in subsequent eating and improved diet quality in teens compared to other snack options. The study, titled, “Protein Snacks Improve Appetite and Diet Quality in Teens,” is the first study of its kind to examine whether replacement of a high-fat/high-sugar snack with a healthier version would lead to improvements in obesity-related outcomes in overweight young people.

The study was conducted by researchers from the University of Missouri in collaboration with DuPont Nutrition & Health.

“Standard meals tend to go to the wayside for kids this age—particularly from mid-afternoon to late evening—and many of the convenient ‘grab-and-go’ snacks are high in fat and sugar,” said Heather Leidy, Ph.D., assistant professor, Department of Nutrition & Exercise Physiology at the University of Missouri and lead researcher of the study. “Adding protein snacks in the afternoon could be a good strategy for individuals who are trying to eat more protein throughout the day.”

Thirty-one healthy, normal to overweight adolescents between the ages of 13 and 19 who usually consume an afternoon snack were randomly assigned to consume either a chocolate-peanut-caramel-flavored pudding snack formulated with soy protein (26g protein, 6g fat, 27g carbohydrate), a snack with a ‘typical’ nutrition profile that is higher in fat (4g protein, 12g fat, 32g carbohydrate), or no snack as part of the randomized, crossover-design trial. Participants consumed the assigned snacks for three days, followed by a series of tests conducted after consumption on the fourth day.

The study found that incorporation of a protein-rich afternoon snack improves total daily diet quality. Children who received the high fat snack or no snack subsequently consumed more snacks high in fat and sugar that evening than those who consumed the protein-rich snack (the high fat snack subjects consumed 20 percent more, while the no snack subjects consumed 30 percent more). Daily protein intake was higher and fat intake was lower when a protein snack was provided versus a high fat snack or no snack, but no differences in daily energy intake were observed between treatments.

The study also found that inclusion of an afternoon snack reduces appetite over the course of the afternoon, but the soy protein snack leads to a greater reduction in post-snack appetite. In addition, when participants consumed the protein-rich snack their request for their next meal was delayed by 20 minutes compared to the group that did not receive a snack.

The study also demonstrated that afternoon snacking, particularly on foods rich in high-quality soy protein beneficially influenced certain aspects of mood and cognition. Energy was supported by consumption of an afternoon snack, compared to no snack at all. Teens consuming the protein-rich snack showed an increase in cognitive flexibility, or the ability to switch between different concepts and reduced feelings of confusion-bewilderment.

“To date, the majority of the research to investigate potential benefits of incorporating protein in the diet has been focused on the adult population, and the few studies looking at snacking among teens have been largely observational,” said Ratna Mukherjea, Ph.D., associate director of global nutrition at DuPont Nutrition & Health and co-author of the study. “The fact that snacks formulated to provide protein have positive outcomes in terms of appetite control and diet quality could have great implications for supporting weight management in young people.”

The study’s findings that consuming protein snacks reduced consumption of high fat, high sugar snacks later in the day also has particular relevance for children. Globally, a majority of children are consuming 2-3 snacks per day, and based on nutrition research conducted in the United States, American children are trending toward three snacks a day. In fact, snacks are accounting for 27 percent of a child’s daily caloric intake.1 Based on this reliance on snacks as part of the school day or after school routine, snacks present an opportunity to not just provide calories but also nutrients to support healthy growth and development.

DuPont Nutrition & Health will continue to explore the issue of snacking in adolescents. Subsequent research will look at the long-term effects of consuming protein-rich snacks among teens.