Recent
Latest
6 tips to promote consumer understanding of Certified Organic
May 18, 2022
Sponsored Content
Balanced Health Botanicals Newsletter – May
Getting ready for 2023: Trends for brands to consider
May 17, 2022
EXPO VIDEO: How did a young sparkling water brand get licensing deals with Marvel and Disney?
May 16, 2022
Trending
Debra Stark’s light shines bright on natural products industry
May 10, 2022
Unboxed: 7 plant-forward ice creams to stock this summer
May 10, 2022
Hemp CBD industry struggles so far in 2022
May 10, 2022
Monitor: Consumer research on collagen shows how much education is needed
May 12, 2022 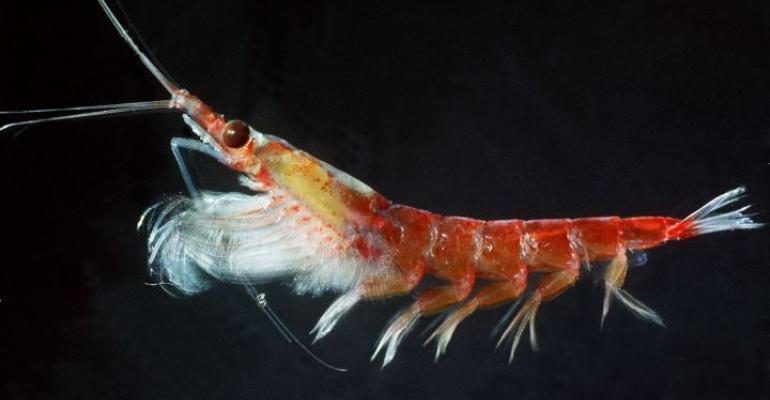 NKO Beat features all the proven heart health benefits of NKO, including up to seven times more astaxanthin than other krill oils, plus coenzyme Q10.

Utilizing Neptune Krill Oil (NKO®) as the base ingredient, Neptune Technologies & Bioressources introduces NKO® Beat targeting heart and cardiovascular health. Available for North America in 60 days, NKO Beat features all the proven heart health benefits of NKO, including up to seven times more astaxanthin than other krill oils, plus coenzyme Q10 (CoQ10). When combined with NKO, a  clinical trial showed the antioxidant CoQ10 levels are greatly increased—demonstrating up to 25 times better absorption as compared to a generic USP CoQ10.

“There is no other krill oil like NKO, and it is the original. Under our patents for extraction and composition, NKO Beat has tremendous potential to become a leader in the nutraceutical industry within the heart health category,” said Andre Godin, Neptune’s president and CEO.

In addition to enhancing CoQ10 uptake, NKO Beat contains the heart-healthy omega-3 polyunsaturated fatty acids EPA and DHA in a phospholipid-form. This form differs from fish oil, where the omega-3 fatty acids are attached to triglycerides. NKO supports more efficient digestion, absorption and utilization of EPA and DHA.

“We’ve gone to great lengths to protect our process, employees and ability to provide superior forms of omega-3 polyunsaturated fatty acids,” said Godin. “In the last 18 months, we’ve revisited our processes to, expanded capacity and developed new products featuring NKO. In a market where product differences are scarce, Neptune’s NKO Beat further strengthens our position of providing our customers a superior offering.”

Neptune pioneered the krill oil industry in 2003 with the introduction of NKO which gave the company a stronghold in the market and a coveted ingredient among nutraceutical manufacturers and distributors. NKO has the highest amount of bioactives in the industry. In addition to having more astaxanthin than other krill oils, research has found that the phospholipid-enhanced omega-3 in NKO allows for easier digestion and 2.5 times higher absorption rates than those found in fish oils.