Omega-3s may curb some forms of depression 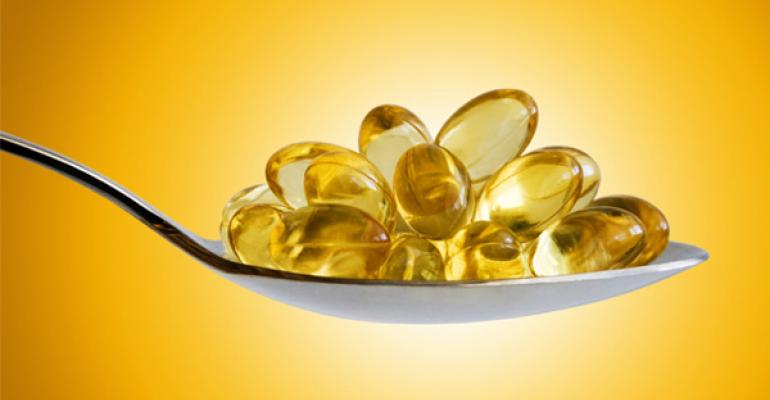 New study shows that even two weeks of a nutritional supplement containing EPA or DHA reduced the rates of new-onset depression to 10 percent.

Patients with increased inflammation, including those receiving cytokines for medical treatment, have a greatly increased risk of depression. For example, a six-month treatment course of interferon-alpha therapy for chronic hepatitis C virus infection causes depression in approximately 30 percent of patients.

Omega-3 fatty acids, more commonly known as fish oil, have a long list of health benefits, including lowering the risk of heart disease and reducing triglyceride levels. These nutritional compounds are also known to have anti-depressant and anti-inflammatory properties.

Despite some recent negative findings, as their tendency to increase the risk for prostate cancer was shown in a controversial study and some of the putative health benefits were not replicated in large trials, omega-3s remain of high interest to the depression field, where several studies have suggested benefits for depression and other psychiatric disorders.

Check out the new Nutrition Business Journal / Engredea 50-page business intel report on all things omega-3s, from ingredient & product innovations, to a summary of the top studies in the past year, and marketing counsel on dealing with the current omega-3 downturn. Click here for more info.

This led a group of international researchers, led by senior author Dr. Carmine Pariante, to conduct a randomized, double-blind, placebo-controlled study in order to carefully evaluate the effects of omega-3 fatty acids on inflammation-induced depression.

They recruited 152 patients with hepatitis C to participate, each of whom was randomized to receive two weeks of treatment with EPA, DHA, or placebo. EPA (eicosapentaenoic acid) and DHA (docosahexaenoic acid) are the two main omega-3 fatty acids in fish oil supplements. Following the two-week treatment, the patients received a 24-week course of interferon-alpha treatment and were evaluated repeatedly for depression. The researchers found that treatment with EPA, but not DHA or placebo, decreased the incidence of interferon-alpha-induced depression in patients being treated for hepatitis C.

Pariante, a professor at the Institute of Psychiatry, Psychology & Neuroscience at King's College London, added, "The study shows that even a short course (two weeks) of a nutritional supplement containing one such omega-3 polyunsaturated fatty acid (EPA) reduced the rates of new-onset depression to 10 percent."

In addition, both EPA and DHA delayed the onset of depression, and both treatments were well tolerated, with no serious side effects. "These new data provide promising support for omega-3 fatty acids to prevent depression, complementing other studies where omega-3's were found to enhance antidepressant treatment," said Dr. John Krystal, editor of Biological Psychiatry.

EPA is considered an "endogenous" anti-inflammatory, and in previous work, also published in Biological Psychiatry, these same authors found that subjects with low levels of endogenous EPA in the blood were at higher risk of developing depression. Therefore, the authors speculate that this nutritional intervention restores the natural protective anti-inflammatory capabilities of the body, and thus protects patients from new-onset depression when inflammation occurs.

Although further work is still necessary and the findings must be replicated, these data indicate that omega-3 polyunsaturated fatty acids may be effective in preventing depression in a group of patients at high-risk of depression because of increased inflammation.