The top 10 reasons your product should include fish oil 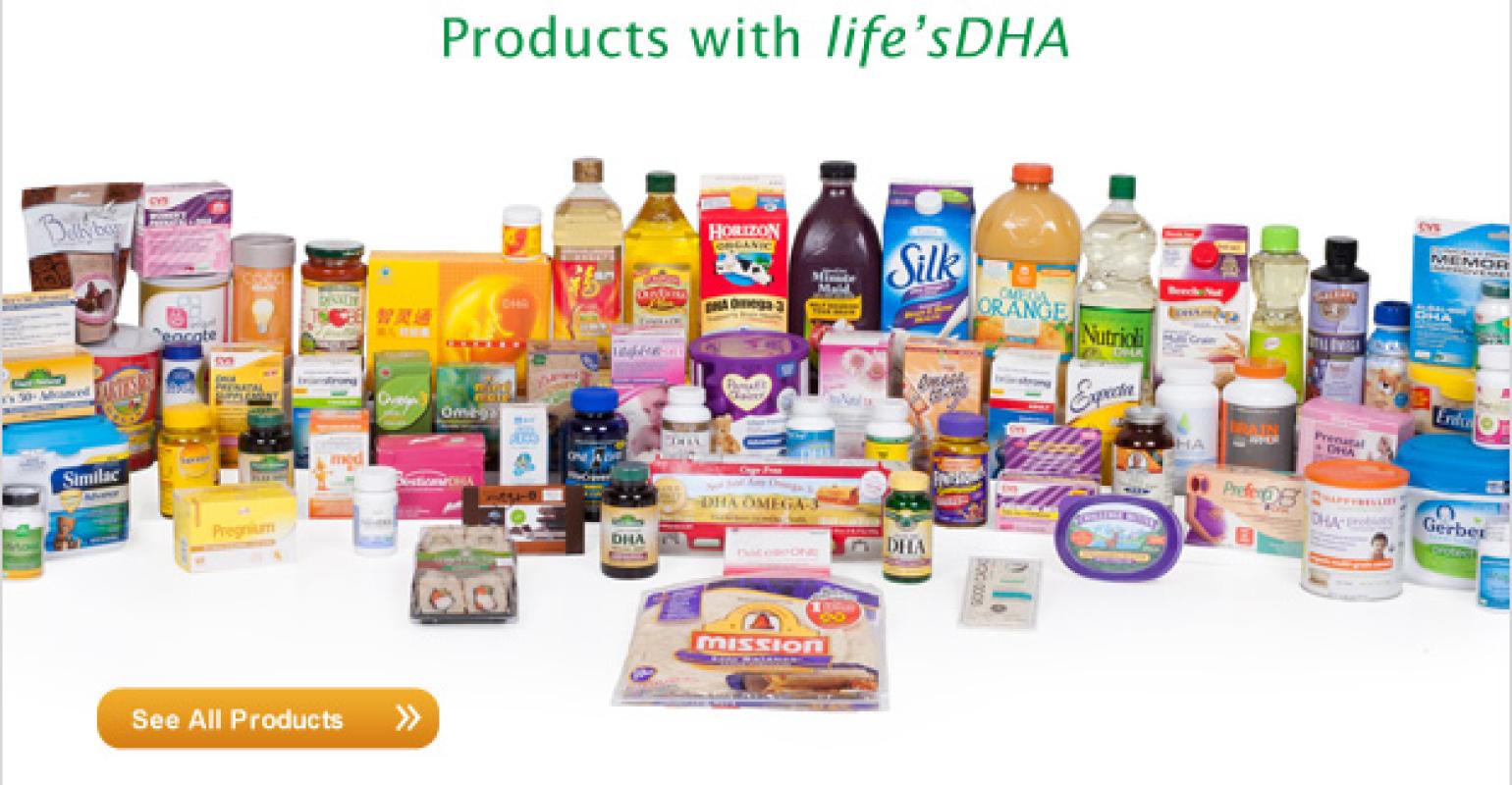 <p> Consumer products containing life&#39;sDHA fish oil ingredient.</p>
Ten studies published since the start of the year draw connections between fish oil consumption and everything from breast and skin cancers to longevity rates and children&#39;s IQ

According to Pubmed, more than 20,000 scientific papers have been published on the benefits of docosahexaenoic acid (DHA) and eicosapentaenoic acid (EPA) omega-3s. This includes 2,000 randomized, controlled trials in humans; some 150 human clinical trials have been conducted in the past 12 months alone.

The list of benefits for omega-3 fatty acids goes on and on. EPA and DHA have been shown to:

The only substance—nutraceutical or pharmaceutical—that has been more widely researched is aspirin. Yet experts describe the science of omega-3s as still in its infancy. Just what is it about omega-3s that is good for the body?

No, we aren't going to summarize all 150 clinical trials to have come out in the past year. But here some "greatest hits" to come out since the start of the year. These 10 studies draw connections between fish oil consumption and everything from breast and skin cancers to longevity rates and children's IQ.

Conclusion: Fish oil might counteract the effects of mental stress on the heart. Volunteers who took fish oil supplements for several weeks had a blunted response to mental stress in several measurements of CV health, including heart rate and muscle sympathetic nerve activity.

Conclusion: Fish oil supplements modestly raise levels of adiponectin in the bloodstream, a hormone associated with lower risk of diabetes and heart disease. The meta-analysis reviewed and analyzed results from 14 randomized, placebo-controlled clinical trials. In total, 682 subjects were treated with fish oil, and 641 were given placebos — most commonly olive and sunflower oils. In those taking fish oil, adiponectin levels increased by 0.37 ug/mL.

Proceedings of the National Academy of Sciences

Conclusion: A product resulting from a metabolized omega-3 fatty acid helps combat cancer by cutting off the supply of oxygen and nutrients that fuel tumor growth and spread of the disease.

The metabolite is epoxy docosapentaenoic acid (EDP), an endogenous compound produced by the human body from DHA, which is found in fish oil and breast milk. In animal studies, EDP inhibits angiogenesis, the formation of new blood vessels in the body. The researchers also found that a metabolite of arachidonic acid (ARA), an omega-6 fatty acid, has the opposite effect of EDP. The ARA metabolite, epoxyeicosatrienoic acids (EETs), slightly increases angiogenesis and tumor progression in mice.

and University of Washington

Conclusion: Older adults who have higher blood levels of omega-3s may be able to lower their overall mortality risk by as much as 27% and their mortality risk from heart disease by about 35%. The study is the first to look at how objectively measured blood biomarkers of fish consumption relate to total mortality and specific causes of mortality in the general population. The researchers examined 16 years of data from about 2,700 U.S. adults aged 65 or older.

The University of Manchester

The American Journal of Clinical Nutrition

Conclusion: Taking a regular dose of fish oils boosted skin immunity to sunlight. Specifically, it also reduced sunlight-induced suppression of the immune system, known as immunosuppression, which affects the body's ability to fight skin cancer and infection. Patients who volunteered for the trial took a 4g dose of omega-3.

Conclusion: A lifelong diet rich in omega-3 fatty acids can inhibit growth of breast cancer tumors by 30 percent. For their study, the researchers created a novel transgenic mouse that both produces omega-3 fatty acids and develops aggressive mammary tumors. The team compared those animals to mice genetically engineered only to develop the same tumors.

Conclusion: One particular omega-3 fatty acid has a powerful effect in preventing liver inflammation and fibrosis -- common problems that are steadily rising along with obesity rates. In research with laboratory animals, the American Liver Foundation found that EPA had comparatively little effect on preventing the fibrosis associated with nonalcoholic steatohepatitis, or NASH. But DHA supplementation reduced the proteins involved in liver fibrosis by more than 65 percent. NASH is a progressive form of liver disease that is associated with chronic inflammation and oxidative stress, resulting from excess fat storage in the liver.

Oregon State University. "Some omega-3 oils better than others for protection against liver disease." ScienceDaily, 5 Feb. 2013. Web. 27 May 2013.

Conclusion: In a small pilot study, scientists identified key genes and signaling networks regulated by vitamin D3 and DHA that may help control inflammation and improve the body's ability to clear the brain of amyloid plaques, a hallmark of Alzheimer's disease. Researchers found that 1alpha,25-dihydroxyvitamin D3 and resolvin D1 greatly improved the clearance of amyloid-beta by macrophages in patients, as well as identified subtleties in the effects the two substances had on the expression of inflammatory genes.

Conclusion: Supplementing pregnant women and newborns with foods rich in omega-3s were found to boost children's IQ by more than 3.5 points. These essential fatty acids may help raise intelligence by providing the building blocks for nerve cell development that the body cannot produce on its own.