What will move the needle in omega-3s? 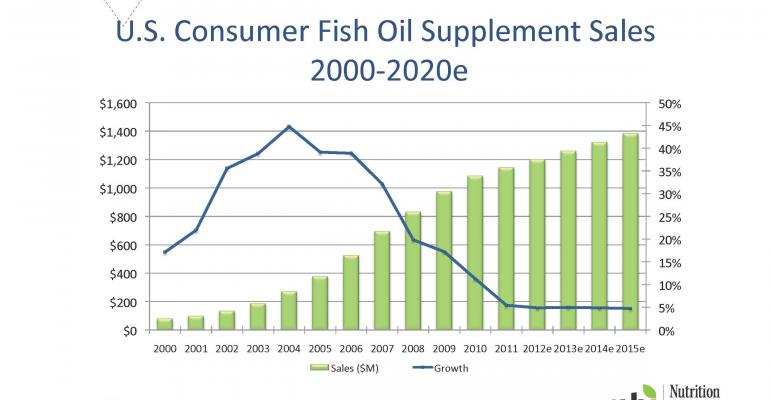 Tim Avila, founder and CEO of Systems Bioscience Inc.; Samy Jandali, vice president of BASF; and one of the fish-oil industry&#39;s founders, J&oslash;rn Dyerberg, MD, peer into the future of omega-3s.

Omega-3s are said to be a mature category. We've seen widespread adoption, especially over the past 10 years. Are omega-3s done in its evolution and growth, or what does the future hold?

FI: What will be the tipping point for omega-3s? What will move the needle? 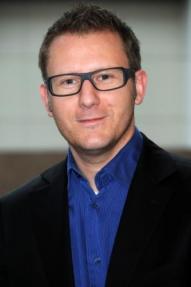 Samy Jandali, vice president of BASF: We at BASF recently invested some decent amount of money into projections of omega-3s, and we have identified three global mega-trends. The first is an aging population: People want healthy aging with more vitality and mobility. We all know what omega-3s can do, so from a demographics perspective, everything is on track.

Another reason we haven't seen the end of this field is because of the science. Omega-3s are pretty well understood. We are not in the belief area, we are in the proof area, and the science just keeps growing.

Jørn Dyerberg, MD, scientific consultant for Marine Ingredients:The turning point for me in omega-3s is hard to focus on, because for me it has 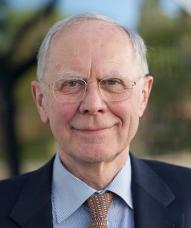 been 45 years of turning points. From the beginning, when I had the privilege to enter omega-3s into nutrition, then into science, then into health care, beginning with our expeditions to Greenland in the early 1970s. We found out that the reason for these people's low cardiac incidents was due to their intake of marine long-chain omega-3 fatty acids.

It was a turning point from absolute unknowledgeable —I didn't know a thing about omega-3 fatty acids in 1970. And then I came to know and tried to introduce it into general knowledge. I first realized how hard it would be (to educate the public) when I told the fishermen in Denmark what a good food they had. And they said 'Oh forget about it, this is something with science, this is not for us.' Now, this is what people are saying everywhere.

What I presently think is one of the major turning points of omega-3 science is the effect on inflammation. Omega-6s and -3s compete in different biological processes, but there is an area where long-chain omega-3s are alone and have a unique role, and that is in inflammation. Inflammation is the basis of a lot of disorders: heart disease, blindness, Alzheimer's.

Over the last few years, we have found three new families of compounds that are solely generated from long-chain omega-3 family acids. They are protectins, resolvins and maresins, which are downstream compounds synthesized from DHA and which facilitate the dissolution of the inflammatory process. From a scientific standpoint, this is a turning point.

Tim Avila, founder and CEO of Systems Bioscience Inc.: The future is 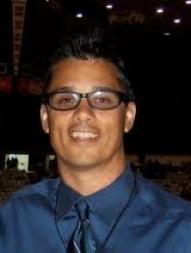 definitely bright and it will continue to grow. There are enough people on the planet that need to increase their EPA and DHA, but not just those fatty acids. There are a lot of other compounds that have benefits, too, and it’s a huge market opportunity.

One of the easiest way to get this growth is not to look at is as a supplement or food market silo, but rather to look at it as a lifestyle. EPA and DHA play a big role in lifestyle nutrition. There are still a lot of consumers who have not switched over to our lifestyle.

We are just scratching the surface of the science of resolvins and these new compounds we have discovered, and I'm very interested in this. The health outcomes we are seeing and that we can continue to validate with science will help drive the lifestyle adoption.

We also have to pay attention to the diversity of preparations we offer and not overly focus on EPA and DHA.

FI: Despite the amount of evidence that has accumulated (Pubmed indicates about 30,000 published studies), consumption levels are still relatively low. Why isn't omega-3 consumption higher?

Dr. Dyerberg: There are interests out there in big pharma that like to influence this huge market with 30,000 papers. Those could be a big new drug.

Avila: The top-selling brands that contain omega-3s are at the mass market level by people who have an awareness and belief. They are checking the box. We see them respond to various brand messages. As we get science that is more broad, not just heart health, but other aspects of health, we will see this become more about lifestyle. It can be easy if it's delivered in simple messages, and in a variety of preparations that deliver value in lifestyle medicine.

One concrete example of this is Hofseth BioCare [with whom Avila has a business relationship]. They have spent a great deal of money researching a very complex whole salmon oil and there are interesting compounds in it, but we don’t have the science yet to fully understand it. But when this preparation is put into clinical trials against other preparations, there are certain biomarkers that are lowered by an unrefined oil better than just DHA or EPA separately.

This isn't not to say one type is better than another. But as we go into the future, we'll have more information to give consumers. Many people are still looking at triglycerides or cholesterol with heart disease, but at Hofseth, they are looking at a new biomarker, an emerging biomarker, that seems to have a better direct correlation with blockages in arteries.

The closer you can tie real biomarkers with specific and validated information, the more you can draw in consumers who may be on the sidelines.

Jandali: We've had so many studies coming out that have led to the general belief that omega-3s are good for you. A smaller segment knows more than that, but the average consumer is stuck with "It is good for me, I should buy it."

If we want to get omega-3s into the mass market, we need to get them into foods. The best thing is if you eat sufficient amounts of fish, that would be good, but since our diet has changed, and not everyone is disciplined to take care of themselves, we have to look more at fortified foods. We are at a prohibitive price point. The cost per serving keeps it from being widely available; it is prohibiting us from making omega-3s more widely available.

FI: Pharma has come up several times in this conversation. What impact is pharmaceutical preparations having on fish oils?

Jandali: The pharma field is opening things up. It will add to the quality and push for a more science-based approach to omega-3s. It is on a continuum, it is not contradicting or closing down part of the market.

FI: Does the omega-3 sector need to grow? Should it grow? We can establish that there is a challenge that if more of the population starts consuming omega-3s, we will need larger amounts. Let's talk about views on sustainability.

Dr. Dyerberg: We have a nutritional deficiency. In America, the average intake is about 200mg a day, and maybe 25 percent of Americans has an intake close to 0. This has nothing to do with supplements, it has to do with food.

We are approaching an RDI that is far above what you eat in the U.S. and is only eaten in Japan, Iceland and northern Norway. For me, there is no way we can get all of this from the sea. We have to transfer this to land-based production. That is part of the future of omega-3s.

Avila: Ultimately, it really is a resource and conservation issue. There's a lot that can be done in the entire value chain. We have a problem: If you look at that chart (of what we need to consume), and you look at the resources for wild-caught biomass, we can obviously conclude that if we want the market to grow, we have to deal with the supply issue. That's true for the nutrition industry in general. We saw what happened with astaxanthin, chia —we saw wide swings in demand, and we didn't have the supply to meet it.This is the case with omega-3s.

The three words that can be applied right now are: Recover, recycle and repurpose. We are starting to see this in terms of processors of wild caught biomass, how it translates into aquaculture. There's single-cell lipids —algal. And there is the issue that causes many people in our industry consternation: transgenic approaches to producing these unique fatty acids (ie, genetic modification). I would put GMO off to the side and say that it is probably an inevitability. I don't offer any answer to the debate if that is morally right or not. But we can accomplish a lot with recover, recycle, repurpose.

Hofseth BioCare makes its unrefined salmon oil from the processing of trimmings that comes from the filet-making aquaculture in Norway.If we are going to meet the demand on that side, progressive aquaculture is one. Being able to catch waste products is a good example of making a high-active nutritional product from what used to be waste.