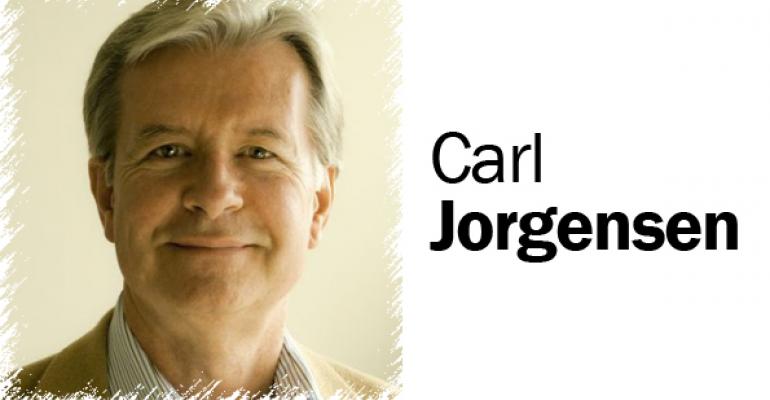 More organic production is clearly needed, but how to achieve it? Private enterprises are spearheading these initiatives&mdash;and the U.S. government has the opportunity to provide stimulus, too.

Organic is the fastest-growing sector of the U.S. food industry. U.S. organic sales were up nearly 23 percent from 2012 to 2014, for a total of $39 billion. 2015 sales are expected to top $45 billion. That’s the good news. The bad news is that retailers looking to establish or expand their organic food offerings are encountering organic shortages because consumer demand for organic is growing faster than supply. This trend is not new, as U.S. organic sales have outpaced domestic production since the early 2000s.

The Organic Trade Association, the main organic industry trade and lobbying organization, forecasts that by 2030 organic sales in the U.S. will total $90 billion annually, with organic food representing 10 percent of all food consumed. Further, OTA predicts that the biggest-volume categories—produce, dairy and meat—will grow to 20 percent. U.S. acreage dedicated to organic will need to triple in order to meet this goal.

The growing gap between supply and demand is keeping upward pressure on prices, and already shortages in key organic commodities—particularly milk, nuts, grains for animal and poultry feed, and vegetables for frozen foods—are causing supply-chain headaches. At present, the gap is being partially filled by global sourcing of organic ingredients.

The shortfall in organic production is exacerbated by the fact that growers see substantial business risks and knowledge gaps when evaluating the organic opportunity. USDA’s National Organic Program standards require a three-year transition between stopping use of synthetic fertilizers, herbicides and insecticides and obtaining organic certification. During the transition period, crop yields drop substantially until organic soil health remediation techniques begin to take effect. Most farms cannot easily sustain the loss of income from lower initial yields. In addition, organic agriculture requires new knowledge and skills not easily acquired by conventional farmers. Reaping the organic price premium after obtaining organic certification is also not a sure bet, particularly in the dairy, egg and poultry industries, due to the much higher cost of organic feed. Over half of organic grains for feed now come from outside the U.S. The higher farm gate prices of organic milk, eggs and chickens frequently do not cover the higher production costs.

More organic production is clearly needed, but how to achieve it? Many initiatives are currently being spearheaded by private enterprise, and the U.S. government has the opportunity to provide an effective, targeted stimulus.

Companies are vertically integrating by buying farmland and converting it to organic to secure supplies into the future.

Iowa-based Sustainable Farm Partners invests pension funds and other institutional funds by purchasing farmland and converting conventional acres to certified organic. SFP directly manages each owned and operated farm using a crop share model where the partners, operators and management all have a stake in the profitability of each crop and soil restoration. Manufacturers and retailers have the opportunity to participate in the program to secure future supplies.

Another approach is for buyers to make long-term commitments to purchase both transitional crops and future organic crops, enabling farmers to obtain seed and equipment loans and do realistic financial planning. A joint effort called the US Organic Grain Collaboration is providing long-term contracts, loans and grants to organic grain growers in the Northeast, supported by Annie’s, Stonyfield, Organic Valley, Ben and Jerry's and OTA; and in the Northern Great Plains, supported by Annie's, Grain Millers, ClifBar and OTA. Hain Celestial Group is offering 3- to 5-year contracts for organic blue and yellow corn to farmers in Texas and Minnesota to secure supplies for its Garden of Eatin’ brand tortilla chips.

OTA is evaluating a program that jumpstarts farmers’ organic certification by supporting training and reporting of organic compliance from day one of the 3-year transition period. Producers can show potential buyers that they are in the process of becoming certified organic and will be ready to sell organic crops by a certain date.

How can the U.S. government help? The 2014 Farm Bill allocated $170 million for the organic sector, but did not include funding for the one area that could have the greatest impact on growing organic: compensating American farmers for losses incurred during the organic transition period. The legislators crafting the next Farm Bill need only look to Europe, where, under the EU’s Common Agricultural Policy, “Support for conversion to organic agriculture… is calculated to compensate for the loss of income and for the costs resulting from this conversion.”

Cultural mega-trends will be driving consumer demand for organic into the foreseeable future, and farmers, manufacturers, retailers and government policymakers all have clear economic incentives to rapidly increase organic production.

How else can retailers and manufacturers support growth of organic supply?