What The Organic Coup can teach retailers about organic foodservice 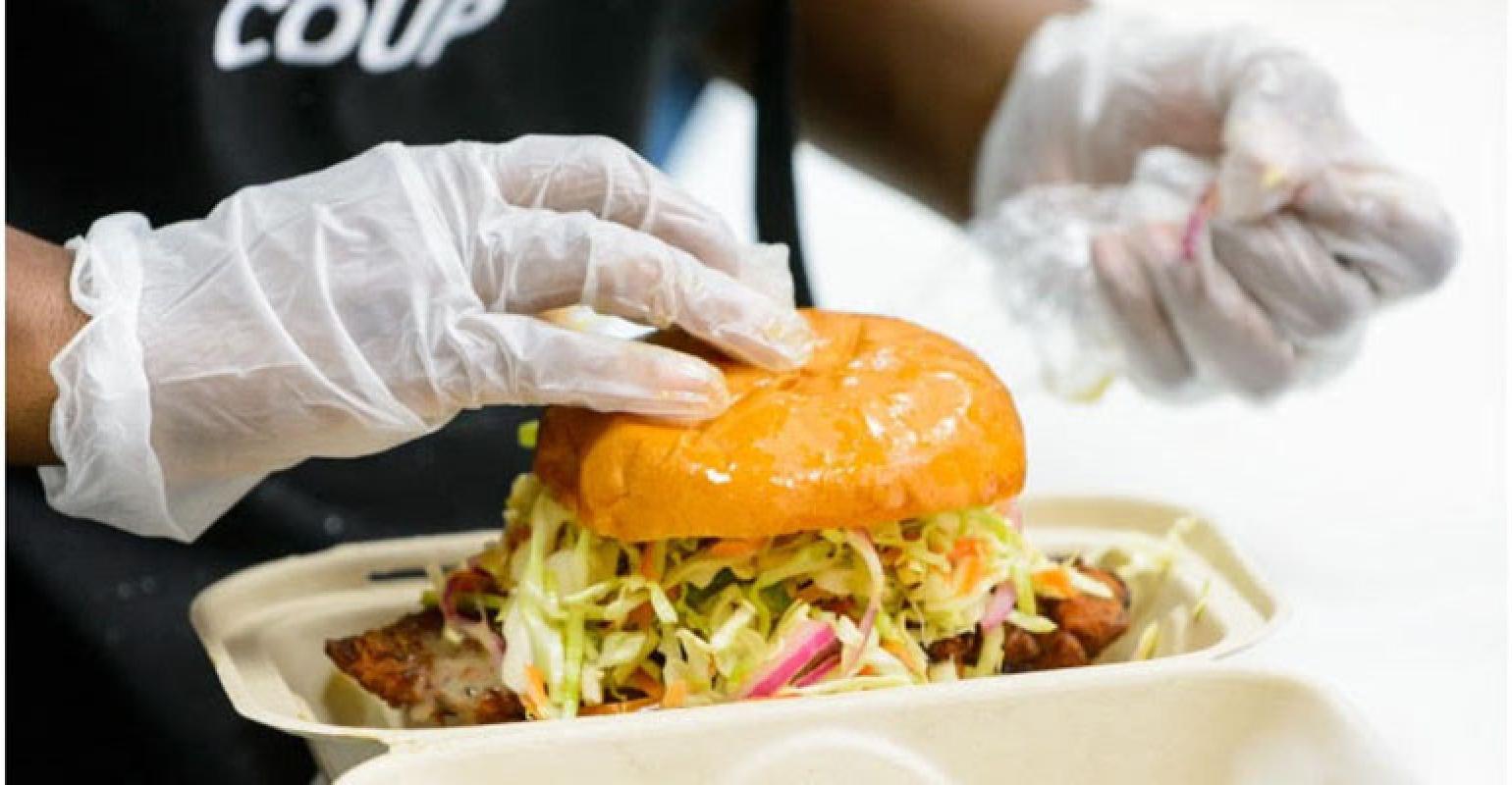 The country’s first certified organic fast-food chain, The Organic Coup, just announced $7 million in an initial round of financing, which it will use to open at least two dozen new locations over the next year. The financing, led by Costco founder and former CEO Jim Sinegal, underscores the growth potential for organic foodservice, which continues to be a wholly underserved market—something Costco veterans Erica Welton and Dennis Hoover noticed and jumped on when they founded the chain in 2014. It’s a sign that natural retailers should take note of, since the quick-serve category has been such a strong area for growth.

“People are so excited about the change, to have this option,” Welton said. “A lot of people are eating organic at home, and to be able to get something quick on the go, whether it’s for lunch or to eat at home with their families, they feel good about it.”

Over the phone on their way to serve some breakfast burritos that they’re testing in San Francisco, Welton and Hoover said it’s a market they’re excited to see grow, and they want company. “We want people to join in on this. We want people to say, look at this opportunity. We can be better than the past,” Hoover said.

“The best tip that we can offer from our learning experience is to be disciplined on offerings,” Welton said. “We have three items on our menu, essentially, with about three or four more to come. If we had started with 50-plus items, the paperwork for organic certification would have been overwhelming.”

She said they’ve had to be really disciplined about staying on top of the audits and paperwork, in working with their suppliers, and in forecasting their ingredient needs and demands.

For a retailer offering organic foodservice, maybe the “disciplined” approach means one or two sandwiches, or just a few salad options. It’s tempting to want to provide consumers with lots of options, but according to Welton, that’s likely a recipe for disaster for an operation that’s just starting out.

There’s always room to grow later. The Organic Coup will be adding tater tots and salads in the near future but isn’t committing to offering either of those permanently, and is convinced that maintaining such a targeted focus—on their signature sandwich—from the start was a part of their initial success.

Their next piece of advice: Focus on taste. “People are lining up 50 deep to eat this sandwich,” said Hoover—and not just because it’s organic. They want clean food, yes, but they aren’t going to compromise on taste in order to get it. Hoover said that’s been one of the biggest barriers to organic food in the past — and some recipes can be hard to tackle.

Welton said she almost gave up on serving ranch dressing.

“When people think of ranch dressing, people think of Hidden Valley,” she said. But that has MSG — and the distinct flavor that adds is a flavor people aren’t going to forget just because they’re in an organic restaurant.