From Booch to Porch: How one kombucha company transitioned to door-to-door delivery during the pandemic 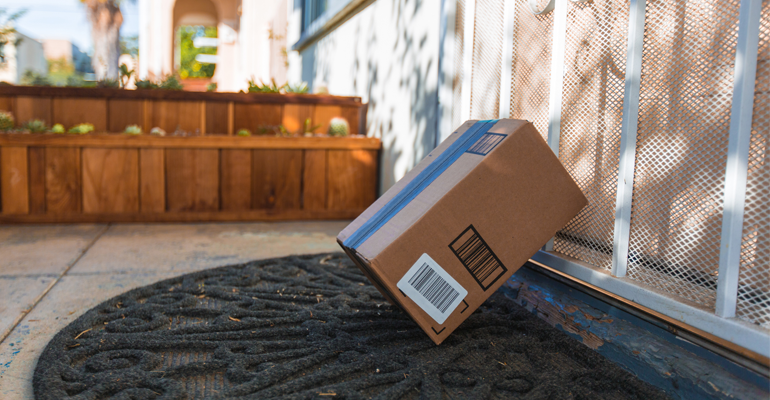 In the face of the novel coronavirus pandemic, Becca Schepps is falling back on a strategy she used in the early days of her brand, Mortal Kombucha.

When much of Colorado closed its doors the second week of March, 60% of Mortal Kombucha's business nearly disappeared overnight. Headquartered in Boulder, the kombucha company primarily sells to corporate offices, cafes and breweries along the Front Range. This left Founder and CEO Becca Schepps to quickly figure out how she could get her product to her customers without the outlets she typically relied on.

The remaining 40% of the company's sales comes from regional grocery stores in Colorado, Utah and New Mexico, with the majority from Whole Foods Market's Rocky Mountain region.

Related: 4 things to consider before transitioning to e-commerce sales

To complicate things, the company, which launched in 2017, is undergoing a packaging change that was originally planned for mid-April. This meant Schepps had a lot of additional product to run through quickly. While not being able to demo the product in stores, pushing the extra inventory out the UNFI warehouse became a challenge.

Schepps wondered how many people would really be buying kombucha during a pandemic when fridge space is limited. "We're a frivolous product that has to be in your refrigerator when you're stockpiling milk and eggs and all these things that probably are better suited to take up the space," she says.

But it turns out her customers want more than milk and eggs in their fridges.

So, she turned to an old method of getting her product out to market from the early days of starting the business. She'd done it before and realized it was as easy as turning the store back on and driving the product to people's homes. "It seemed like, you know, a modern milkman kind of thing," says Schepps.

The company's website is hosted by Squarespace, which has a built-in e-commerce store. A virtual form allows shoppers to indicate how they'd like the bottles delivered, whether placed in a cooler or the doorbell rang. The shoppers also provide a phone number so she can text them when she's coming and then again when the bottles arrive safely on the porch.

Since beginning her "booch-to-porch delivery" mid-March, the order amounts have increased by about 20% across the board Schepps estimates. She expanded her delivery radius as more customers contacted her with interest, some even willing to drive to meet half-way or place large orders to make the trip worth her time.

Schepps doesn't have a minimum order amount or delivery fee for online purchases, but as people adjust to leaving the house less, she says her customers are placing larger orders. Schepps is also donating cases to essential workers where she can, adding stops to the delivery routes she makes twice a week. Schepps's husband, Daniel Holloway, a professional cyclist who was bound for the Olympics, has new-found time and is splitting the delivery runs with her.

The most haphazard part of the delivery process for the company has been transforming a retail operation into a direct-to-consumer one. Trying to figure how to fill orders that aren't whole cases has brought on some challenges, she says. Because shoppers can buy individual bottles in whatever flavors they'd like, she's having to resort to cases to fill individual orders. Only having boxes designed for 12 bottles, she's making do with what she has and even using Amazon boxes she has at her house.

For now, Schepps believes her company is big enough that it can survive this turbulent time and small enough that it can just run lean while it needs to. "We just had to figure out some way to make some money to pay rent and the minimal expenses. And this is pretty much solving that."

How one brand founder and former doctor is getting through the pandemic
Apr 07, 2020

What some West Coast brands are doing to keep sales flowing during stay-at-home orders
Apr 06, 2020