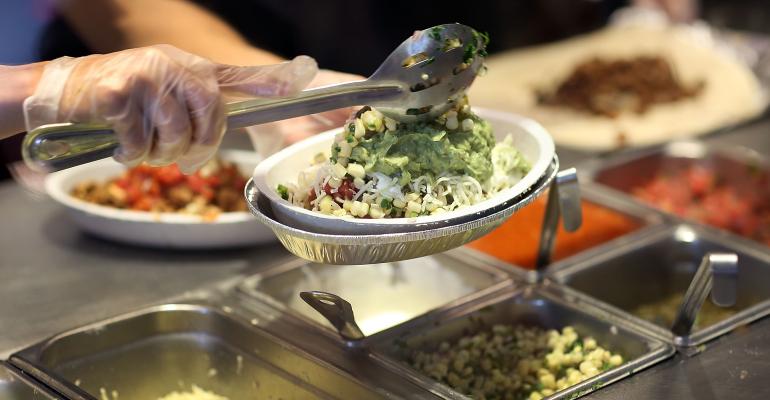 Chipotle is cleaning up the fast-casual restaurant chain and setting an example natural retailers could follow in their foodservice operations.

Emerging from years in food-safety crisis mode, Chipotle Mexican Grill has good reason to make sure food handlers are using plastic gloves responsibly. But 95% of those gloves ended up in a landfill with no commercially viable recycling alternative available.

At least, until now.

In its second comprehensive report on how the Newport Beach, California-based chain is meeting sustainability goals, Chipotle recently outlined an innovative solution to its plastic glove problem, which CEO Brian Niccol described as “a waste blind spot for our industry.”

Partnering with Salinas, California-based Revolution Bag, Chipotle is piloting a program that would turn its plastic gloves into trash bags.

“If we truly want to be leaders in this space, we cannot just settle for the best available option,” said Caitlin Leibert, Chipotle’s director of sustainability, in a statement. “There is no ‘one-size-fits-all solution’ for sustainability. We want to revolutionize the way people think about waste and the potential for everyday items like gloves and trash bags.” 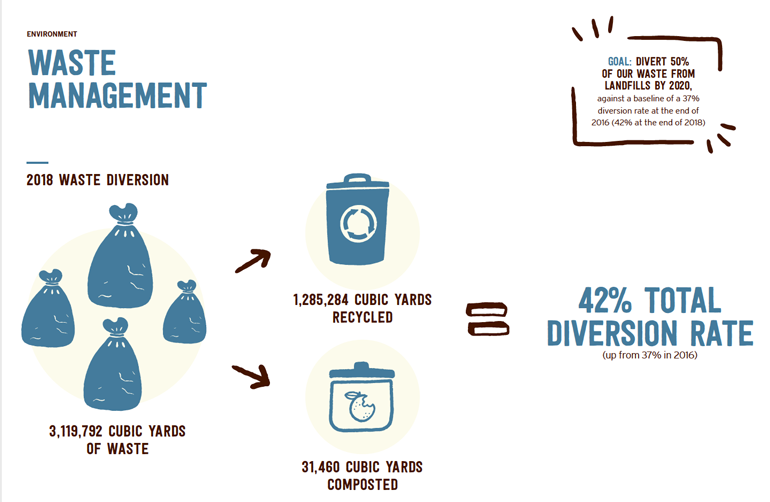 Waste diversion has become an increasing challenge for the restaurant industry, especially in the limited-service segment, which relies heavily on disposables.

Plastic straws have been a target in recent years as lawmakers adopt bans in various forms, but Niccol, in a letter posted on Medium, argued that disposable plastics more broadly are one of the biggest culprits of the restaurant industry’s waste contribution.

Chipotle six years ago eliminated six tons of plastic annually by reducing the size of its straws, and this year the chain will test a straw-less beverage lid.

“However, gloves and other flexible plastic make up almost nine times more of our waste than our straws,” writes Niccol. “Chipotle is not alone in the restaurant industry in using a lot of gloves; it has been reported that over 200 million gloves are discarded daily throughout the industry.”

Revolution Bags is a company that specializes in manufacturing trash bags that are almost entirely made from post-consumer content, such as the agricultural film farmers use to wrap bales or silage.

Finding a domestic market for recyclable materials is key as regulators set targets for diverting waste from landfills. 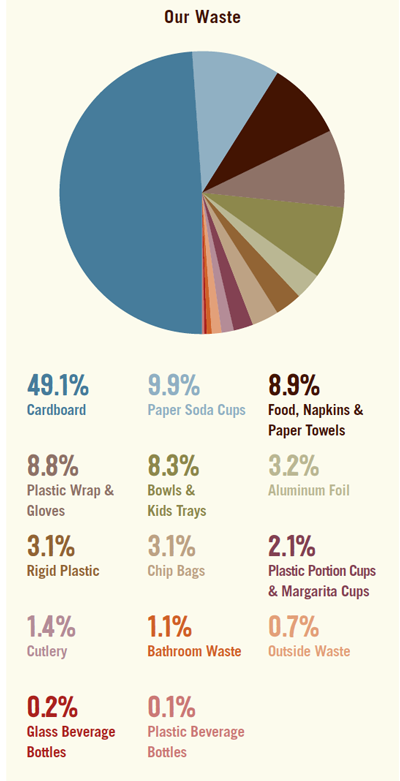 China, once a leading importer of recyclable plastic waste from the U.S., stopped accepting waste from other countries in January 2018. In part as a result, in the U.S., a growing number of cities are canceling, cutting back or increasing fees for recycling.

The report, however, also notes that Chipotle only manages waste for about 55% of restaurants. At the remaining 45%, landlords control waste disposal, though the company said it will work with waste contractors “as much as is allowed.”

Another goal is to reduce the amount of plastic in cutlery by 20%. And Chipotle also plans to pilot a recyclable or compostable soda cup and lid by the end of next year, including the strawless option.

So far, Chipotle said it has met certain other targets:

The report also includes some non-consumer-facing success stories. Last year, for example, the chain changed the shape of its burrito bowl in order to double the number that would fit in a single case. That allowed Chipotle to reduce the number of cases shipped, thus utilizing less cardboard packaging. By the end of this year, the chain hopes to reduce the burrito bowl pallet size by 30%.

“Being transparent with the world holds us accountable for our actions,” Niccol said in a statement. “We want everyone to know exactly what we are doing, from how our food is raised to how it is served. We are doing our part to help limit our impact on the environment and to change the way people think about trash, energy and food.”

I Eat My Greens soup founder sails into the NEXTY Awards finals
Nov 03, 2022