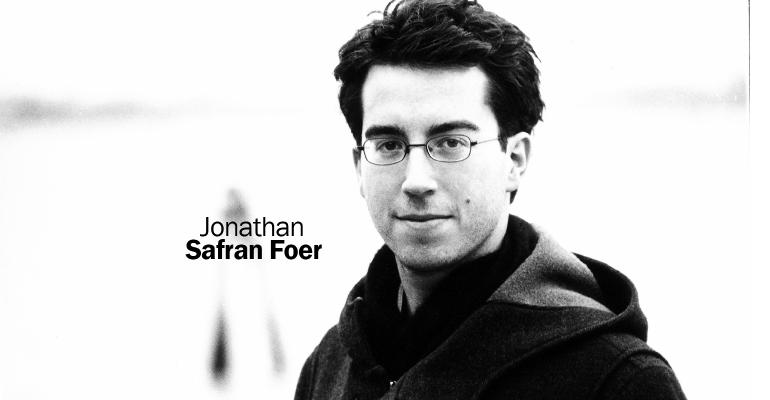 The acclaimed author will give his take on the power of storytelling, a cultural tipping point and why he's optimistic about the future of food.

In his book Eating Animals, Jonathan Safran Foer dissects what it means to eat meat and dairy products in today’s world, why we eat what we do and where hope for tomorrow resides. Foer will share his thoughts and the lessons from many months of researching the food industry at 8:30 a.m. ET on Friday, Sept. 15 at Natural Products Expo East.

Foer’s talk is free to all Expo East badge holders; and, if you’re in Baltimore, you won’t want to miss his astute take on the food industry, how we can use storytelling to shape a brighter food future and why we should be paying attention to college campuses to catch a glimpse of what that food future may look like.

If you have questions you’d like to pose to Foer during his keynote, tweet them to @carlottamast, using the hashtag #ExpoEatingAnimals.

Here is a glimpse into a few of the topics I will be discussing with Foer during his Expo East keynote address on Sept. 15.

In Eating Animals, you write about the power of story to shape how a culture views food and what it will eat or won’t eat. How can we use storytelling to change the way people eat in positive ways?

Jonathan Safran Foer: One of the mistakes that is often made when talking about food is reaching for one answer. What is the technology that is going to solve this problem we have? What is the story we can tell? What is the single piece of advice you’d give for how people should eat?

The most honest and humble and I believe effective approach is both flexible and eclectic. There are certain kinds of stories that reach certain kinds of people. The story of animal welfare reaches some people in ways that inspire them to make dramatic change. Other people might not like the way animals are treated in the meat industry but they won’t make changes in response. And yet these same people may care deeply about the environment and that is what motivates them to change. Still others may care most about the global economy or how farmers are treated. It is worth acknowledging that this reality is not a problem but another potential solution. Each person eats for his or her own reasons. There isn’t going to be a silver bullet. [For brands], the best approach is to invest energy in what you believe in yourself versus what you think others believe in. From this approach, you will find the answer.

Do you see change occurring?

What story motivated you to become a vegetarian?

JSF: The one thing that changed me was not an awareness of what is going on in factory farms but rather the scale of the domination of factory farming. If you would have asked me before I began my research how much meat is produced via factory farming, I would have thought 50 or 60 percent. But it is actually 99 percent that is factory farmed. I often say to people, ‘I don’t even know if I’m against meat.’ I really don’t, but I do know that I am against the way we are doing it. I also don’t know if there is a realistic way of changing the current system if people continue to eat as much meat as we currently do.

Does anything give you hope that the system can change and we as humans will consume less meat?

JSF: There is nothing but hope. The problem is the residue of an old way of thinking and eating, an old culture and habits. Those can be extremely hard to break free from, but again we are seeing it happen on college campuses and high school campuses.

How do we help farmers to see this hope and be part of the solution versus resisting change?

JSF: When I was doing my research, I heard farmers tell me again and again that they don’t grow what they want to grow; they grow what people want to buy. Farmers meet the demands of the public. As we ask for different things, they will grow different things and produce in different ways. I never met a farmer or heard of a farmer who wants to be a factory farmer. They become farmers not because they hate animals or want to destroy the environment. They went into it for extremely honorable and understandable reasons. They want to take care of animals and be stewards of the environment. These are very old values. These are biblical values. Factory farming has taken it from them, and consumers are as guilty as anyone.

We have the power to ask for something different, and we may have to pay more or eat things we might have forgotten how to appreciate, but that is all possible and it’s happened before. We eat 180 times as much chicken per person as we did a century ago. That change happened, and we can drive equally dramatic change to reverse that consumption.