Get inspired by these under-30 better-food champions 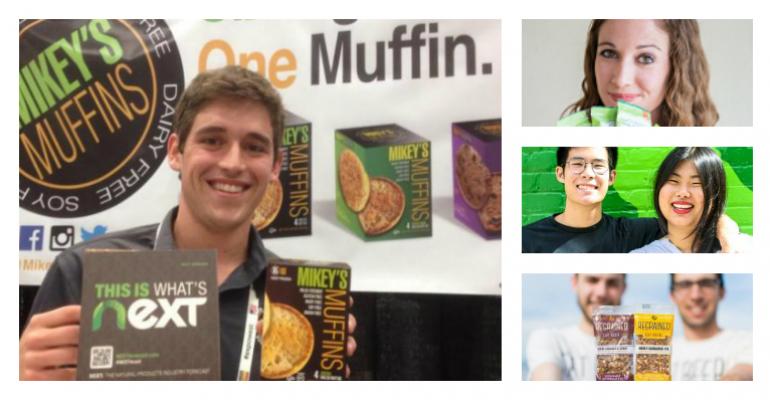 Collectively, this group of young entrepreneurs is taking on some of the food and nutrition industry's biggest challenges and bringing interesting ingredients and products to the market.

Forbes's annual 30 Under 30 list always provides a taste of what determined young entrepreneurs are doing to make the world a better place, and this year is no exception. In the realm of food, supplements and agriculture, this year's list includes a few familiar names in the natural products industry and many new ones that are worth taking note of.

With the mission to “forge a direct connection between chefs and farmers to improve the lives of the people and animals that feed us,” Happy Valley Meat Company helps small farmers market their products to chefs. It buys whole animals directly from farmers in Pennsylvania, processes them and sells the cuts to restaurants in New York, Connecticut, New Jersey and Pennsylvania. The certified B Corporation abides by the “five freedoms” of animal welfare: freedom from hunger and thirst; freedom from discomfort; freedom from pain, injury and disease; freedom to express normal behavior; and freedom from fear and distress. Honig has a master’s degree in bioethics. Longtime friends Won and Yang teamed up while they were students at Georgetown University to turn farmers market produce that didn’t sell into tasty juices, which they sold at student-run coffee shops. They won a pitch competition at Georgetown and later incubated their business at the Chobani Food Incubator.

Imperfect takes produce rejected by retailers, sells it to consumers at a discount and delivers it to their doorsteps. An offshoot of the Food Recovery Network, the Bay Area startup raised more than $38,000 on Indiegogo.

Kamine’s New Jersey startup works a different angle of the food waste issue by commercializing a process that converts food waste from grocery stores into chemical-free fertilizer. The waste is mixed with enzymes and, in a process designed to mimic a human’s digestive system, is converted in just three hours. It’s partnered with California Safe Soil to scale the infrastructure. Watch Kamine’s TEDx Asbury Park talk below.

After they fell in love with the sustainable energy that matcha gave them, the brothers Fortgang began spreading the word to their family and friends about the magical, green Japanese powdered tea. In 2015 they opened the first of three MatchaBar cafes and, shortly thereafter, launched a bottled product at retail.

Dee and Devane created a company that offers coworking space, an incubator and a test kitchen for emerging food brands, giving them access to the equipment, knowledge and mentorship they need to launch healthy food businesses. So far its three locations on the East Coast have helped almost 200 companies get off the ground.

Selling beverages direct to consumer can be tricky and pricey, but Dirty Lemon makes it work by building a personalized relationship with its customers that allows them to place orders and ask questions via text message. It works with food scientists and a naturopath to develop wellness beverages that contain collagen or charcoal or matcha, for example. Dirty Lemon says it’s processed more than 1 million messages since launching in 2015. To date, ReGrained has upcycled more than 21,000 pounds of brewer’s malt into healthy snacks. As college students, it was Kurzrock and Schwartz’s idea to make use of the high-protein and high-fiber spent grain leftover from brewing their own beer. The result? A line of supergrain bars that are nutritious and reduce waste.

Along with their elder sister, Shelby, the Zitelmans sell premium tahini to both consumers and foodservice providers. Jackie's Israeli husband has been in the tahini industry for years and inspired the formation of Soom, which uses single-sourced Ethiopian White Humera sesame seeds. After four years at The Culinary Institute of America and a short stint as a chef, Tierney was working with a Long Island health food store on ready-to-eat products and found that his paleo-friendly English muffins were a hit. He launched a line of frozen English muffins under the name Mikey’s Muffins in 2014 and has since added paleo pizza crusts, breads, tortillas and muffin tops.

Bringing personalized health to the masses, Shah and co-founder Craig Elbert launched an e-commerce supplements company in 2016 that creates personalized daily vitamin packs based on user-provided information and goals, and delivers them. Care/of raised a $12 million series A funding round with buy-in from several venture capital firms in July. While serving as a Peace Corps service member in West Africa, Curtis discovered that including the plant moringa in her diet helped her feel more energetic. She built Kuli Kuli around the idea of sourcing organic moringa powder from women-led cooperatives there, and developing products that incorporate the ingredient, which is rich in iron, calcium and antioxidants. It launched in 2013 with snack bars and was lifted early on by a community of crowdfunders. It then introduced moringa powder and energy shots, and continued to build its supply chain in other parts of the world.

The child of immigrants who sometimes struggled to find suitable job opportunities, Lee experienced hunger first-hand as a child. The nonprofit food rescue organization that he founded after college operates in 12 cities to both fight hunger and food waste by providing services including food waste consulting, excess food delivery, co-branding services and tax credit assistance.

After spending four years during college working with Farmer Foodshare to fight hunger, Mateer started Seal the Seasons, which works with local farmers to flash-freeze local produce so that people can buy it year-round, and to give small farmers a market for their produce all year long.

Walk before you run: An interview with Benjamin Stern, the 17-year-old founder of Nohbo
Feb 24, 2017