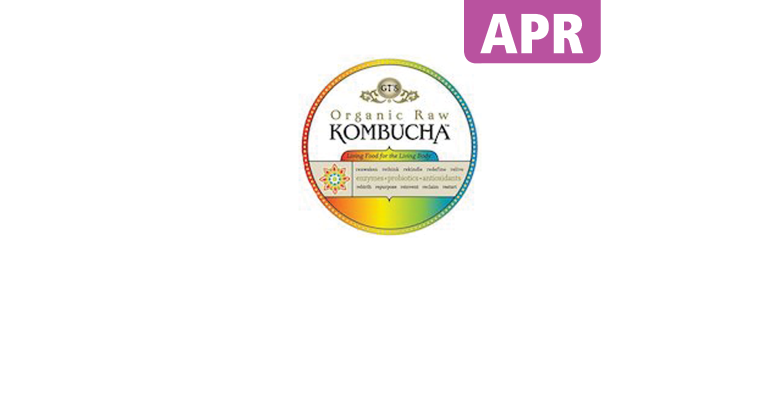 GT Dave owes a lot to kombucha, and kombucha owes a lot to GT Dave. His company, GT’s Kombucha, created the kombucha category at retail, and it’s a category he continues to dominate after more than 20 years in business.

Industry sources place kombucha sales at north of $600 million, with GT’s commanding at least 50% of that total. Some quick math then posits GT’s as a $350 million enterprise, and, unlike many of the competitors now surfacing in its wake, the company remains independently owned and operated by its charismatic founder.

GT’s began as a home-brew operation heavily inspired by the Eastern philosophies espoused by the Dave family on their frequent trips—with a young GT in tow—to Indian ashrams. Health struggles plagued the family over the years, delivering a personal resonance to the benefits of kombucha as a living, raw, probiotic elixir. GT’s mom, Laraine, credits kombucha for helping her survive an aggressive breast cancer, and early converts to the beverage in the U.S. attribute all manner of health benefits to its consumption, from detoxification and digestion to focus and mood.

“As a company, GT’s has fundamentally developed the kombucha category in the U.S.,” says Mike Bush, President of Ganeden and a key supplier to GT’s probiotic blend. “Their devotion to the kombucha space, dedication to high-quality products, and commitment to their consumers has established a high bar for the rapidly growing market segment.” Indeed, GT is known to be something of a control freak, as many founders prove to be. He owns 100% of his company, shuns co-packing, and emphasizes quality over profit at every chance he gets.

When The Great Recall hit kombucha in 2010 over concerns that alcohol content was creeping above 2 percent as products continued to ferment on shelf (0.5% is the legal limit), Whole Foods yanked bottles and millions in sales vanished overnight. While competitors exited the market or adjusted manufacturing with quicker ferments and added carbonation to get back on shelves within weeks, GT’s took more than three months to adjust its chemistry. The company ultimately launched a new line to address regulatory concerns and brought back its original formula with age warnings on label. “If you look at some categories—particularly for edgier products—the first guy through the door always takes the gunshots,” says Jeff Klineman, editor-in-chief at BevNET. “But GT’s has barreled through all of the controversies because of the tightly wired connection between the company and those consumers.” During the fermentation issues, the biggest concern for the customers was, simply, when will the products be back? Which speaks to a loyal group of believers, says Klineman. “I don’t know that a corporately-owned brand would have survived ... GT’s own vision and connection with his fans makes for a smaller-company feel.”

Mike Burgmaier of Whipstitch Capital puts it this way: “GT’s pioneered a category that has brought health, wellness, and refreshment to consumers, and helped enable many new kombucha upstarts to the category. They were a visionary, and they executed.” But will the party last? Experts predict that kombucha has only begun to go mainstream, which means increased competition from well-heeled brands willing to differentiate away from kombucha’s core faithful. “The kombucha category will be huge,” says Burgmaier, “and GT’s will always play a major role—that is clear. But others like KeVita, Health-Ade, Humm, and Revive are following GT’s lead and filling out the kombucha umbrella. Kombucha is headed towards large mainstream success.”

Brad Barnhorn, a leading board member to natural products brands in food and beverage, sees a similar shakeout to the category, even as GT’s maintains its solid footing as an entrenched leader.  Barnhorn sees two variables that will shape the kombucha market. “The first is more segmentation between alcoholic and non-alcoholic products, and the second is the share of category that will go to larger national brands versus smaller local and regional brands,” he says. “Most companies in the space envision having a national footprint, but who will make it?” There’s usually only room for two to four big, national brands in a specific beverage category, Barnhorn explains. “GT’s has one of those spots in kombucha.” Barnhorn also points to the emergence of KeVita (now owned by PepsiCo) and Health-Ade (with venture backing from CAVU and First Bev, itself with ties to Coke) as two challenger brands building a national presence.

But that first-mover advantage is hard to overcome, especially when the outlier matures into a true category leader, able to execute at scale and weather the pitfalls of greater scrutiny. “The kombucha category is interesting to watch, as there are hundreds of upstart companies craft-brewing kombucha and moving into local and regional markets,” says Bush. “As these companies—and related companies in the fermented but non-kombucha space—garner more attention, the category will certainly continue to grow, but GT’s is at the core of the market with established distribution, well-developed operations, and the ability to scale, while still producing a high-quality, fresh product. I believe they will continue to lead the category.”

“GT’s doesn’t have consumers, it has acolytes,” says Klineman. “Yes, the category has grown and there are new brands that have some mojo, but this company’s resonance is so strong that even the headwinds the category faces haven’t slowed it down. The next few years will be telling as to whether it’s ultimately the category or the brand that wins out.” He compares this to Boston Beer, whose Sam Adams so successfully created the craft beer category that it has trouble keeping up. Though, he admits, “It’s certainly a nice problem to have.”

The link to craft beer is particularly relevant. “I see kombucha and craft beer already beginning to merge together, and I see that process only accelerating,” says Barnhorn. “There’s overlap with the channels, consumers, and distribution, and kombucha is a logical extension, given its alcohol content. You’re already beginning to see bars with kombucha on tap, right next to craft-brewed beer and maybe even a cold-brew coffee tap too. You can move down the line from alcohol to low-alcohol to non-alcoholic.”

GT Dave has spoken publicly of his interest in expanding beyond kombucha into new food lines or cafés or even film production. Maybe there’s a GT’s beer in our future. Maybe Barnhorn’s hypothetical bartenders should hold two taps for GT.

Ganeden capitalizes on the probiotics boom with R&D, IP and integrity
Apr 26, 2017
How to build a ‘passion’ brand like GT’s Kombucha and Hyland’s Teething Tablets
Jun 23, 2011