HomePeople and Company ProfilesHome nutrient tests guide consumers in proper supplement use
Recent
Latest
Sponsored Content
The goodness wrapped in a certified organic seal – video
Podcast: What brands need to get on shelf at Fresh Thyme Market
May 24, 2022
Natural Habitats releases Palm Positive+, A Reference Guide
May 24, 2022
The Planting Hope Company aims to prove gender equity leads to success
May 23, 2022
Trending
Getting ready for 2023: Trends for brands to consider
May 17, 2022
Whole Foods' honors 30 companies with 10th annual Supplier Awards
May 18, 2022
6 tips to promote consumer understanding of Certified Organic
May 18, 2022
Natural beauty market trends
Jun 16, 2021
NBJ
brought to you by 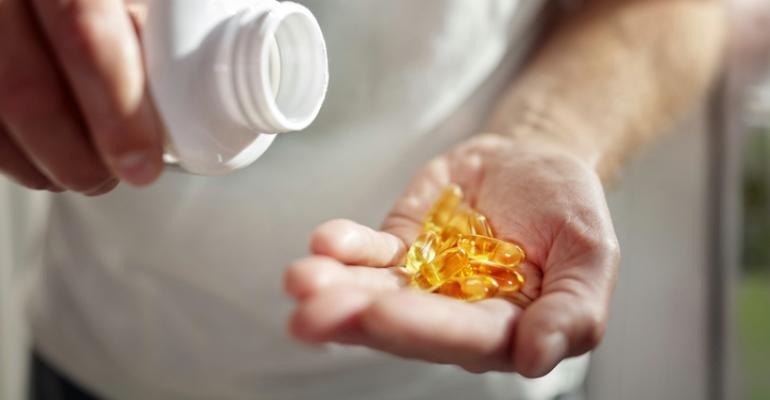 Grassroots Health and the Organic & Natural Health Association use home nutrient tests to create a crowdsourced nutritional research model that could transform healthcare.

Dr. Tieraona Low Dog had a question for the supplements industry professionals gathered for the United Natural Products Alliance conference in Santa Fe. It was a basic question about a basic nutrient. “How many of you know your vitamin D level?” she asked.

In a crowd of dozens, three hands went up.

If that’s the story in an industry built on nutrition, it’s hard to imagine that many consumers are going to be so informed. It’s the kind of statistic that frustrates Carole Baggerly, but Baggerly has done something about it. As founder and director of Grassroots Health, a home test and data gathering organization, she knows what can be done and what’s not being done. The need is vast and unmet. “People want to take action,” she says. “The minute you provide the opportunity to them, they do.”

Grassroots Health has recruited more than 10,000 people who have had their vitamin D tested and filled out a detailed health assessment that adds to mountain of data available to researcher. Participants pay for the test and can see how their le vels match up with health conditions, providing actionable insights. Teaming with the Organic & Natural Health Association (O&N), Grassroots is expanding the program and adding omega-3s, creating a model that could be expanded to include other data. It’s that game-changing model that earned Grassroots and O&N the NBJ Education Award. If more people knew more about their levels of basic nutrients, it could transform not just the supplement industry, but the entire U.S. healthcare system.

O&N director Karen Howard admits she could have been one of the majority of people in the UNPA conference who didn’t raise their hands. Until recently, she didn’t know her vitamin D levels. She didn’t know if she was getting enough omega-3. She wasn’t. “I was a little surprised because I like mackerel,” she says. “But you have to eat it three times a week.”

Howard had done what the supplement industry had asked of consumers: She’d taken her supplements not knowing if she’d done herself any good.

“People have been taking supplement on faith for a long time, and when you have a chronic disease, you can see results,” Howard says. “But most people do it because we believe in it, and that’s not a way to change the healthcare system.”

Transforming healthcare is what Baggerly set out to do when she founded Grassroots Health in 2007. She didn’t come from a nutrition or healthcare background. She’d worked the business side of aerospace. But when she saw the “barbaric” reality of breast cancer treatment firsthand, and then learned the role of vitamin D in preventing breast cancer and a host of additional conditions, she applied her business background to a scientific challenge. “I’m a business startup person. That’s what I do,” Baggerly says. “If you have a problem, let me start a business to solve it.

She is sometimes astonished at the results. With limited resources, Grassroots has recruited a cohort of more than 12,000 people who have paid to have their vitamin D levels tested. That research has driven a number of papers, suggesting vitamin D has a role in a host of health issues. A cooperative education and testing program with the Medical University of South Carolina reduced preterm births, and other departments at the University are approaching Baggerly and Grassroots Health. “We have created an entrée into the medical industry,” she says.

“We don’t have enough money to pay for fee-based medicine and keep our population healthy,” Baggerly says. “I am a true believer in the economics.”

But as much as she is encouraged by the economics, the science and the “nutritional field test” model, she is equally impressed with the response from the people seeking the tests. She remembers hearing the same thing in phone call after phone call. “They’d say ‘You have given me the ability to take charge of my own health,’” she recalls.

Todd Norton, vice president of business development at Aker Biomarine, says his company saw the same response when it offered omega-3 testing at SupplySide West in 2015. Again, nutrition industry professionals had no idea of their levels and were excited to learn them. “It was really a nice snapshot of their health,” Norton says.

The test provided an answer to a question that had puzzled Aker and other omega-3 companies—really all supplement companies. They couldn’t tell people how much to take. “When you ask us what your intake should be, it really depends on where you are at right now,” Norton says.

The response shows how deep consumer curiosity goes, Norton says. If the supplement industry could answer those questions and make the nutrients commonly missing from the American diet a n actionable and individual matter, the value proposition for supplements would change dramatically. “Measure your numbers. Know your numbers. You don’t have to guess,” Norton says. “It’d be a different world, a different landscape.”

Put to the test

The change wouldn’t end at awareness either, Howard explains. Compliance is the bonus. The Grassroots and O&N “Power of Nutrients” program suggests retesting every six months. Howard knows how that six-month date affects her. When she knows it’s coming, she’s more diligent in her supplement regimen. Compliance has always been a central issue for supplement sales. Testing is a strong nudge. “When I know that in six months I am going to have my omega-3 level measured, all of a sudden I’m really good at remembering to take my supplements,” Howard says.

For Baggerly, it’s not just the test and a single nutrient that becomes the nudge. It’s the ability for people to find other ways to take charge of their own health. “People are ready to move,” she says. “There are so many people who are health-conscious and know there is a better way to do things, and they are not getting the answer form their physicians.” It’s the sort of thing that doesn’t just change lives, she says. It changes the entire healthcare system.

“I think healthcare is in the process of changing already,” Baggerly says. “Monumentally.”

Organic & Natural Health Association takes a close look at 'the most regulated of foods'
Feb 01, 2017