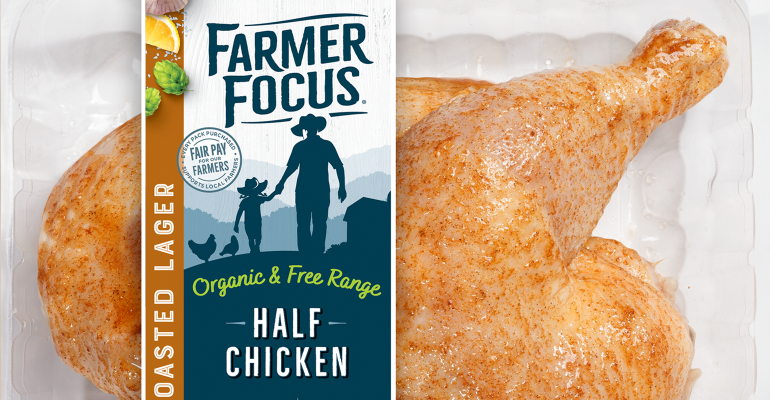 It's not often that a single brand is nominated for a NEXTY Award in three categories in a single round—in fact, it's extremely rare. But Farmer Focus was named a finalist in the 2021 Natural Products Expo East NEXTY Awards for Best New Organic Food, Best New Mission-Based Product and Best New Meat, Dairy or Animal-based Product for two new products in the company's pre-seasoned chicken line that were born out of the pandemic struggles and demand of home cooks seeking easy-to-prepare meals.

The company took home the win for two of the three categories it was named a finalist for: Best New Organic Food—for its Rich Red Curry Organic and Free-range Chicken Thighs—and Best New Meat, Dairy or Animal-based Product—for its Toasted Lager Organic and Free-Range Half Chicken.

To say the NEXTY judges were impressed with the company's new line of delicious products and its mission to disrupt the conventional chicken farming model would be an understatement.

That mission—to promote and protect generational family farms—is all about partnering with farmers to work alongside them, ensuring farms are profitable and viable for the next generation. Featured on the product packaging is one of 73 current partner farmers with his granddaughter, representing the company's commitment to building a better future for generations to come.

Also included on each package is a four-digit Farm ID that consumers can use to get to know the farmers behind their food.

Sixth-generation chicken farmer and Farmer Focus CEO Corwin Heatwole shares how this unique model has allowed Farmer Focus to catapult to becoming the largest exclusively organic chicken company in the U.S., with over 100 farms waiting to partner with the brand.

What is your approach to working with farmers and how is that embedded into the values of your brand?

Corwin Heatwole: Farmer Focus is a brand solely focused on the farmer as we believe that when you empower independent family farmers and allow them the opportunity of ownership, that's where the best and highest quality starts. We've built that relationship with the farmers and partnered with them under that structure that we call our model. And as farmers in the community talk among themselves, the word spreads and more and more farmers have desired to be on our waiting list. And so the company continues to grow and grow, and we come into times like the opportunities that were presented from COVID-19 with spikes in retail demand.

How have you managed the spikes in demand and the rapid growth this year and last? 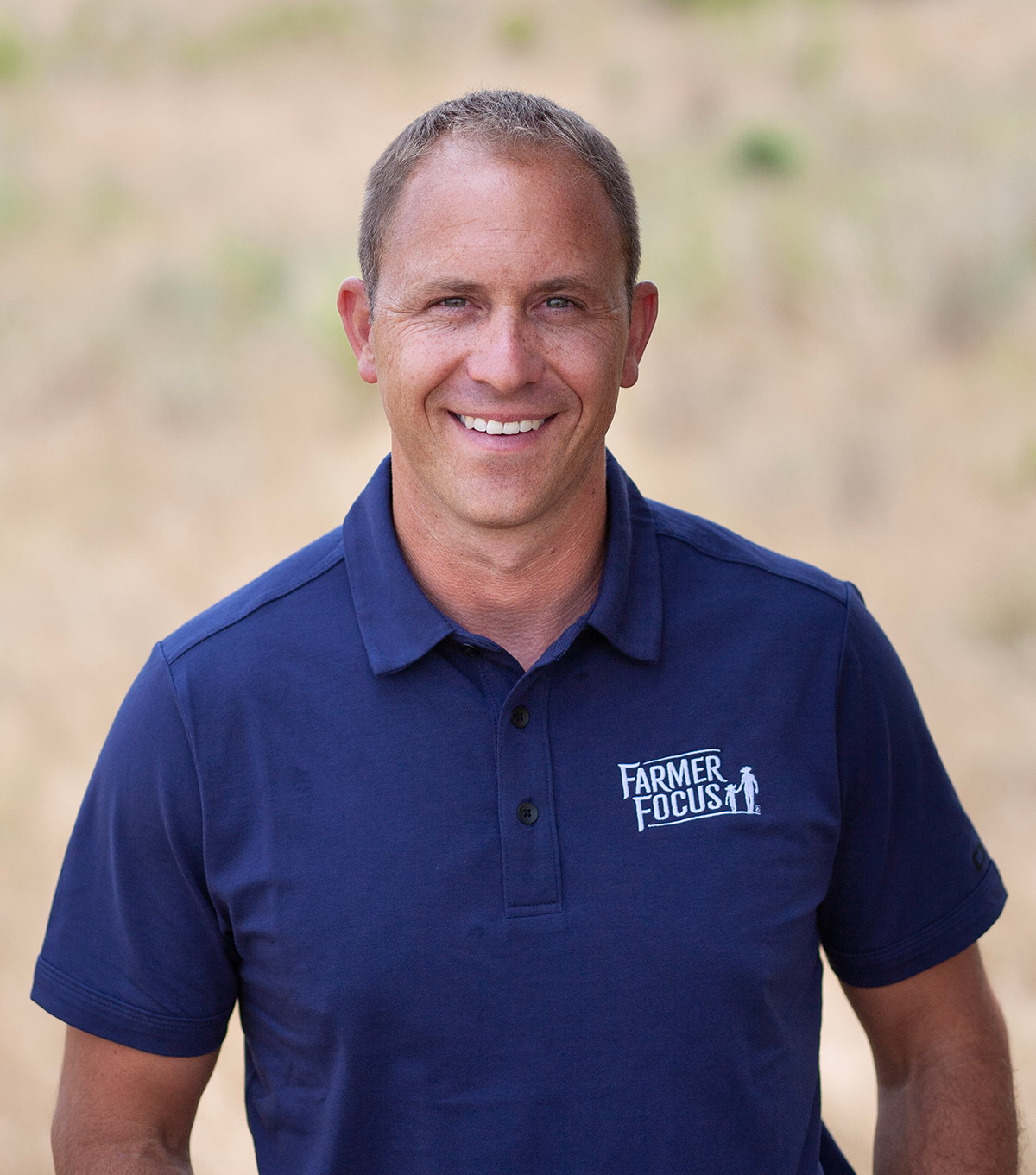 CH: We had the processing capabilities already built, and a fabulous team of servant leaders ready for the tasks of quickly increasing our production to meet those demands. That's when we expanded our farmer partnerships by 62% because the pipeline of farmers was waiting, and we had everything lined up and the capacities to grow. From here, as the brand continues to gain traction and resonate with consumers, it'll just allow us to partner with more of those 100-plus farmers that are on our waiting list.

What does it mean to partner with these independent farms under this model?

CH: In contrast to the conventional methods of producing poultry, our partnership model allows the farmer full ownership. Everything the birds are fed, everything on their farms is the ownership of the farmer, so they are truly independent family farmers. It's their own business. We give them the decision-making authority for their own farms and then we can ensure consistency by maintaining the organic certifications, the animal welfare certifications and everything that ensures that we are operating with great animal husbandry and consistency for our consumers.

Why do you think other poultry companies don't adopt a similar model?

CH: The poultry industry is highly consolidated even to where three companies produce over 50% of the nation's 8 billion chickens a year. Virtually all of the poultry companies use the same model, which is the vertically integrated model where they own everything on the farmer's farm. The farmer only owns the buildings. Then he farms by the playbook that the company gives him, so they don't really have the flexibility to make the decisions that we believe belong in the hands of the farmer. The demand for faster and cheaper food is what has driven this integration and consolidation in the industry and it's just what everyone's doing. But we are here to say there is a better way. And guess what? We've been doing it for seven years now and it's working so well. When you empower farmers by allowing ownership it really self-incentivizes a special level of animal husbandry and attention to detail that results in a higher quality at a lesser cost.

How else do you differ from other organic chicken companies?

CH: Well, it is exciting that we are the largest 100% exclusive organic chicken producer nationally now because a lot of producers also have other categories like antibiotic free or a conventional product. But being that we are 100% organic, it allows us to focus on being the absolute best at being an organic producer. We don't have that diversity of product offerings or distractions.

What does being a NEXTY Awards finalist in three categories in one year mean for your company and you as a CEO?

CH: It's exciting as innovation is happening on all fronts, with innovation at the farm level as well as innovation at the product level, which is really where we've been focused. So it is an absolute honor and privilege to be nominated for these because I think it's a testament to the quality of leaders we have driving that innovation.