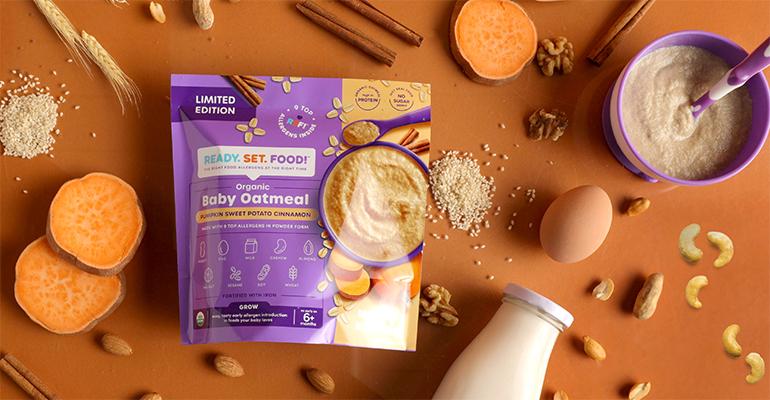 This allergen-forward company started from scratch to help parents introduce common allergens to babies. Getting physicians' support attracted investors and moved the brand to scale.

For Dr. Andrew Leitner, the idea for co-founding California-based Ready, Set, Food!, started in 2017 when his infant son began reacting to peanuts.

Leitner, an anesthesiologist, knew the updated allergy guidelines. The landmark Learning Early About Peanut allergy (LEAP) and Enquiring About Tolerance (EAT) studies, published in 2105 and 2018, respectively, suggested that giving children allergens at an early age reduces—instead of removing them as previously recommended— the frequency of food allergies. One in 13 children in the United States have food allergies, according to Food Allergy Research and Education, a nonprofit research and advocacy organization that is known as FARE.

After Leitner and his wife gave their 7 ½-month-old-son a spoonful of peanut butter and bananas, his lip swelled, he started drooling and hives emerged all over his body.

“It was the whole nine yards,” Leitner says.

Shortly afterwards, Leitner went hiking with his brother-in-law, Daniel Zakowski—who would become another Ready, Set, Food! co-founder— and told him, “It seems like there should be a way we can get these allergens into a bottle.”

As the duo began working on the concept, they pulled in a friend, Dr. Katie Marks-Cogan, as their chief allergist.

“From that point, it was getting from an idea to, ‘Does this actually work?’” Leitner says. “Good ideas are the easy part. Executing on them requires patience and humility.” 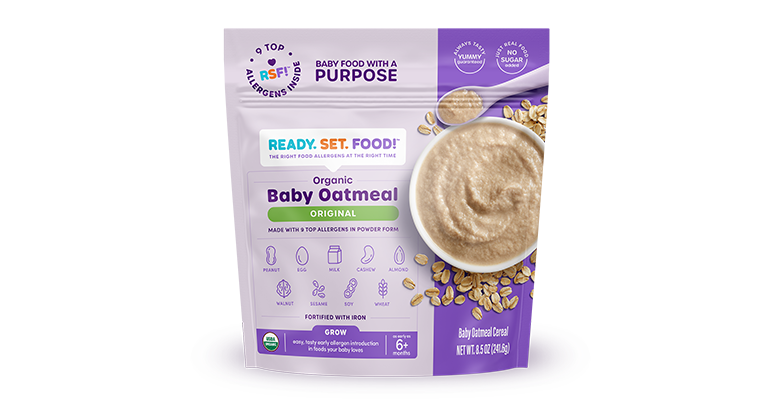 The team already knew many parents were struggling to feed their babies allergen-centric foods in the hopes of preventing food allergies. To make it easier, the company focused on creating pre-measured packets filled with the nine most common childhood food allergies, such as peanuts, milk and egg, that parents pour into bottles of breastmilk or formula, or mix into solid food. The product, which is proprietary blend, dissolves into the liquid or food.

The three-stage system, which went to market in 2018, allows parents to introduce food allergens to babies as young as 4 months old in a product line-up that recently added allergen-filled organic baby oatmeal.

“You can't just introduce peanuts once or twice into your baby's diet, and hope that they're not going to become allergic,” says Marks-Cogan, a board-certified allergist who runs her own practice in Culver City, California, and another co-founder of Ready, Set, Food! “It has to be consistent. You have to have sustained exposure and that’s very hard.”

This potential resolution to a growing problem has been quite attractive to investors. According to Crunchbase, Ready, Set, Food! has raised $9.3 million, including a $3.5 million round in 2021 that Finesmes reported was led by Edward-Elmhurst Health, with participation from returning investors Danone Manifesto Ventures, Dallas Stars NBA team owner Mark Cuban and AF Ventures (formerly AccelFoods). Ready, Set, Food!, which appeared on ABC’s Shark Tank in 2020, says more than 25,000 families have now used their 100% organic products. 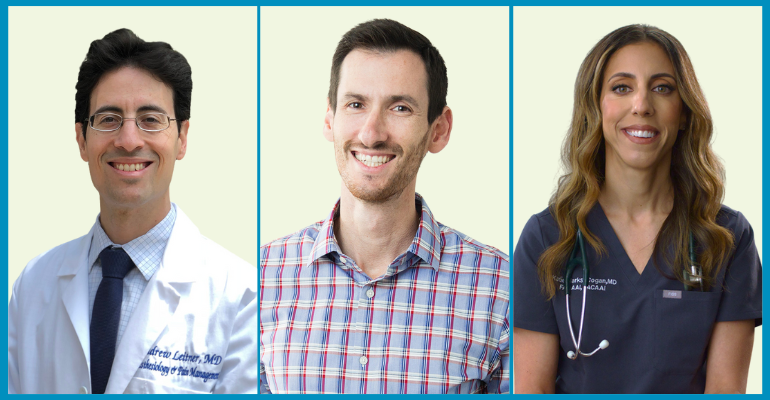 “Doing that early was a key to our future success,” Zakowski says. “It’s important to understand what you're not good enough at and bring in people who can help you in those areas.” Ready, Set, Food! sought the help of Aaron Rowe, a California biochemist and software developer focused on public health with a background in machine learning for medical diagnostics. Rowe played a critical role in figuring out how to dissolve peanut butter in a bottle of breast milk without using additives, Zakowski says.

Create a medical advisory board to vet concepts, formulation

The founders had an idea of what parameters they wanted to use with their proprietary formulation, Leitner says.

“We wanted it to be evidence based,” Marks-Cogan says. The initial focus was on the top food allergens—egg, peanut and milk—since cow’s milk is the most common allergy in infants and young children, according to  FARE. To vet the concept, they interviewed about 20 pediatricians and at least six academic “thought leader” allergists.

Marks-Cogan helped recruit some top medical experts, including Jonathan Spergel, chief of the allergy program at Children’s Hospital of Philadelphia and an eosinophilic esophagitis expert, and Gary Rachelefsky, the former president of American Academy of Allergy, Asthma and Immunology (AAAAI), and a number of their colleagues to vet the formulation and sit on brand's medical advisory board.

The founders also wanted to make sure every parent could use their product at home without medical supervision, regardless of their baby’s risk factor.

“That way, when we did the trial, it was more about taste and flavor, not is this a dose that will be effective,” Zakowski says.

In the beginning, Leitner says, their business concept focused on “the pain points” of parents who couldn’t get sufficient amounts of allergens into their babies early enough. One of the biggest questions the Ready, Set, Food! Team tried to answer was, what do busy families need when early allergen introduction is just one of many things they need to think about?

“It’s really hard to do,” Marks-Cogan says. “I was trying to feed my son all these different allergens, pureeing eggs, and telling my mother-in-law what he needed to eat. It’s very hard to be compliant.”

To get parental feedback, Ready, Set, Food! went to Facebook groups and offered parents $20 Amazon gift card if they agreed to be interviewed.

“We’d get their feedback on product design,” Zakowski says. “But then, at the end, we’d ask them if they wanted to use the products on their baby. And almost 100% of them said yes.” Companies that explain the importance of their work will receive more cooperation and feedback  because consumers want to help brands whose missions align with their own, he says.

Know what physicians need to endorse your product

To obtain pediatricians' endorsements of their product, the brand created focus groups of allergist and pediatricians. Company leaders soon realized they had to connect with three distinctive groups of doctors:

Some pediatricians needed to better understand the burgeoning science behind the early introduction of allergens, Leitner says.

Other pediatricians had to be convinced of the need for a commercial product that supported the early introduction of allergens. This group of pediatricians thought introducing allergens was possible with existing food.

A third group of physicians was aware of the science and understood the value of Ready, Set, Food!'s products but needed a deeper understanding of the company’s graded and sequential guided approach.

Ready, Set, Food! started by educating parents on the importance of introducing allergens early in a child’s life. The company then reached out to a broader pediatric network within the health system.

“Once there was a sign-off of the physicians, it became much easier to go to the C-suite or venture arm of the health system, or both, and ask if there as a partnership opportunity,” Leitner says.

Establishing a broad-based medical advisory board early on also helped, Leitner says. “Then you can go to the board and ask for someone to make an introduction,” he says.

“It still feels like timing really matters, when you're talking about product/market fit,” Leitner says. “And the market has to be ready for it, in a scalable way.”

Sales growth for Ready, Set, Food! has mirrored growth of allergy awareness. That’s required focusing first on educating consumers and the medical community on the importance of allergen prevention.

“That's probably been one of the biggest learnings for us,” Leitner says. “It's different to create a better version of something than it is to launch into a completely new category.”