HomePeople and Company ProfilesHow ReGrained turns beer waste into a nutrient powerhouse
Recent
Latest
4 tips to get ahead of chemical concerns in packaging
May 20, 2022
7 CBD favorites in the increasingly popular gummies format
May 20, 2022
Mission MightyMe helps parents introduce allergens to babies
May 20, 2022
UNFI's Eric Dorne to step down as chief operating officer
May 20, 2022
Trending
Whole Foods' honors 30 companies with 10th annual Supplier Awards
May 18, 2022
Sponsored Content
The rise of sustainable business – eGuide
Sponsored Content
Getting ready for 2023: Trends for brands to consider
May 17, 2022
Sponsored Content
Debra Stark’s light shines bright on natural products industry
May 10, 2022

How ReGrained turns beer waste into a nutrient powerhouse 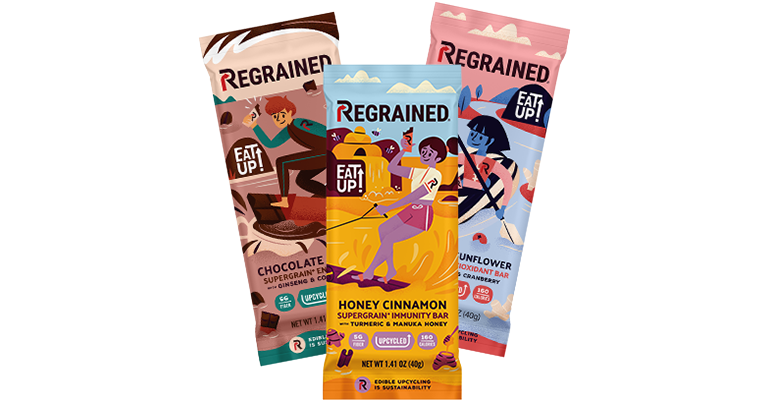 The snack bar company is developing a branded ingredient from upcycled spent grains for large CPG companies to use.

Now that consumers are waking up to the issue of food waste, ReGrained seems like an obvious business idea—but until Dan Kurzrock and Jordan Schwartz started asking breweries for their spent grains, most of it was going either to waste or, often, to animal feed.

Kurzrock and Schwartz knew that these grains retain most of their nutrients throughout the brewing process—they just shed most of their sugar—and so the two friends started making granola bars with them. Now they’re set to expand their own product line under the brand ReGrained while simultaneously focusing on growth through a branded ingredient that is also made from beer’s leftovers, and which large packaged food companies can use in their own products.

Below is an edited version of our conversation with CEO Dan Kurzrock about the future of this changemaking brand. 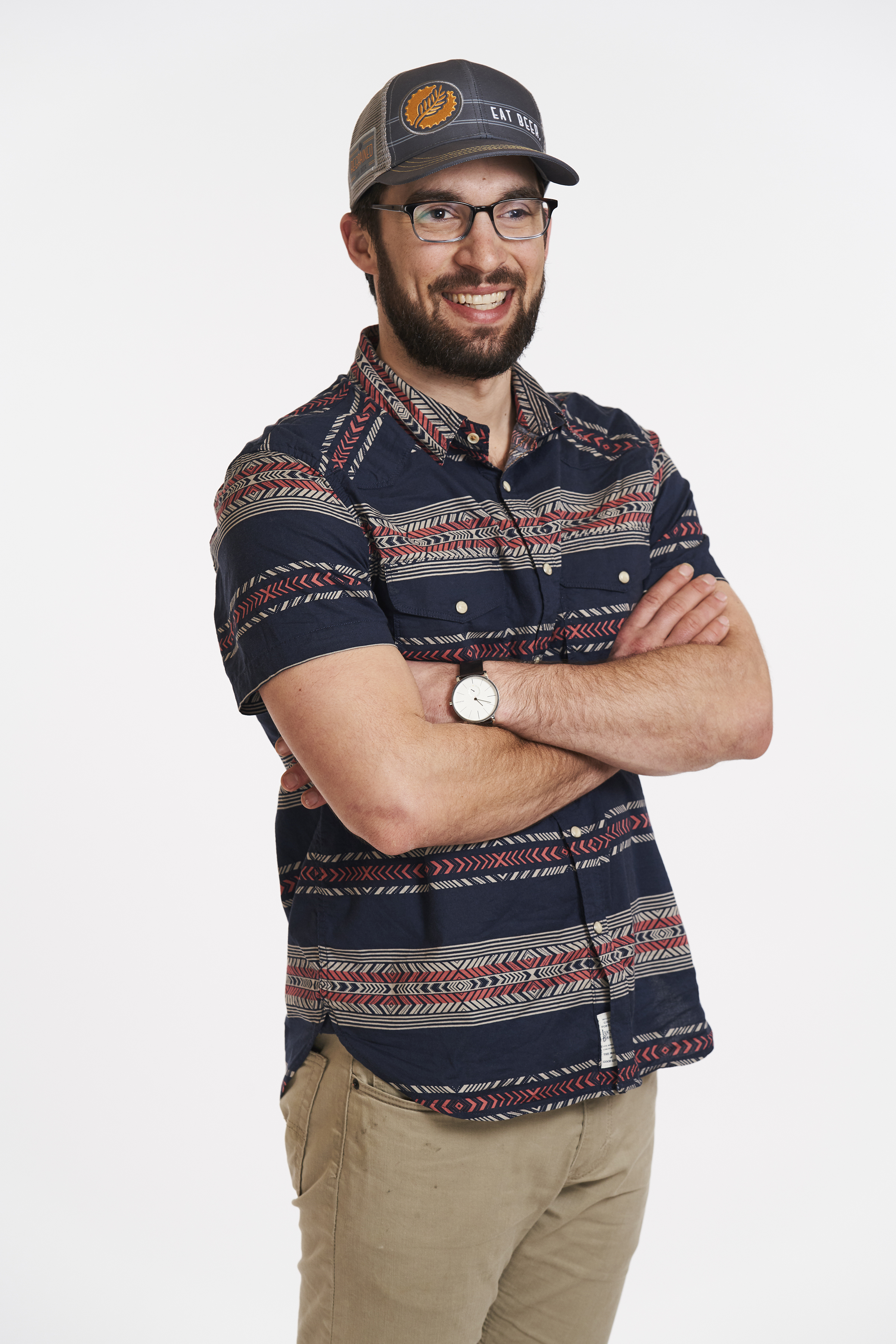 Where did the idea for ReGrained come from?

Dan Kurzrock: The brewing process de-sugars the grain—but it leaves all the dietary fiber, the plant protein, prebiotics, great flavor, the functional benefit. But for a number of reasons, it’s not used; predominantly, it goes to lower uses. And it’s a pound of grains produced with every six-pack; that adds up to 20 billion pounds in the U.S. alone.

I started microbrewing when I was 19. I was personally generating coolers full of this grain and tossing it. I felt horrible, felt like I was wasting food, and I didn’t understand why the brewery books didn’t tell you what to do with it.

I started making loaves of bread, selling those to friends and using the proceeds to buy more ingredients to make beer. I didn’t have a grand plan there, I wasn’t thinking about a business opportunity—I thought the industry had been optimized. The more I looked into it, I realized there was a massive opportunity to connect the dots in a way no one had before.

The analog I use is in cheesemaking, and whey used to be a waste product cheesemakers had to figure out what to do with. Now, cheese is a byproduct of whey production, because the value is realized. So the question is, how do we develop a market to build the value of this resource?

What does ReGrained have at retail currently, and where are you headed?

DK: There are kind of a few layers to ReGrained. One layer is the consumer brand. We create recipes made with upcycled grain—that’s the SuperGrain+ bar, and we have a salty snack coming out in January. That will be a puffed snack.

We also work with other brands and food companies, chefs, to sell the ingredient to them. We have a patent on our process, and our model is to be a branded ingredient. We’re working with these companies on developing ReGrained lines. Crackers and chips, cookies, doughs—those will be first on the CPG side. But we’re discovering new applications all the time.

Any clues as to which CPG companies?

DK: Most of the big [companies] are not ready to be named yet, but we’re already working with [global pasta maker] Barilla. And we’re doing regional plays too, like with fresh pasta maker in California.

Once you launch the branded ingredient, how much of your business and growth do you think it will drive?

DK: The lion’s share is bars, right now. But one of the reasons we created the CPG brand is we can get to market fast. We’ll be ramping up ingredient sales in 2020. I’d expect that by 2021, most of our revenue is ingredient sales.

How did you connect with the CPGs that you’re talking with on the branded-ingredient side?

DK: A lot of them found us. The people in sustainability departments can be a great way in, and that happened at least twice for us, where we connected directly with the sustainability person. It’s great that there are sustainability people at these large companies, even if nothing’s happening fast enough.

How do you create uniformity in your product, when you’re sourcing grains from different breweries and every brewery makes different kinds of beer?

DK: It doesn’t vary as much as you might think. We’re working with breweries making packaged beer. And there’s some proprietary stuff. We’ve developed a very consistent output.

It can get more complicated, and we have ideas for dealing with that problem when the time comes, but right now it’s about creating that base blend.

DK: Rainbow Grocery in San Francisco. We were still making and packing bars in a commercial kitchen. Rainbow Grocery is a totally amazing coop. One of their missions is to support local and emerging brands. It’s our longest standing retail account.

What’s the value of being in independent stores?

DK: It’s where a lot of the early adopters shop. People that shop with their values, are looking to shop local, shop small. They’re knowingly shopping somewhere that’s more expensive instead of going to a mass grocery store. So for introducing new ideas, it’s a good audience.

Have you had to struggle for shelf space?

DK: Definitely—especially in the bar category. When we started selling wholesale and getting into grocery stores, we were astonished to see what we call the great wall of bars. We have a differentiated product, but it’s still part of a very saturated category. The salty snack is going to be awesome. It’s still going to be competitive to get shelf space. I have no illusions.

As more consumers are looking for and brands are making more ethical products, do you see that as an issue of saturation in itself?

DK: I think it could mean the baseline has been elevated for what normal should be. On the other side, there’s the question of—are we getting greenwashing. I think people are getting some of both right now.

What I’m excited by is this next wave of going from things being less bad to actually being good. Look at the example of organic agriculture, and regenerative as the next step. What will be interesting is how that translates to the customer. I think the new baseline will be everything will be less bad. Large CPGs are creating upcycled products with us. Those products are more marketable for these reasons today. I think that’s a good thing, even if the end goal is to make more money—if it’s done in the right way.

How do you communicate ReGrain’s mission to consumers on your packaging and on the shelf?

DK: The central marketing challenge in upcycling is—how do we get them to feel the impact from their purchase but also not yucking their yum by talking about waste on the package?

We developed a logo for upcycling, which other brands are going to be using too. It’s on the front of the package, but it’s at the bottom. It conveys recycling, but we don’t say it outright. People feel good when they buy something they know is sustainable, but it’s not necessarily the driver for that first purchase for trial. We want to create products that taste great, and are a good addition for their active lifestyle, and oh by the way it’s also great for the earth.

What’s your plan for growth and increasing brand awareness? Will you focus more of your energy on CPG than direct consumers and ready-to-eat?

DK: We’re going to continue to expand our own direct sales. Our retail is direct education—we’re teaching people what ReGrained is, so that when it shows up on other people’s packaging, it means something.

We have a few cobranded opportunities that should launch [next year]. We also have some innovative mixes in the pipeline—more on that soon.