Jeff Kaufman: Plant-based champion long before it was cool 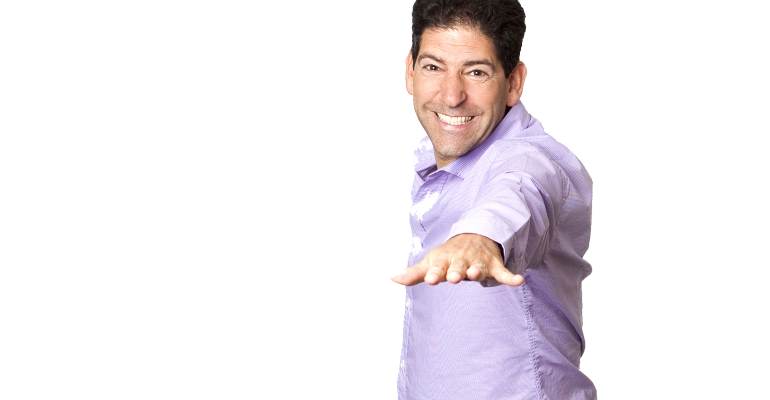 Factory farming led Jeff Kaufman to adopt a vegan diet. Wanting to inspire others to do the same, he opened Roots Market in Maryland.

Nowadays, plant-based eating is all the rage, but that wasn’t the case 10 years ago—and certainly not nearly 30 years ago, when Jeff Kaufman became a vegan.

Once he learned about the ills of factory farming, he ousted animal-based foods from his diet and, over the next three decades, helped countless others embrace a more plant-centric menu.

After working in natural products retail for several years, in 2000, Kaufman founded Roots Market—an early champion of plant-based products—in Clarksville, Maryland. Next, in 2004, he and his team launched a vegan restaurant, Great Sage, and an eco-shop called Nest, which sells organic clothing and fair-trade and artisanal gifts, right next door to the store. Then, in 2007, they added a second Roots Market in Olney.

Natural Foods Merchandiser caught up with Kaufman recently to learn what drives both his lifestyle and Roots’ mission—and why knowing your identity as a store is so crucial.

What inspired you to become a vegan?

Jeff Kaufman: Back in the early ’90s, while in college, I did a lot of research into factory farming, which woke me up to what was going on in the meat and dairy industries. Among other books, I read Animal Liberation by Peter Singer and Diet for a New America by John Robbins. I found Robbins’ story especially exciting and interesting because he was going to be next in line to make millions and millions [of dollars] off Baskin-Robbins, which his father created. But when he looked at the dairy industry and realized how horrific it was, he decided not to get involved with the company and instead went in the vegan direction. It’s always interesting when someone has a lot to lose and still chooses the ethical path.

So, in early 1990, after I got my education on these industries, I went vegan. I got into it essentially for the animal rights aspect, but over the years I’ve come to appreciate the nutritional aspects and environmental impacts.

What was your path to natural products retail?

JK: In 1992, I rode a bicycle across the country, which allowed me to see how people in rural America were using plants, such as comfrey, for healing. This woke me up to the whole herbal medicine side of things and gave me an appreciation for natural wellness approaches. Then, when I got to Berkeley [California] on my bike, I began working at a natural foods market. It was just eight months, but I worked in four different positions in the store, so that gave me a nice footing for learning grocery and deli. Then I came back East and worked with [MOM’s Organic Market founder] Scott Nash in the late ’90s.

What prompted you to create your own store?

JK: Roots came about because I liked what some of the independents were doing with standards and quality, but I also liked how some of the bigger operators were focusing more on aesthetics and the general experience. In creating Roots, we wanted to do that blend—have high standards for products but also create a fun and dynamic shopping experience. 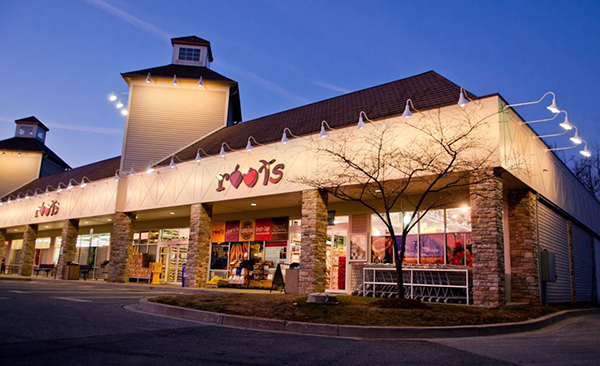 Does Roots Market carry any meat?

JK: We have a very small meat department in the way back of both stores. They are not easy to find, and before you get there, all of our plant-based meats, cheeses and other products are going to be in your face. We are well-known in the region as a plant-based hub. We get in new products faster than other stores do, and we like working with new producers, even small ones that wouldn’t get into Whole Foods because it’s hard for them to be consistent with supply. We love being first to market with new plant-based items.

Why carry animal products at all?

JK: The goal is to have a positive influence on our community and the planet. We decided over the years that we’d lose so many customers if we cut out all animal products, and it is better to have all those people coming into our store. Because that way, we are better able to positively influence them. If meat is X percent of someone’s diet, we can hopefully help make that percentage less and less through our promotion of plant-based products. Over the years, we’ve had a tremendous positive influence on our community.

As a vegan, is it exciting for you to see the proliferation of plant-based products?

JK: Twenty years ago, our products were strange compared to what was found in the mainstream. But now our products are not just in Whole Foods but also in Target and Walmart and everywhere, so it just makes it a different challenge and puzzle. But overall, our leadership team enjoys the challenge because plant-based is what we believe in. Also, we can still stay ahead by having the highest standards, not just by being plant-based but also by not allowing GMO food and by carrying as many fair-trade products as possible.

What keeps customers coming back to Roots Market versus shopping elsewhere?

JK: It’s our team. We have a lot of team members who have been with us quite a while and are here because of their passion for our mission. And of course, we have the best selection of plant-based foods in the region. Also, our stores are just fun to shop at. We keep them clean, our displays are strong and creative, and we put a lot into making it an exceptional human experience. If a store doesn’t make you feel good as a human and doesn’t have that community feel, you may as well just buy stuff online.

Does Roots offer online ordering and either grocery pickup or delivery?

JK: We do a tiny bit of delivery, but our interest is not in copying our competitors. A high percentage of our guests are foodies, and our angle is to make it interesting for them to come back and shop, not for them to just swing by in a rush to grab their groceries. If a customer is not excited to see and taste new foods, they are probably already shopping somewhere else. Our customers get a real kick out of going into a community grocery store, maybe seeing some of their friends, connecting with our team members and having it be a good experience.

JK: I do a lot of traveling, and one of the interesting things about humanity is seeing different people’s creativity in different places. I don’t think it’s a very interesting world if you go to different towns and see the same shops. I find beauty in diversity, so if I go to another town, I am much more interested in the independents than the chains. This applies to food in particular, but also across the board. It’s good to have a true local flavor.

What will keep independents thriving in the future?

JK: It’s just about having an identity. You have to know who you are and not chase the identities of other, bigger operators. You have to understand why you got into this business, what you are trying to do and who you’re trying to serve, and if you stay true to that, hopefully the community will support you. We’ve always known who we are, and our big push toward top-quality ingredients, organic and plant-based has always been a driver for us.