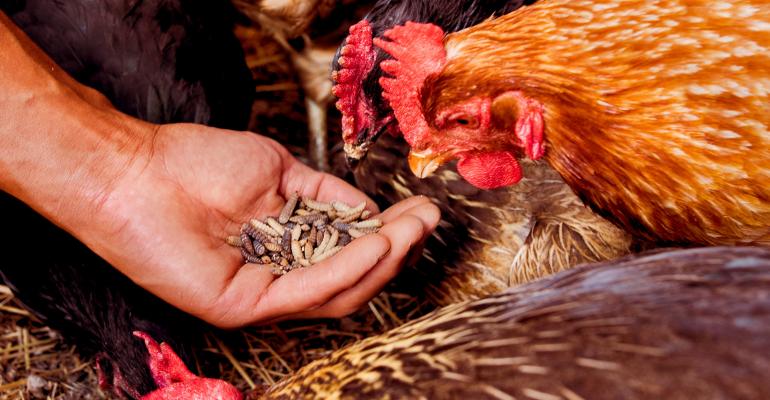 A Boulder-based bug farmer is working to restore collapsed ecosystems by creating an alternative to traditional feed sources.

The destruction of an ecosystem is something Philip Taylor has seen firsthand. The Maryland native's state was once home to blueback herring, but the once-abundant fish no longer occupies the waters.

At the FoodBytes! Boulder Pitch-Slam competition in October, Taylor, an ecology researcher at the University of Colorado, shared a revolutionary idea. His company, Mad Agriculture, took home the Judge’s Choice Award. His plan? To use insect protein to restore the ecosystems that are being destroyed.

It works like this: Mad Agriculture takes the waste from businesses like restaurants and breweries (currently he’s partnering with local businesses in Boulder, Colo.). Black soldier fly larvae are cultivated from the waste, and the larvae are then dried and used as alternative feed for fish and chickens.

"Most people don’t know that the backbone to animal feed is small fish out of the ocean … think anchovies, herring, sardines," Taylor said. "They’ve been plucked out of the ocean at such a rate in the last 100 years that we’ve now collapsed [the ecosystem]. These forage fish are the central player in the food chain, and we’ve basically gone around and plucked them out of the ocean to grind them up and feed them to land animals.”

The other form of protein that’s often used for animal feed is soybeans—one of the most resource-intensive forms of agriculture that exists, Taylor pointed out. The Mad Agriculture premise provides a market alternative to these unsustainable feed sources. He hopes to relieve the burden on the oceans and create space for ecosystems to thrive where they want to thrive. As he sees it, this will happen "while doing a great service to our system level structure where we’re recycling that food waste back into the food economy."

So far, Mad Agriculture has built a pilot facility to run the lifecycle of the bug. But it's now maxed out on what it can handle at the facility. Taylor needs more space. 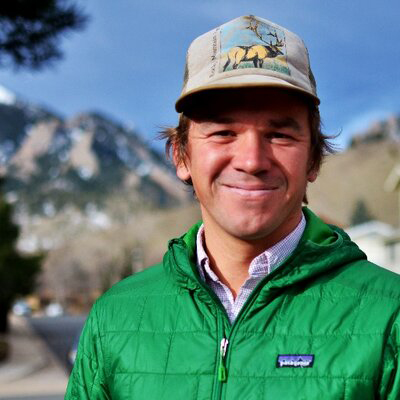 He's currently raising money for a larger facility in conjunction with Eco-Cycle (a community recycling processor) to be able to operate at the municipal scale. He explained that without scale, it’s difficult to get the cost of production down. "Once we can handle 10 tons of food waste per day, the economics should work out that we can actually compete on the open market against organic and non-GMO ingredients,” he said.

The facility can then be replicated across the country. He sees this happening in areas like Madison, Wisconsin, and Bend, Oregon, which have enough consciousness and regulations in place that mandate food waste recycling. Manhattan may even be a contender.

The pilot facility has minimal inputs (the only resource is the energy to keep the bugs warm) and no byproducts. Even the worm castings that are left behind by the bugs are converted into fertilizer.

In the meantime, Taylor said Mad Agriculture is trying to innovate as fast as possible to come up with a minimally viable product to sell. He hopes to start selling the bugs, which have a shelf life of about a year, online and in local retailers soon. The main goal is to hit the boutique market of backyard birds in cities like Brooklyn, Boulder, Denver and San Francisco.

Food waste is increasingly becoming a source of innovation, but as Taylor pointed out, "we do a great job at things like farm-to-table, but we don’t think at all about table to farm, because there’s no value there." Mad Agriculture is trying to change that.

There’s one hurdle Mad Agriculture faces­­: regulation. At the federal level, feeding insects to animals is currently illegal. But Taylor isn’t worried. He said two other companies have been working to push for FDA approval, and he’s confident things will change by next year. He also noted that there’s flexibility at the state level. "The USDA folks in Colorado know what I’m up to."

Taylor says that the bug project, as he calls it, checks a lot of boxes for him—doing what’s right for the world, helping to solve major problems that he’s deeply tied to and helping to build a regional food system. "We’re picking up waste and recycling back into the food system in the most valuable way possible."