HomePeople and Company ProfilesMaking oral health a priority–one lollipop at a time
Recent
Latest
3 reasons natural retailers are inflation-friendly shopping destinations
May 25, 2022
Sponsored Content
Organic agriculture and its impact on ingredients and the planet – webinar
Sponsored Content
The goodness wrapped in a certified organic seal – video
Podcast: What brands need to get on shelf at Fresh Thyme Market
May 24, 2022
Trending
Getting ready for 2023: Trends for brands to consider
May 17, 2022
6 tips to promote consumer understanding of Certified Organic
May 18, 2022
The Planting Hope Company aims to prove gender equity leads to success
May 23, 2022
Natural beauty market trends
Jun 16, 2021

Making oral health a priority–one lollipop at a time 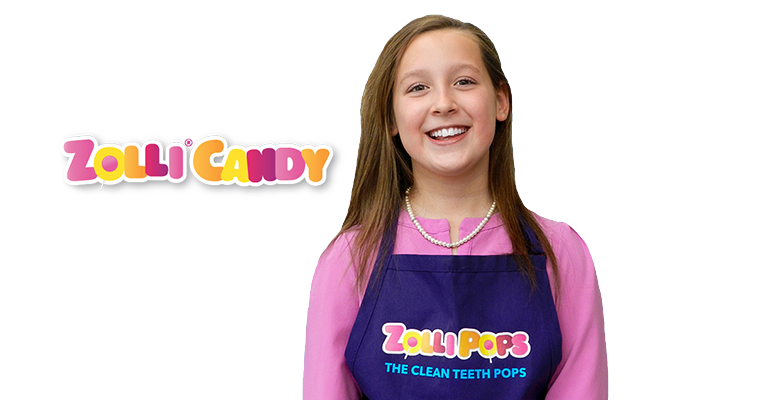 Fourteen-year-old Alina Morse's sugar-free candy line, Zolli, has had an unprecedented impact on oral care education and oral health initiatives since it launched seven years ago.

Kids are used to be being told “no.” No, you can’t have that toy; no, you can’t stay up that late; no, you can’t eat that piece of candy. But for then-7-year-old Alina Morse, now 14, “no” simply wouldn’t suffice. The result? A multi-million-dollar candy business that not only helps kids enjoy delicious treats that won’t wreak havoc on their teeth but helps promote oral health worldwide.

“Well, I love candy and was tired of hearing my parents say ‘No, that’s too much sugar,’” Morse said in a recent interview. “So, I asked myself, ‘Why can’t we make a healthy lollipop, so I can have candy all the time?’”

Morse’s father suggested she start doing some research, and the beginning of a life-changing business was born.

“What I discovered was shocking,” Morse said. “Tooth decay was the No. 1 epidemic facing children, and it was a preventable disease. I was always interested in business, and inventing, and I have always wanted to help people. It was the perfect fit.”

Morse was right; the numbers are staggering when it comes to children’s oral health. The CDC estimates about 1 in 5 children aged 5-11 in the U.S. has at least one untreated decayed tooth, and according to one study, children with poor oral health are at higher risk of poor grades and school absence. Seattle Children’s Hospital notes on their website, “Poor oral health in children has been linked to poor performance in school, poor social relationships and less success in later life.”

Though the process of formulating and perfecting her sugar-free confections was a laborious one (Morse utilized YouTube, more than a few kitchen appliances and some painfully honest friend feedback to eventually get the process right), the results speak for themselves. In 2018, Morse sold $6 million worth of her Zollipops, all of which are sugar-free (opting for erythritol and stevia for sweetness), vegan and utilize natural colors and flavors such as annatto, turmeric, beet juice and grape juice. In 2019, her products were on shelves in more than 25,000 stores in the U.S. and abroad. Zolli now also offers taffy, hard candies and other confections all boasting the same clean ingredients.

But perhaps more impressive than Morse turning her idea into a multinational business by her freshman year of high school is the impact she and Zolli have made on oral health.

“Smiles, especially children’s smiles, have amazing powers,” said Morse. “Just one smile can change your day instantly. Oral healthcare is a luxury in the U.S. and globally…so we support oral health education in schools, which encompasses S.T.E.M., chemistry, and entrepreneurship to inspire kids that they can do anything.”

“With [this campaign], our goal is that every child has a healthy smile, and they realize that oral care can be fun and delicious,” said Morse. “Zolli Candy contributes 10% or more of its profits. During 2019, we contributed over 2.4 million lollipops to schools and organizations. Our goal is increase this to 22 million by 2022.”

The Zolli website allows teachers to easily sign up; in under a minute, a teacher can use the site to request a donation of pops to his or her school. These kinds of donations can be especially helpful in lower-income areas, where children are less likely to have access to healthy snacks and proper oral healthcare. The same study noted above also concluded that children from low-income families are at higher risk of poor oral health than those from higher-income families.

“We have discovered a way to engage kids and families in a fun, delicious way to live happier and healthier lives,” Morse said. “Most of what we do happens through word of mouth, so we ask everyone to please share the Zolli Story, help inspire others and, of course, Keep Smiling!”