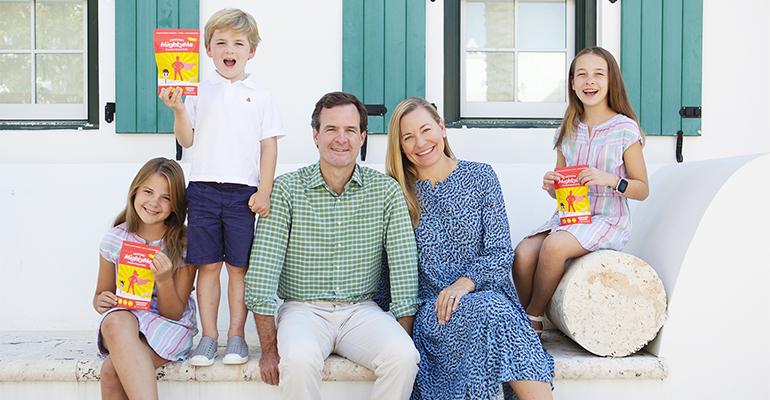 Twelve years ago, Catherine Jaxon was blindsided by her daughter's walnut allergy. Now, she and her husband create food to help children avoid food allergies.

It might seem counterintuitive. While many companies tout extensive allergen-free lists in their natural products, other brands are doing the exact opposite: Adding allergens into their foods with the goal of allergy prevention.

For Catherine Jaxon, the co-founder of Mission MightyMe, an Atlanta, Georgia-based food company that makes peanut and nut-based products for babies, it was a no-brainer.

When her oldest daughter was born 12 years ago, Jaxon followed the standard medical guidance and didn't give the baby any eggs, peanuts, tree nuts or other common allergens.

"When she was almost 3, she had her first walnut," says Jaxon, a mother of three. "It was the first tree nut she'd ever had. Her face blew up like a balloon. She broke out in hives and began vomiting repeatedly.

"We felt blindsided," says Jaxon, adding she didn't know much about food allergies then. The former CNN senior documentary producer started researching and had her daughter, who now carries an Epi-Pen, tested for allergies. By the time her son was born in 2015, the advice around food allergies began to dramatically change.

Food allergies affect as many as 32 million Americans, including almost 6 million children, according to Food Allergy & Anaphylaxis Connection Team, an awareness and education group based in West Chester, Ohio. To promote awareness of food allergies, FAACT urges elected officials to declare May as Food Allergy Awareness Week. 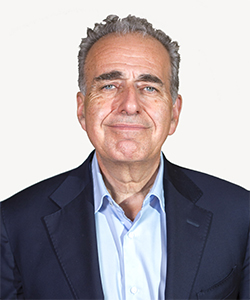 For years, doctors told parents not to give their babies and children allergens at an early age. However, Dr. Gideon Lack, head of pediatric allergy at King's College in London, United Kingdom, saw few peanut allergies in Israel where babies frequently ate Bamba peanut puffs. He founded and led the groundbreaking LEAP (Learning Early About Peanut Allergy) study. Researchers followed 640 babies who were at high risk for peanut allergies because they already had egg allergies, severe eczema or both. They determined that babies who consistently consumed 6 grams of peanut protein per week were more than 80% less likely to develop a peanut allergy by age 5 when compared with babies who did not have early exposure to peanuts.

"We learned that allergies will manifest very early in the first year of life," says Lack about the LEAP study, which was published in January 2015. "That means there's a narrow window of opportunity if we want to prevent food allergies through the consumption of food, ideally between 4 to 6 months of age."

Jaxon heard how the study was going to save thousands of kids from peanut allergies. "And that blew my mind," she says.

The landmark study dramatically shifted recommendations within the medical community. For many parents, following the new guidelines posed a challenge.

"Nuts and nut butters are choking hazards. I went to the baby aisle and it was predominantly allergen-free," says Jaxon, who wanted to prevent her son from getting food allergies like his older sister. "Most parents aren't going to grind up tree nuts in a blender. I knew there needed to be easier options that would normalize this."

Frustrated, Jaxon and her husband, J.J. Jaxon, approached Todd Slotkin, one of the founders of nonprofit Food Allergy Research and Education (FARE) and solicited his advice.

"We told him, 'We feel like the world needs some products that follow these guidelines. We aren't in the food industry, but we are willing to change careers and do this full time because we believe in it,'" Jaxon says.

Slotkin, who became a co-founder and advisor to Mission Mighty Me, then introduced the couple to Lack. Although Lack had been approached by other entrepreneurs, the Jaxons stood out, he says.

"I was impressed by their dedication to not just creating a commercial product, but trying to prevent food allergies," Lack says. He, too, became a co-founder of Mission MightyMe.

In 2018, the Jaxons, Lack and Slotkin formed Mission MightyMe LLC. Before they could go to market, they had to create a product that "tasted right" to babies and would easily dissolve, all while delivering enough peanut allergens.

"We wanted to ensure our protein levels matched Dr. Lack's research," Jaxon says. "It was a very complicated process. When you put a milligram of one thing in, you have to take a milligram of something else out." Jaxon credits her husband, who has a "numbers brain," for creating formula-filled spreadsheets "that would make your eyes cross" to ensure enough net protein was being delivered with other ingredients.

"It was more difficult than we initially anticipated," Jaxon says. "Thankfully we had Dr. Lack's guidance on the target levels." The team avoided using ingredients like corn, a common ingredient in puffs but can be hard on babies' tummies, Jaxon says, as well as palm oil, cane sugar or cane syrup. They opted to go non-GMO. While the peanut puffs are organic, the company is still working on sourcing 100% organic ingredients for its nut puffs.

Jaxon's advice to other entrepreneurs: Find industry experts who can help.

"We have an advisory board of food and beverage experts who have been in this space for years because we haven't," Jaxon says. "It's important to realize what you don't know and not be afraid to find the people who know it." 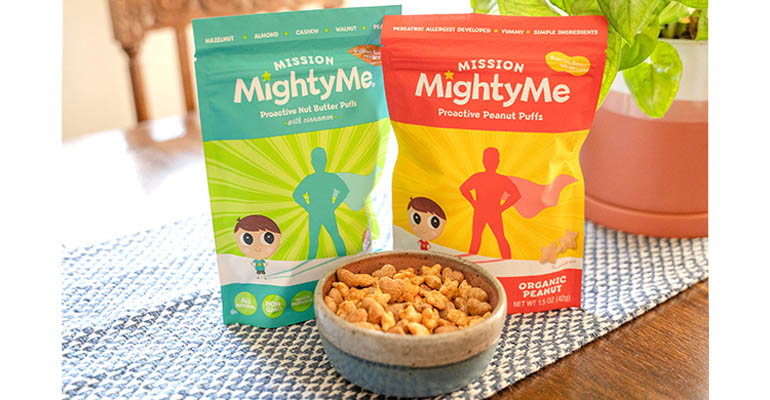 One of the most difficult aspects was finding the right manufacturing facility.

"It was very difficult to find a manufacturer that would allow peanut in the facility and have the type of equipment we needed to make a baby puff," says Jaxon, whose company uses a manufacturer in the Midwest. "The baby food industry has been allergen free for so long. It was a multi-year process."

The facility, according to Mission MightyMe's website, has a single processing line, so cross-contamination between production lines isn't a concern. In addition, no other products are run at the site on the same days as MightyMe's. The company also uses cleaning protocols that were developed with help from the Food Allergy Research & Resource Program at the University of Nebraska-Lincoln to prevent any cross-contamination with allergens that aren't used in their products, Jaxon says.

"The lines are fully cleaned between each run, but we also test our final product for any allergen that was run on that line prior to our product as an extra precaution," she says.

With the pandemic raging, Mission MightyMe launched its first product, the organic Proactive Peanut Puffs in 2020 and added Proactive Nut Butter Puffs to its lineup in January.

"It was crazy timing," Jaxon says. "All of sudden, we were launching a company and homeschooling three children at the same time with no childcare. We didn't get much sleep."

The company focused its business solely on e-commerce with direct-to-consumer sales from its website and Amazon, using email campaigns and social media.

"Because of the pandemic, we paused the retail strategy initially because people weren't going into stores for discovery at the time and we focused solely on growing our e-commerce," Jaxon says. The company quickly hired a digital marketing director and formed partnerships with food allergy dieticians and pediatricians on Instagram Live to help educate parents on food allergy prevention. The company also created an Early Allergen Introduction Guide to share with parents via its website.

"Part of our mission is to empower parents with information so they can feed their kids in a way that's not stressful and so they can relax and have fun whenever possible," Jaxon says.

That's translated into tangible growth as the company looks to expand into retail and add fruit to its flavor profiles.

"We have grown an average of about 20% month-over-month since the beginning," Jaxon says. "That's been awesome, but we know moving into retail is the right next step to really accelerate that growth even more."

A GI response to food is probably a sensitivity, not an allergy
May 14, 2019