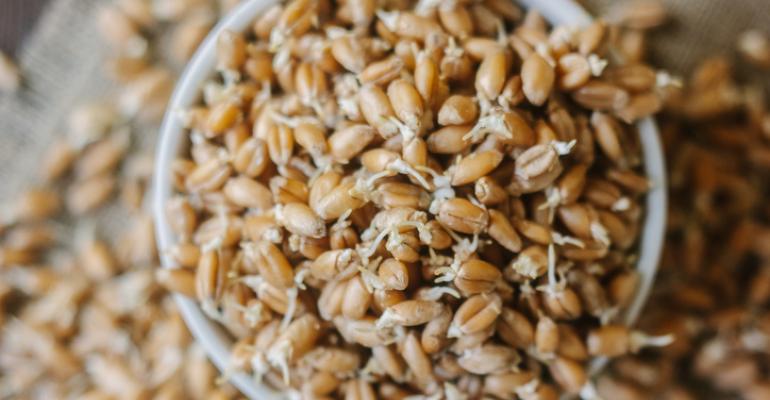 In addition to running a sprouted flour company, Peggy Sutton has a vision to increase availability of organic grains and protect the integrity of the "sprouted" claim.

Over a decade ago, what began as a personal experiment in Peggy Sutton’s home kitchen gave rise to what has become one of the organic industry’s latest trends—sprouted foods. Founder and president of To Your Health Sprouted Flour and this year’s recipient of the OTA Rising Star Organic Leadership Award, Sutton is now working hard to ensure a bright future for sprouted foods, focusing both on the integrity of the sprouted claim and on strengthening the supply chain for organic grains.

Her company has seen tremendous success mainly as an ingredient supplier for food manufacturers, including Kellogg’s, which uses her sprouted flours in Kashi cereals, as well as selling to retail customers around the world. She is confident that growth for sprouted foods will continue to be strong, as more people realize their health benefits and as the larger trend 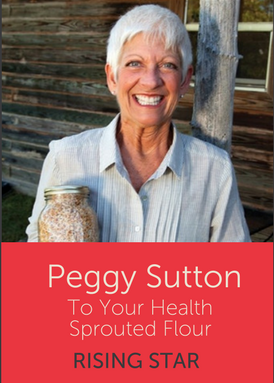 toward healthier foods continues to grow and spread. But to make sure that supply will be able to keep up with demand—already a challenge—she’s putting some of her energy into working with people in agriculture to increase organic acreage and the availability of grains.

Sutton, who is based in Alabama, has been working with the agriculture commissioner and local universities to promote the Alabama Sustainable Agriculture Network, and has offered to be a resource for young farmers interested in organic agriculture. She’s talked with the state about establishing an organic co-op, in which farmers could share equipment and other resources to help grow organic grains. “I will offer to buy their crops if they will grow what I need,” she said, committing to paying market value just to help provide some reassurance for farmers. “I don’t need to save money there. What I’m trying to do is promote organic farming in my area, because I would love to say that I’m buying grains from my own backyard in Alabama.”

The other challenge that she sees moving forward lies in protecting the integrity of the sprouted food claim. She’s collaborating with the Whole Grains Council on coming up with standards for what defines a sprouted grain, with the goal of ensuring that when a product claims to have a sprouted ingredient, it actually is 100 percent sprouted. So far, they have five specific measurements that products can be evaluated on, which they’ll submit to the FDA in the hopes of having them accepted as an official standard for sprouted grains.

As for where the sprouted foods and ingredients market is heading in the future, she thinks the ready-to-eat bar market is one area to keep an eye on. “Sprouted legumes certainly have a lot of area for growth. I’m not sure how big that market’s going to be,” she said, "but I think the bar market is about to explode.”