The power of collagen 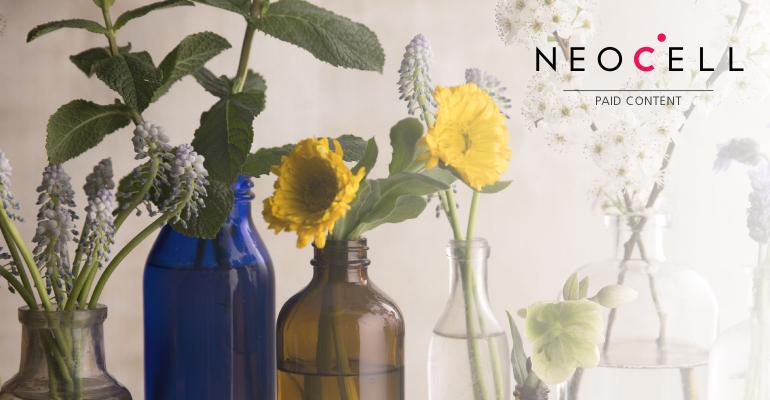 Inside the Bottle partner NeoCell’s commitment to health and vitality has brought mainstream awareness to this nutrient powerhouse.

If there was ever a story about never being too old to try something new or to take on a new challenge, Al Quadri, founder of NeoCell, could be the poster child. In 1998, after suffering a heart attack, Quadri underwent a triple bypass, which left him with poor health and mobility. He had difficulty recovering and his muscles had atrophied. He was 70 years old and thought the end of his life was near. Then, a friend brought him collagen. Collagen had been popular in Asia and South and Central America, but it had never garnered the attention other cultures had given it in the United States.

Within weeks of starting to take collagen, it brought Quadri back to health and vitality. He was hooked—and NeoCell was born. “It became Quadri’s mission to bring the miracle molecule of collagen to the world at value-based pricing,” says Isaac Jena, general manager at NeoCell.

Quadri sold his house, moved his family of 10 kids into a small apartment and began making collagen. Together, the family would sit around the table putting labels on product and driving it to stores and spas. Mother’s Market was the first to carry it.

“There are so few things that you can take supplement wise that you can see and feel tangible results. We take vitamins but we may not see a ton of change. With collagen, your skin is more hydrated, your joints stop hurting, your nails get rock hard and you can’t deny that it is working in your body,” says Jena. “We are all made up of collagen and everyone’s collagen starts to decline over time. There is no reason everyone over 25 shouldn’t be taking it.”

This belief in the product supports the company’s strong focus on education that it has become known for. “As sales grew, we invested our marketing dollars back into education and sampling. We knew that if we get our customers to try our product, they usually don’t want to stop,” says Jena.

Building trust has also been key to the company’s success. Collagen was relatively unknown when Quadri started the company. Therefore, it was imperative that NeoCell earn loyalty from vendors and with customers. “There are a lot of things we do to build trust,” says Jena. “Always tell the truth, is one thing. Customers ask hard questions sometimes, but the only answer is the honest answer.”

Having high-quality, research-backed products that work over and over and over again is an important part of this process. NeoCell has followed cGMP practices and obtained third-party lab verification for its non-GMO, grass-fed and pasture-raised collagen; and, the company always wants to deliver on its promise that the product really works, because that’s what gets people talking. “It was an amazing thing, someone would try it and tell 10 people, and then they would try it and tell 10 people,” says Jena. This type of grassroots marketing led to double-digit growth year over year for the past 10 years, turning the company into a multi-million-dollar business. And in doing so, firmly placing collagen on the supplement trend map.

“Quadri’s story is one of hope and no limits, which is what collagen gives to people,” says Jena. After building his brand for 20 years, Al Quadri lived to be 90 years old and passed away during the summer of 2017. Just prior to his passing, he sold NeoCell to Nutranext Brand for an undisclosed sum. Nutranext was subsequently purchased by Clorox, an evolution that the company knows will help bring its products to more people.