HomePeople and Company ProfilesRule Breaker gets a crowdfunded boost
Recent
Latest
Podcast: Innovation, sustainability and integrity at PCC Community Markets
May 18, 2022
Whole Foods' honors 30 companies with 10th annual Supplier Awards
May 18, 2022
EarthX Film Festival focuses on healthy food, sustainability
May 18, 2022
6 tips to promote consumer understanding of Certified Organic
May 18, 2022
Trending
Debra Stark’s light shines bright on natural products industry
May 10, 2022
Unboxed: 7 plant-forward ice creams to stock this summer
May 10, 2022
Getting ready for 2023: Trends for brands to consider
May 17, 2022
Hemp CBD industry struggles so far in 2022
May 10, 2022

Rule Breaker gets a crowdfunded boost 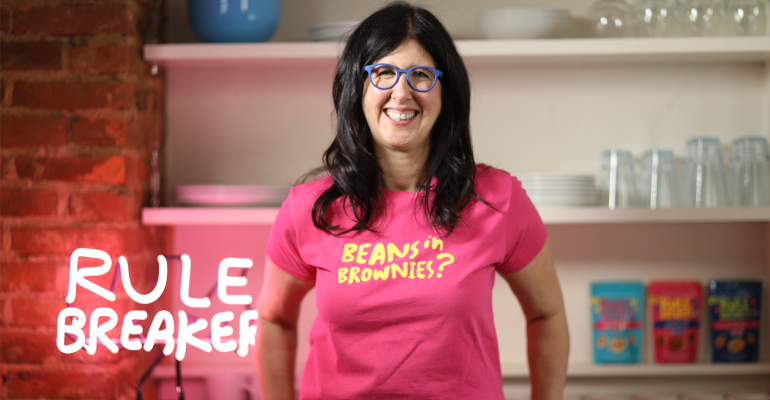 CEO and founder Nancy Kalish talks about what happens when an established brand turns to the masses to launch a new product.

Last spring, vegan and gluten-free chickpea cookie brand Rule Breaker took to the web to launch a Kickstarter campaign to raise money for a new product: Rule Breaker Bites. In just three weeks, the campaign exceeded its original goal of $10,000 by nearly three times that amount, with 403 bakers pledging $28,403 towards the launch of this new line of three varieties of bite-sized cookies (Birthday Cake, Deep Chocolate Brownie and Chocolate Chunk Brownie).

The upside? A marketing boost fueled by enthusiastic backers with high conversion rates, great media coverage and outstanding word of mouth—particularly among vegan communities. The downside? A lot of hard work, planning and not-a-few delays.

What does this kind of initiative look like for a brand that already has a name for itself and a product that’s firmly entrenched on store shelves? We caught up with Rule Breaker's CEO and founder Nancy Kalish to ask her about her experience with this popular crowdfunding platform.

What was the impetus for launching the Kickstarter campaign and whom did you target?

Nancy Kalish: There are two basic answers. The first is that we’re still small enough that the money did come in very handy. The item we put on Kickstarter, Rule Breaker Bites—a bite sized version of our Blondies and Brownies—uses a slightly different manufacturing process, including a packaging process. We were going to be investing in new equipment and every little bit counts.

I also looked at it as a marketing step. One of the challenges for our brand, with a very limited marketing budget, has been getting noticed. I figured this was a really good way to get noticed by a new audience. I did a little research on Kickstarter and found that there’s a vegan designation for food … so I thought that, [as] one of our core audiences, we can reach a new group of vegans and look at this as a marketing effort. Pre-orders are also always great when launching a new product. It turned out successful … and we did make a lot of new customers and a lot of new fans. It also turned out to be really hard.

How many of the 403 backers were new customers and how did you get the word out about the campaign?

NK: We did have some friends and family, of course, but those were really at a minimum. The good news is that almost everybody was new to us.

We [relied] on our Instagram. We have a pretty decent Instagram following and I think we had some followers who weren't quite ready maybe to take a chance on us and buy our products, so this jazzed people up and got them going. 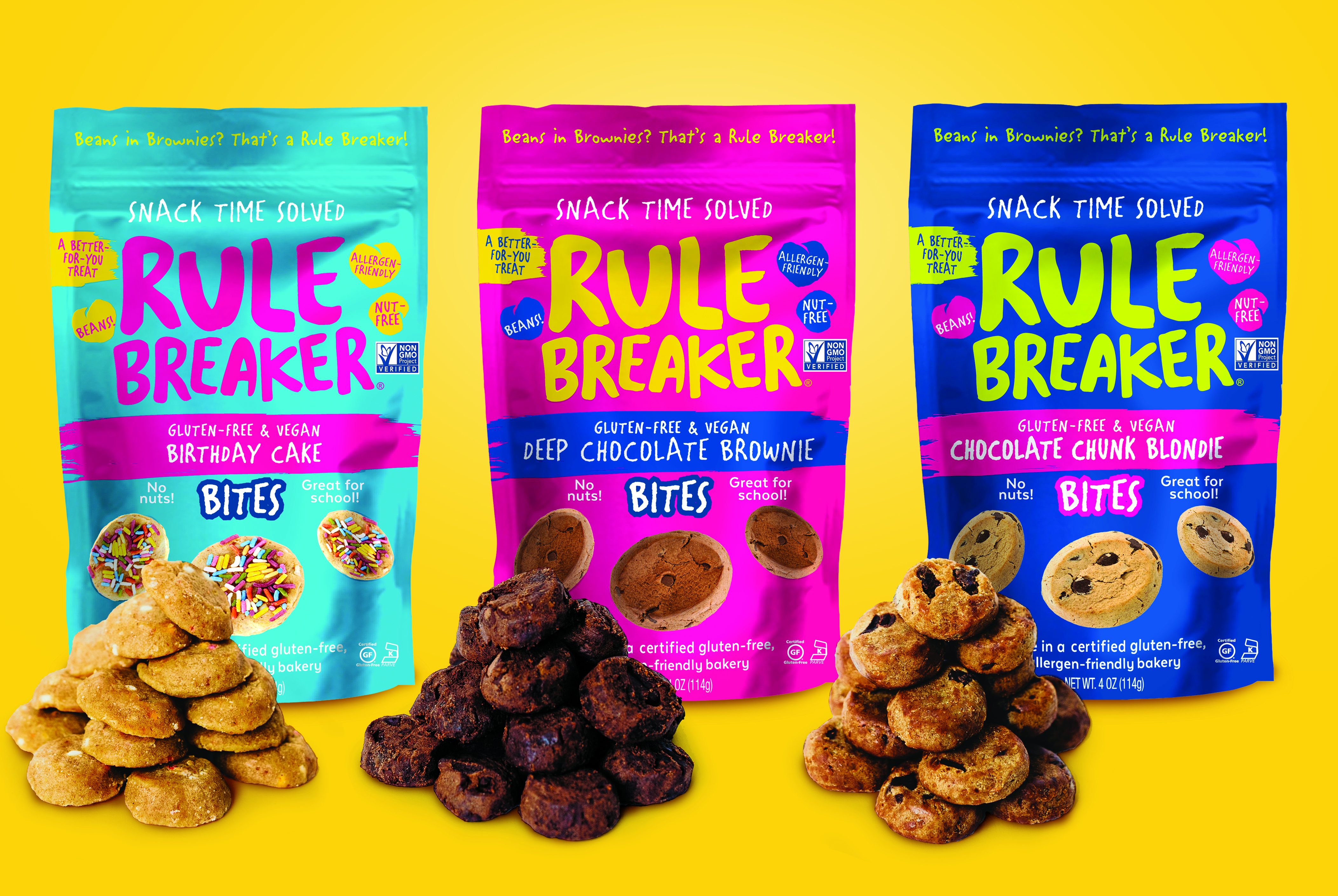 I'm definitely glad I did it. But it takes a huge amount of preparation and synergy and keeping at the whole thing … emailing people, reminding people, updating people, making sure that your email list … that you've really prepped and you're reaching out to everybody you’ve ever known. It was good in a way for us to have to go through that exercise … but it was extremely labor intensive. That’s my big warning to anyone who [thinks they’re] just going to put up a page and then collect the money.

But in the end, you got nearly three times the amount you asked for...

NK: Yes, it did end up financing our production. It went a long way. We did do a couple of events to support it locally in New York that ate up a lot of it. It takes money to make money. By the time all is said and done it’s not that whole amount of money.

It was a little bit of a strategic move. We also knew that we were going to launch these new products regardless. I felt very strongly that this [new product] was a way to get Rule Breaker into more retail outlets—more of the bigger players—so we had planned and budgeted for it. Kickstarter just made it a lot, lot easier … both [in terms of] marketing and financing at the very beginning.

NK: From the beginning we were mainly in brick and mortar, starting with Whole Food stores northeast and then lots of little health food stores… Since then we've expanded to Kroger and Wegmans, and more Whole Foods … We didn’t have a shelf stable product, which made it very hard to sell online. And shipping was really difficult because our product needed to be refrigerated. So about two years ago we went back to square one and re-formulated. We wanted to have a shelf-stable product, but also one that had no preservatives and that had chickpeas as the first ingredient because that's our calling card. We are now shelf-stable for 12 months with no preservatives.

That opened up online for us and at that point we started concentrating much more on Amazon and our own website, and then we built that part of the business. [But in terms of Kickstarter,] I promised a very early delivery date, which turned out to be a mistake, and in fact we had every production problem that we could possibly have with packaging. We were able to make the little bite sized cookies just fine, but the actual packaging—a new kind of resealable bag— turned out to be quite a bear. We had a lot of delays.

One of the fascinating things about Kickstarter, and it’s kind of both the good and the bad of it, is that you really meet your customers, almost face to face. You're interacting with them on a level that I had not experienced before. And in some ways it was a great, and in some ways it was not so great. There's a lot of back and forth … and you have to do a lot of writing and telling people about your progress—stuff I'm not really used to doing. But you really do foster a sense of community with the brand and I think people get invested in a way that’s hard to do otherwise. Now I have these 400 good customers, which is really valuable. And almost everyone has reordered at least once.

Here's the $6 million question, would you do it again?

NK: I don't know. It turns out to be a really big undertaking. It really is almost full time. I probably would. I would look at it as part of a marketing plan, but not as a money-making plan.

It was also a marketing effort that was also successful on a wholesale level, because our retailers, and our distributors really liked it. Retailers don't feel like they're in competition because it's just spreading the word about Rule Breaker and then more people come into stores who are already familiar with the brand. People in the business really liked it. Now our bites are getting set up in distribution with distributors that we've been with for a while like UNFI and KEHE and others, and it's a pretty good calling card to go in and say, “Well, we exceeded our goal on Kickstarter when we launched these by two and a half times plus.” It's a good kind of vote of confidence.

Which crowdfunding platform is right for your brand?
Jul 17, 2019

How to know when you should get outside funding
Aug 14, 2019