HomePeople and Company ProfilesSecond-generation natural retailer Rory Eames champions ‘good for good’
Recent
Latest
Sponsored Content
Organic agriculture and its impact on ingredients and the planet – webinar
Sponsored Content
The goodness wrapped in a certified organic seal – video
Podcast: What brands need to get on shelf at Fresh Thyme Market
May 24, 2022
Natural Habitats releases Palm Positive+, A Reference Guide
May 24, 2022
Trending
Getting ready for 2023: Trends for brands to consider
May 17, 2022
Whole Foods' honors 30 companies with 10th annual Supplier Awards
May 18, 2022
6 tips to promote consumer understanding of Certified Organic
May 18, 2022
Natural beauty market trends
Jun 16, 2021
Natural Foods Merchandiser
brought to you by 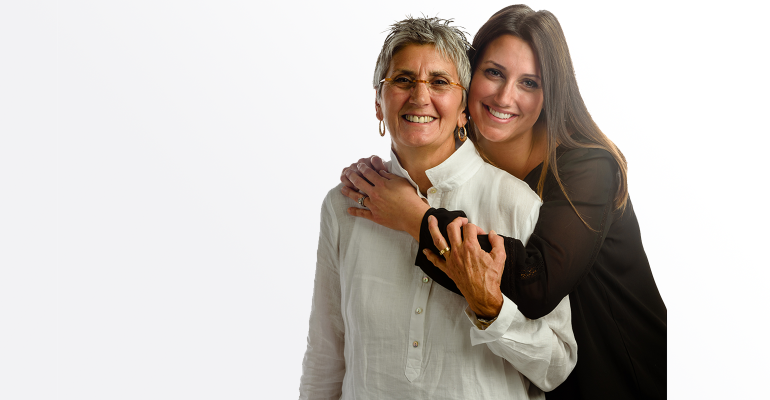 For most of the past 15 years, Rory Eames has been one half of the beloved mother-daughter duo helming Organic Market on Cape Cod, Massachusetts.

But since Darby Ziruk, a natural products industry pioneer who launched the business in 1978, retired in late 2018, Eames is now carrying on her mom’s legacy while also blazing her own trail as CEO. She rebranded the two stores to Rory’s Market and Kitchen in May and is gearing up to expand her small-footprint convenience model to the Boston area next year.

Related: Second generation: Taking over the store your parents built

Eames has also spent a lot of time reflecting on her company’s mission and how it can best serve the community. As an extension of that, Rory’s recently launched an innovative program to help community members in need get plenty of fresh produce. We had a chat with Eames about her taking the reins from her mother and her vision for Rory’s going forward.

What was it like growing up with your mom owning a natural products store?

Rory Eames: My mother has been in business forever, so I’ve been ringing the register since age 5. She has also been a vegan since the late ’70s, so I grew up with that lifestyle. But of course, in high school and college, I ate Doritos and drank Diet Pepsi. All of my friends thought it was cool to work at her store in the summer so I, in turn, wanted to work when my friends did.

Did you always plan on taking over the business?

RE: No. If you’d asked me in high school, I would’ve said no way. I went off to school for a year, then came back to take a break, and that’s when I realized this is what I wanted to do. So I’ve been involved with the business since 2004, slowly taking over the operational aspects. For the last 10 years, my mother stayed on as founder and CEO, but I was running the business. Then late last year, she officially retired. I am so grateful that she had this jewel to pass down to me. Also, I have an 11-year-old daughter who is faster on the POS than I am, so really, it’s three generations—and three big personalities.

as it a smooth transition?

RE: It was a great transition. My mother did such a great job running the business for 40 years—and I know how hard that is, so she is very inspiring. You don’t know what you don’t know, so having my mother, who has been through it all, to lean on has been great, especially when I’m having a rough day.

What are your stores particularly known for?

RE: One thing I spearheaded over the years was developing our foodservice program. We started out with small juice bars and now we basically have full-blown, fast-causal restaurants within our two stores. Also, our stores are 3,500 and 4,000 square feet so we consider ourselves a convenience grocer. We like to find funky, unique products to mix in with reasonably priced staples—that’s our strength. We’ve seen 50 percent sales growth in produce, in which we do primarily organic and a lot of local. We have an amazing produce manager. We get four trucks in a week, which is a lot for the volume we are able to do, but it’s because of the quality and sourcing.

Why did you recently go from three stores to two?

RE: During this transition period, I made the choice to close our smallest store, in Chatham, which didn’t have a foodservice program. If we could’ve built a kitchen there, we wouldn’t have closed it, but the seasonality of that location limited what we could do within the best interests of the company. We’ve seen exponential sales growth, so making the choice to focus just on our full-concept, year-round stores and continue to grow that model has come with challenges and growing pains—but I am so excited about where we are headed. It means a lot to me that my mother trusted me with her business, her first baby, and believes in this vision for our company’s future.

RE: Changing our name has been on the backburner for a few years. We couldn’t trademark the Organic Market name or logo, so we knew we needed to differentiate ourselves and give ourselves a real brand name. This past year has been about finding our mission and what we exist to do besides just giving the community a great place to shop and eat. We came up with “being a force for good in the community.” To us, along with supporting charity events and Little League, this means ensuring people have access to fresh food regardless of socioeconomic status. 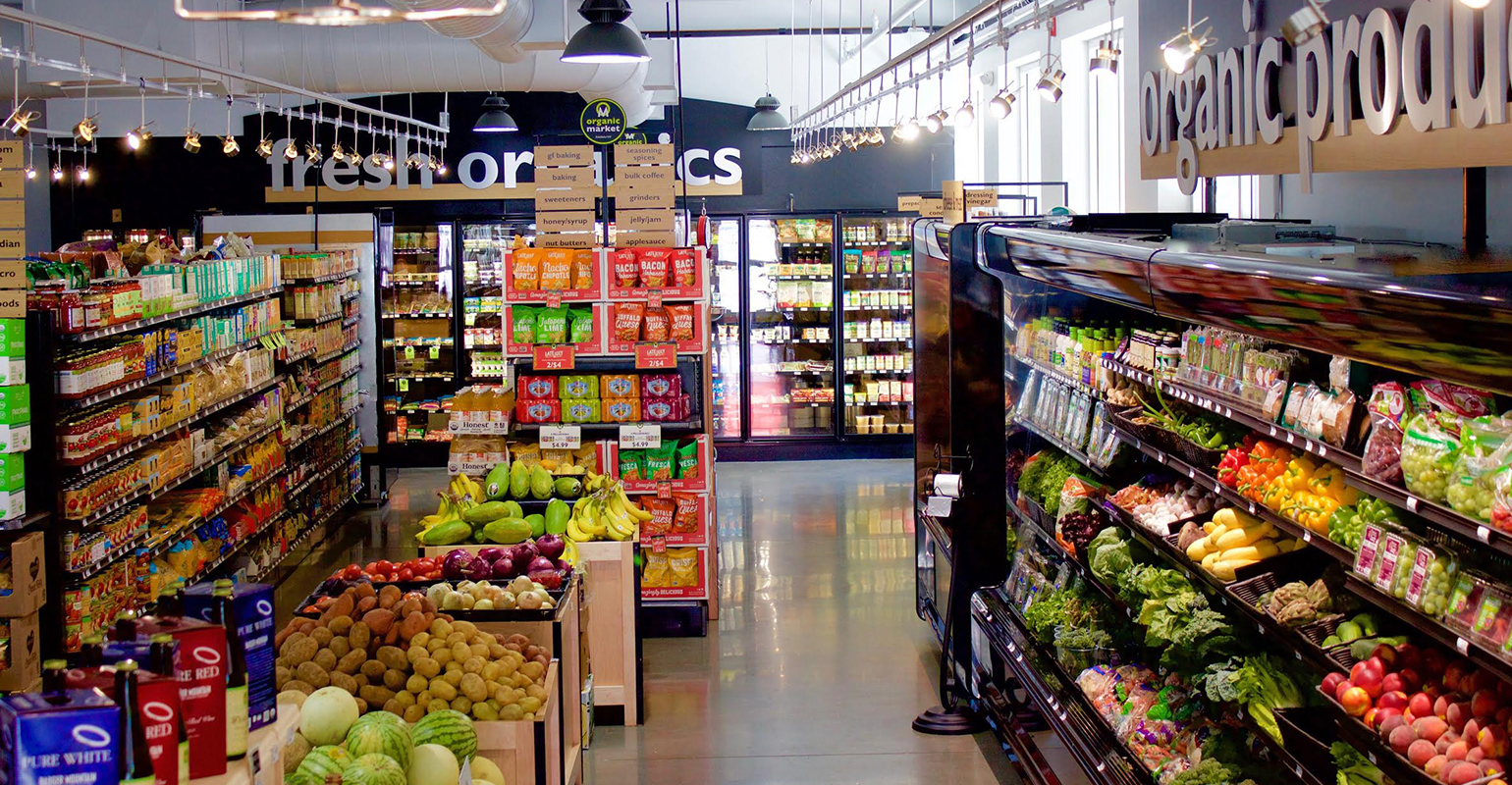 How will Rory’s address the problem of food insecurity?

RE: Ten percent of the Cape, which is seen as an affluent vacation area, is food insecure, so we looked at where the biggest gap exists. We contacted the Greater Boston Food Bank and the Family Pantry of Cape Cod and learned that their goal is to have 30 percent of the food they give out be fresh, but they were only at about 10 percent. That means a family of six gets one apple, one bag of lettuce, one zucchini, etc., to last them 14 days.

We realized, OK, the food banks need quality produce and we want to donate, but how? I really wanted to donate a pound for every pound we sell. Our accountant and produce manager said I was insane at first, but we figured out a way and launched the Rory’s Good for Good program. As scary as it was to make this commitment on March 1, in the first eight weeks, we donated 10,350 pounds of produce! In the summer, we’ll average about 5,000 pounds, and we’ll work our way into grocery. I’d also love to add personal care and multivitamins to this program—the sky is the limit.

That is amazing! And it must be so rewarding.

RE: It meant so much to us to see the food bank take the limits off their produce case. Now, if a family has a kid who loves green beans, they can take 5 pounds instead of 1. The executive director said they may need to get another walk-in to accommodate all the produce!

What else keeps you enthused about your work?

RE: I just love being at work; it’s like my other kid. I love our customers and our community so much, and I enjoy being on the floor and chatting with our regulars and meeting new customers who are just finding us. And I love our team; everyone is so invested in the vision to make the accessibility of fresh food less of an issue. Our foodservice program is absolutely awesome and growing every week, and we’re doing more and more cool and innovative things. I am so passionate about our mission and feel confident about our future.

Livestream from Expo East 2019: The State of Natural & Organic – Leading Perspectives on a Growing Industry
Sep 03, 2019