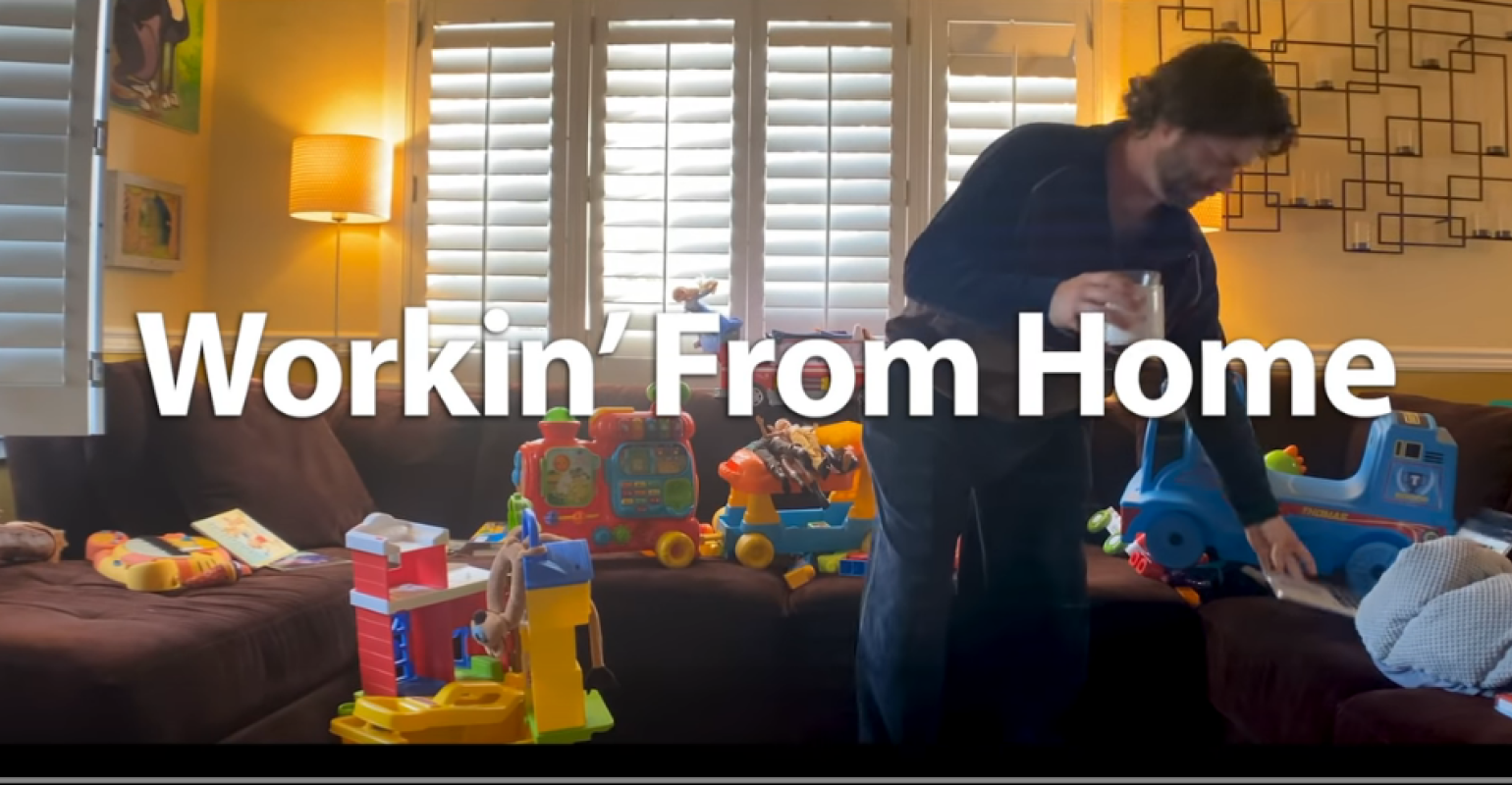 A trapped-at-home natural products community joined together with a simple idea and some lip-syncing. And then came some charity.

From couches everywhere, people are talking about the struggle to stay connected as legions of workers go remote in a mosaic of state-by-state and county-by-county coronavirus lockdowns. But one irony is how all that social distancing is leading to some interesting social phenomena.

I stumbled into one of them this week. Then I stumbled a little further into supporting a cause.

Pulling people from the supplement industry together to produce a lip-synced rock epic with a “Workin’ From Home” song parody video based on Bon Jovi’s essential 1980s hit "Livin' on a Prayer," I discovered that bringing a community together can be as funny as it was and, somehow, comforting.

Dozens of people trapped in their home offices were eager, joyful even, to surrender their dignity in the name of hilarity. Watch the video to see what I mean.

Now hilarity is turning into charity. With views topping 13,000, we decided we could spread the word about Jon Bon Jovi's JBJ Soul Foundation and its work with low-income communities, which are suddenly more vulnerable than ever. We raised more than $1,000 in the first hour. Donations are an easy few clicks.

The project sprang from my base instinct for smartassery and it gained momentum almost as soon as I shared it. I played with the lyrics on March 26. By the morning of the 27th, I was ready to show them off. Patrick Sullivan at Jigsaw Health was my obvious audience.

At Jigsaw, Sullivan and his crew produce “Funny Friday” videos as a marketing tool and an outlet for Sullivan’s comedy ambitions. Sullivan’s wife and Jigsaw’s business development manager, Ashley Leroux, is a gifted vocalist.

I sent the lyrics to Sullivan at 9 a.m.; by 6:30, they had a studio version for me, on video with sing-a-long lyrics.

I started working the phones Saturday morning. By Monday afternoon, we had video snippets from more than 40 people across the country, and even a few seconds of lip-syncing from London. A cast of dozens.

By Monday afternoon, we had a rough cut, stitched together by Jigsaw’s video editor.

By Tuesday, it was a polished piece and we released it into the wild, or at least onto YouTube.

In less than 24 hours, the view count was nearing 5,000. And accelerating.

I’m loathe to ever again use the word "viral" outside of a doctor's office, but let’s say that lots of people are on the periphery of this community now.

And more can join. Find a link to the text-and-audio only version at the end of the video. Pull out your phone, turn on the camera, turn up the volume, and join the community.

Don’t forget to use #homeofficerockers when you’re ready to share your performance, and be a part of one of those strange social phenomena we’re all experiencing.

And while you're at it, be part of the JBJ Soul Foundation cause.

How microroaster Tony’s Coffee is fostering diversity during the pandemic
Nov 23, 2020