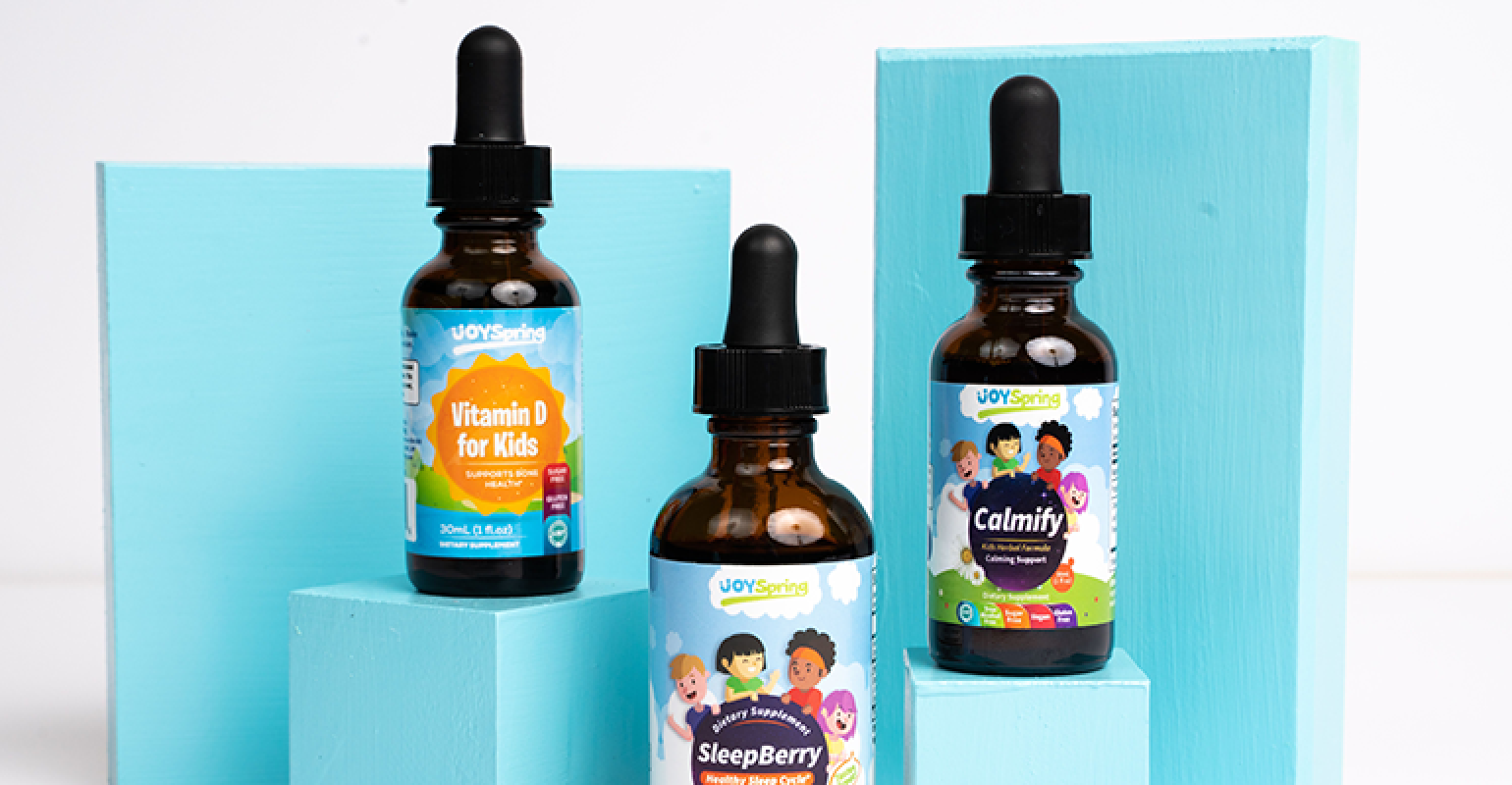 JoySpring co-founder Jason Pratt explains how other emerging natural supplements brands can grow their businesses by developing products they actually care about and focusing on digital platforms.

When Jason Pratt co-founded JoySpring, a non-GMO natural wellness brand, with his wife Tara, they were elated to offer customers cleaner, allergen-friendly supplements.

The Pratt family had already been through a lot. Tara, a college athlete, had survived thyroid cancer.

“My wife was 23 years old, had played college basketball and was the picture of health,” Jason Pratt says. “So you can imagine how devastating that was to hear. But she after cancer she began to evaluate anything and everything she was eating and putting in her body.”

“There’s a lot of crap that’s being sold, even in natural products, that she was putting into her body were cancer-causing,” he says. “That was the first big shift for us as a family into a holistic lifestyle.”

A few years later, one of Pratt’s four daughters, who is on the autism spectrum, was struggling at school and home.

“We were having a lot of issues with just behavior, schoolwork and focus,” He says. “We were looking for things to supplement. We were staying away from sugar and red dye and TV, we were doing all the natural things, but we were looking for some kind of vitamin to help.”

But he found that most kid’s vitamins were gummy vitamins or tablets full of sugar, dextrose or gelatin.

“And the ones that said natural didn’t work. They stunk,” Pratt says. “You shouldn’t have to choose between a natural product and something that will actual work.”

That idea caught on.

Pratt and his wife launched JoySpring on Amazon with only one product, Genius Drops, a vegan, gluten-free, herbal product made with hibiscus flower, ginkgo, gotu kola, rhodiola, licorice root and peppermint, in late 2015. 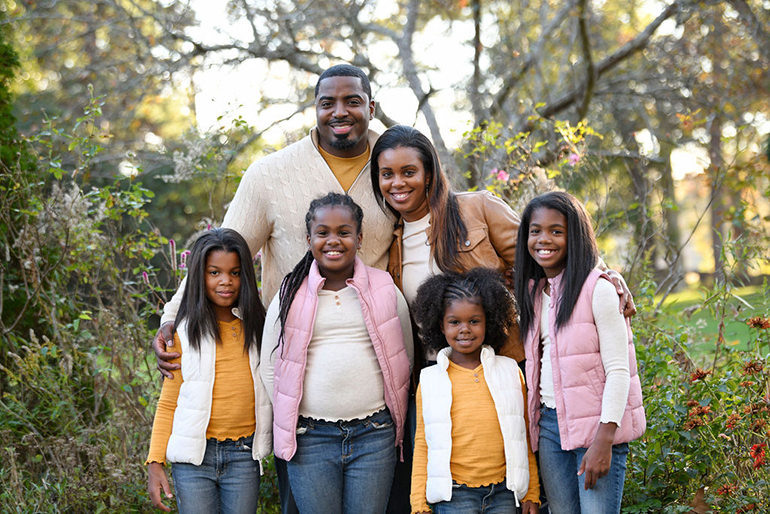 In 2018 JoySpring launched its second product, Elderberry Blend, an organic Elderberry syrup for coughs and colds.

“We struck gold because it was right around flu season,” he says.

The North Carolina-based brand now has a variety of products from its SleepBerry Melatonin gummies and newly launched SleepBerry Tart Cherry liquid sleep aid (that doesn’t have melatonin) to a Prenatal Vitamin Formula and a PottyWise Kids Laxative. 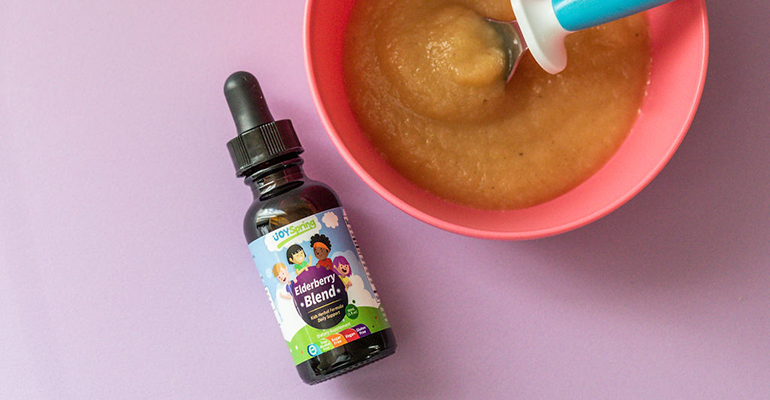 The key, Pratt says, is going one product at a time.

Today, JoySpring is sold on Amazon, Shopify and in Whole Foods Markets throughout the state of Florida. When Pratt coaches other entrepreneurs, he tells them to start on Amazon. “That's just the fastest way to grow a brand out the gate for most people for most people,” Praff says.

But scaling from that point can be problematic, especially if a founder gets distracted.

“This usually happens once they get a couple products out the door and they're doing you know, $5,000 or $10,000 a month in sales,” Pratt says. “And then the shiny objects start to pop up.”

His advice to other entrepreneurs: “Until you’re making a million dollars, you do one thing, and rinse and repeat,” says Pratt, who says he wasted three years “chasing other things outside of what I was great at.”

He also says it’s important to know when to pull back, something he did after a less-than-fulfilling stint on Walmart.com. Here’s his advice on how to grow and scale a natural vitamin supplement brand.

How did you know your product was working for customers?

JP: Genius Drops was the initial product we launched.

We were just floored by the responses, the stories that we got from parents who were in a similar situation as ours. In some cases their child was labeled in school and teachers were recommending Ritalin and some of those other alternatives; they were desperate to find a natural solution so their kid didn't have to be labeled, or live with that stigma or go on the drugs with all the side effects.

What advice do you have for entrepreneurs who are just starting out?

JP: I coach newer sellers all the time. I tell them you can do a simple Google and YouTube search and find a ton of courses. Amazing.com offers the best course for launching an Amazon brand; I consider them the MBA in this space. A big part of it for us was product selection, like, identifying a product that actually mattered to me.

You’ve got to develop a product that you actually care about and will pour your life into. You have to love what you are doing.

When I’ve seen people fail, I see people just make a product or pick a product that they don’t care about and aren’t passionate about. Then when it gets hard, something gets suspended or when something doesn’t work they just walk away from the business. If you don’t pick the right product, it doesn’t matter how good your marketing is: it won’t work.

Why did you start selling Amazon and Walmart?

JP: There is a love-hate relationship with Amazon. You can get in front of a lot of customers. You can build a really good business relatively quickly, but at any time they can push a button and suspend your account or suspend your bestseller. It’s almost like riding a single stock [when investing]. But you don’t want that to be the only game in town.

We were excited about Walmart breaking into e-commerce, when they opened up their marketplace platform we submitted pretty early in January 2018. We didn’t have a lot of issues in terms of the setup.

Where are you now with Walmart?

JP: We actually made the decision to put Walmart on hold in 2020. Today, we're not actively selling on Walmart. And the reason was because we put a lot of resources into it.

We pushed marketing pretty hard for nearly four months before deciding to go on autopilot. This included customer giveaways (for reviews), sponsored advertising and shifting inventory to our 3PL for faster fulfillment versus using Amazon Prime.

We felt the return that we saw just wasn't close to what we were seeing on Amazon or our direct-to-customer Shopify site.

For that reason we've paused it until we can hire someone to help us do it right. We still have an active account, and our products are still on there. We didn’t close the account, but we are pressing pause to focus on some of the other things that are working better right now.

What do you know now that you wished you would have known?

JP: Walmart has a FBA two-day shipping program, and that seems like a best practice; it helps with organic search and visibility. The second thing is advertising. When Walmart released their sponsored advertising program, we did it. We went all in and lost a lot of money. Their bidding structure is different than how Google or Amazon does it.

Please elaborate—how is the advertising and bidding structure different?

JP: I’m not a wizard with it comes to this stuff. But when you advertise on Amazon, Google and Facebook, you have a dozen-plus different options with regard to how you want to advertise, such as text-based or display ads where you're using pictures and videos. You have a lot of different options.

With Walmart, it was quite a bit more limited. The bidding structure is also significantly different.

We typically bid very aggressively when we're advertising because we just want to own those placements and maximize visibility. On Walmart that will kill you, and that's what it did for us. On Walmart your approach should be bid lower and be much more conservative and inching that bet up.

What advice have you gotten from other entrepreneurs about selling on Walmart.com?

JP: What other guys have told me is that they are working with third-party agencies to manage their advertising on Walmart. That seems to be working much better.

What I’m hearing from people who are doing well with Walmart is that they are implementing three best practices: They are using Walmart’s fulfillment program, they work with an agency for advertising and they did a review campaign either Bazaar Voice or they did their own program to get reviews.

What’s the biggest difference you’ve seen from selling on Amazon versus Walmart.com?

JP: Customers on Walmart are more price-sensitive than they are on Amazon. On Amazon I think we're able to tell a better story about why our product is different than the $8.00 version of a kid’s vitamin and command a higher price. But on Walmart, it seems like the lowest price wins.

You can’t take your Amazon or Google approach to advertising and apply that to Walmart. It’s a different game. When we’re ready to revisit it, we’re probably going to work with a marketing agency that knows Walmart advertising.

What parting words of advice do you have for newer sellers?

JP: Don’t go cheap on making your listing. Newer sellers will invest money in coaching and a few thousand dollars in inventory and then they'll just throw together a product page with cheap pictures. No one will ever buy that!

You look at their listing for one second and you can tell this person doesn’t know what they are doing. The listing has to look stellar, like you’re a $10-million CPG company.

It doesn’t matter how good your product is, if you have a very cheaply done product page, you’ve wasted all your money. Most people have no idea what they’re doing when it comes to crafting a phenomenal listing. Go find the freelancers on Upwork and Fiverr that are phenomenal and have been doing it for five years.

How Vegky founder Thomas Hong built enough brand awareness to get into Walmart
May 13, 2021