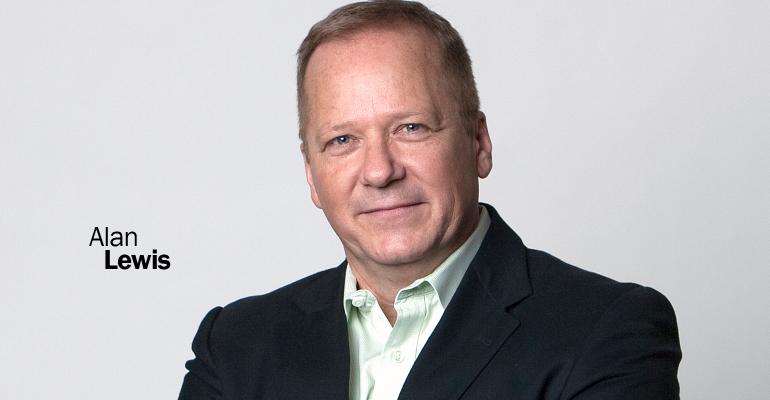 Even as Natural Grocers grows beyond its Colorado home base, the health food store holds—and continues to increase—strict product standards. We met with Alan Lewis, the company's director of special projects, to learn why this matters in today's competitive natural retail environment.

In an age when brick-and-mortar stores of all stripes are clawing to survive, Lakewood, Colorado-based Natural Grocers, formerly Vitamin Cottage, has grown exponentially. Since 2004, the natural chain has gone from 19 stores to 140 locations in 19 states. Natural Grocers went public in 2012 to attract the capital necessary to expand rapidly, but it also allowed the company to stick closely to the core principles the Isley family instilled starting back in 1955.

How did you first become interested in natural and organic foods?
Alan Lewis: I am the first generation in my family not to grow up farming. My grandparents were hoggers in Iowa and told me they’d starve before they ate bologna because they knew what went into it. My folks had a hippie side and fled to Colorado. They never gave up on better nutrition from sweet-cream butter, whole-wheat bread, unsweetened raw peanut butter and vegetables from our organic garden. Food and politics were never separate issues for us.

How did you eventually land at Natural Grocers?
AL: I knew some of the Isely family before I joined Natural Grocers, and our ethics and philosophies aligned. Around 2003, the company needed generalists to help put in place the infrastructure needed to support growth. I had already started several companies, so I knew my way around manufacturing, distribution, accounting, marketing, social media and internet sales. We now have a great group of professionals running these divisions.

What are your primary responsibilities?
AL: Natural Grocers is engaged in many arenas. Local, state, federal and international laws and regulations can directly affect how we do business. Brands, manufacturers, suppliers and farmers make or break our success. Consumers are barraged with contradictory information and need to be guided and educated. All of these efforts are external to the core grocery business. My role is to understand what issues might affect us, stay educated and connected ahead of the news, and be ready to intervene on behalf of the company—preferably as part of a strong coalition with a similar point of view. It’s a big portfolio. I call it stakeholder relations and regulatory defense.

What drives Natural Grocers’ strict product standards and why are they so integral to the store’s mission?
AL: Our standards have been in place for decades. For instance, we’ve never sold eggs or meat from caged chickens. But over the last 10 years, a global “campaign of confusion” has encouraged consumers to believe that some creatively constructed standards are better than they really are. “No therapeutic antibiotics” is a good example. It means that if you keep your cattle mildly sick with anaplasmosis, for instance, you can continue to administer tetracycline in their feed to treat it—and continue to see growth promotion from the antibiotic. See, you’re using it to treat a disease, not to promote growth. Wink wink.

To counteract the campaign of confusion, we had to deeply educate consumers and establish hard minimum standards against which faux standards can be measured. Having stair-stepped standards that let you sell products from any and all food and livestock systems is not actually having a standard—it’s a sham.

The company has had a 100 percent organic produce policy for years. Has this been and is it still a big draw for consumers?
AL: Natural Grocers was already 30 years old when John Mackey “invented” health food in 1983. Many independents like us were sourcing clean produce from vetted sources throughout the 1900s. Then state-level organic groups started certifying in the ’70s, which made it easier to find reliable sources. Then National Organic Program rules went into effect around 2000 and international equivalency agreements followed. Whether it was called organic or not, Natural Grocers has always bought from farms that refuse to use dangerous chemicals on the food they grow. We’ve built a strong, loyal customer base that appreciates knowing all of our produce is certified organic. Low pesticide loads really matter to our customers, and the relatively small increase in price is well worth it for them.

Let’s talk about eggs. Is Natural Grocers still the only major retailer to have such a stringent free-range standard?
AL: Trader Joe’s and similar markets have recently promised to stop selling caged eggs by 2025. This is absurd. We’ve never sold eggs from caged hens. We’ve only sold free-range and pastured eggs. It should not take Trader Joe’s seven years to fix this, and they should
not be getting awards for their late, half-hearted efforts.

The key is the definition of free range. Vendors who simply place birds shoulder to shoulder inside a huge barn do not meet our standard, whereas they might meet other large retailers’ definition of free range. For Natural Grocers, free range includes open access to the outside, with adequate exterior square feet per bird and the ability to exhibit natural behaviors. The details of how this is implemented are worked out with each supplier after on-site inspection. A key part of our eggs standards is the drive for continual improvement. Some of our certified-organic egg producers, who we no longer buy from, learned this the hard way.

More recently, the company implemented a new dairy standard—why?
AL: A few years ago, it became clear that the dairy industry had become overly dependent on industrial practices. Even natural brands were buying milk from cows raised in dry lots, fed grain rations and given antibiotics to help them survive unhealthy conditions. When we asked where their milk came from and they answered, “from a big silver truck,” we knew we were in trouble. We consulted with the brightest minds in dairy science to determine how fast we could put a new standard in place and still have enough products to stock. We decided to go with certified organic as a minimum standard, adding that cows had to be physically on pasture with access to forage for much of the year. Even with a year’s notice, many brands were unable or unwilling to meet the requirement. We removed dozens of brands of yogurt, liquid milk, cheese and ice cream.

How was that received among shoppers?
AL: Sales dropped drastically when people couldn’t find their old favorites. Then, two nice things happened: Customers tried the pastured dairy products and liked them better, and many dairy brands came back with newly formulated products that met our standard. Our leadership made the right decision based on the company’s principles, and it has paid off for everyone: producers, consumers, retailers, cows, farmers and soil.

Who is Natural Grocers’ biggest competition?
AL: Well, it seems every grocery store now calls itself a health food store. To some extent, they have started selling many of the healthy products that we and other independents helped establish over the last few decades. But they still sell mostly processed junk food and don’t offer education or welcoming support. A lot of customers of the “fauxganic” groceries come in to thank us for our strong standards and highly engaged staff.

How do you compete against all the online grocery options?
AL: Many of our stores offer one-hour delivery, usually through Instacart. But we see far less online grocery ordering than all the hoopla would suggest. When we provide clean, easily shopped stores with many healthy and surprising products, people prefer to shop in person. It’s enjoyable. It’s meaningful. It’s important. The 1 percent or 2 percent of consumers buying groceries online are really missing out.

What impact could Amazon’s purchase of Whole Foods Market have on your business and on the opportunities for small and local producers?
AL: Whole Foods’ big price reduction amounted to about $5 off a mixed basket of $360. Big whoop. Not exactly what the media promised. Amazon doesn’t know the grocery business and has no significant infrastructure in place for production and cold-chain distribution. Buying Whole Foods is a start, but they’re still $400 billion behind Kroger, Safeway, Costco, Walmart and Target. No one is going to roll over for Amazon and make their learning curve easy.

For local products, Amazon is attempting to draw in authentic small producers through Local Market by AmazonFresh. I think the fees Amazon charges small vendors are too high, so you’ll see a lot of churn among vendors. And if they create faux local vendors—those who aren’t really small-scale local firms but are made to look like they are—Amazon will never be forgiven.

Do you think brick-and-mortar natural stores will continue playing a vital role in the future?
AL: Ah, trick question. I think the correct answer is “Netflix isn’t even on our radar.” But seriously, we think food is different than CDs and cassette tapes. And we know that food, health and community are intimately connected. The grocery store and the coffee shop are the new town square. You go there for more than just products with prices and attributes—you go there to be a part of something. That’s the challenge to brick-and-mortars: Be meaningful. Be honest. Be authentic. As a species, we are not going to barricade ourselves in a room and take meals through a hole in the door. We call that prison. It’s punishment.

Natural Grocers lays down a new standard for eggs
Oct 27, 2016