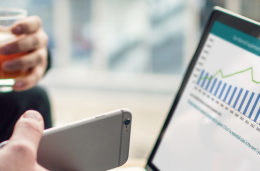 Nutrition Business Journal's Supplement Business Report
NBJ’s highly anticipated report is now available. Get the data you need to thrive in the fast-changing supplement and nutrition industry and stay ahead of the market.

Investing in an organic and pesticide-free community – video
May 09, 2022
For Teatulia, skipping the use of pesticides is just one of the many benefits to their organic farming practices in their goal for better tea and a thriving local community.

The importance of organic CBD – video
May 09, 2022
Charlotte's Web believes that their fully vertically integrated and organic process for their CBD products benefits both a sustainable earth and healthy, happy customers.

Renewal Mill: Making a profit while committing to sustainability
May 03, 2022
Incorporating upcycled products and ingredients can make a difference for many brands as they seek to make sustainability part of their production processes.

CBD industry hits 10-year mark with remembrance of Charlotte
Apr 19, 2022
The late Charlotte Figi inspired the launch of Charlotte's Web brand—and an entire hemp CBD industry. She is remembered a decade after she met the Stanley brothers.

Batcha leaves the Organic Trade Association more powerful than she found it
Apr 13, 2022
After 8 years as the OTA's CEO and executive director, Laura Batcha recalls the challenges and triumphs of working with the federal government to support the nation's growing organic foods industry.

B Corp Certification a natural step for hydroponic grower Gotham Greens
Apr 07, 2022
Since the brand was founded with one rooftop greenhouse, this leafy greens producer intended to have a positive effect on its communities and the planet.

Justice Award winner (included) offers support to founders, CEOs of color
Apr 04, 2022
Being a CEO is difficult, but being a CEO and a person of color is twice as difficult, says Ryan Pintado-Vertner. The aim is to help everyone be successful.
Load More