Efforts on Behalf of the Industry Award 2012: Michael Funk

The natural products industry today is not what it was when Michael Funk founded Mountain People's Warehouse back in 1976. In fact, there was barely a natural products industry to speak of back then. Funk not only helped to change that through Mountain People's Warehouse—which became the main natural foods distributor in the Western U.S. for a spell—but he was pivotal in expanding and maturing the sector into the multi-billion industry it is today. 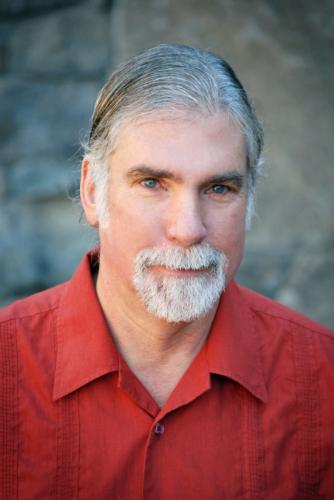 "Michael laid the foundation for the success of this industry, in my opinion. What he did at Mountain People's was to create the DNA and culture of the modern natural & organic foods distributor,” says John Foraker, CEO of Annie's. “Michael has done more than almost anyone in the U.S. to broadly advance the nutrition, natural & organic industries."

But Mountain People's was just the beginning. In 1996, Funk merged the company with Cornucopia Natural Foods to co-found United Natural Foods, Inc., now a $5 billion company. Th at’s no small achievement, whether you're measuring in cold dollars or in terms of the harder-to-quantify impact on the industry’s success overall.

"It'd be fine for us to have good products. It'd be fi ne for us to have good retailers. But if we couldn't get the products around," says Walter Robb, co-CEO of Whole Foods Market, then the industry could only grow so much. Says Robb: “UNFI was the fi rst national company in the distribution of natural products, and the importance of that can't be overemphasized.”

Bob Burke of Natural Products Consulting agrees. “It's one thing to ride the wave of growth in the industry, and it's another to execute well in terms of systems and everything else so that you can be competitive and run a sound business,” says Burke. “It's amazingly impressive. It's not all him of course—it’s a very large organization—but he's been in a key leadership role for a long time.”

The importance of being earnest

Ask anyone who knows Funk and they’re likely to applaud his ability to stay true to his roots, and to the strong values that drew him to organic agriculture in the first place. You're also likely to hear about his unique style of dress. “Michael was the first CEO of a public company I ever saw with a ponytail, faded jeans and purple Converse high-tops,” says Foraker. “The Wall Street crowd understood that all of that was genuine, and that he was representing his industry in a way that was consistent with the natural foods ethos. But they also saw him as a smart and shrewd operator, someone that understood the industry and was a driving force in helping it become a mainstream phenomenon.”


What is Michael Funk himself proud of? "I'm honored to be acknowledged by people in the industry that I've worked with my whole life," he says. Funk also reflects on many of the same eff orts people commonly give him credit for. He recalls the days of traveling the country and having a hard time finding anything healthy to eat, particularly as a vegetarian.

"Today, you can walk in just about any place—any rural town, even any supermarket—and there's quality, organic food being sold. To me, that's a tremendous accomplishment," he says. "It's been a tremendous ride for all of us that have been in the industry since the early days. With the success of the overall movement, you just have to pinch yourself."

But his goals and his achievements go beyond the success of the industry as it’s measured in scale. Funk has been working to integrate sustainable practices into UNFI's operations of late, and outside of UNFI, he's been active with environmental groups and the battle over genetically-modifi ed food. He serves as president of the Non-GMO Project and is thrilled with the progress that group and the non-GMO movement at large have made over the last decade or so.

"There were many years of work that felt like there wasn't any kind of critical mass," he says. But between last year's Prop 37 in California, the Just Label It initiative and the thousands of products that have now enrolled with the Non-GMO Project Verifi ed seal program, Funk feels the issue has come to national attention. "Knowing the issue has become front and center among many, many people—that gives me a great comfort to know that we're slowly winning the battle on the GMO front."

Funk remains active with UNFI as chairman of the board, though he's no longer CEO, but that doesn't stop people from continuing to recognize him as one of the industry's most effective leaders. "Whether it's GMO labeling or conservation, he's continuing to work on things that matter to the industry and I think he will for the rest of his life," says Robb. "In that sense, Michael has now become more of an inspiration for others to really have their lives line up with their beliefs."