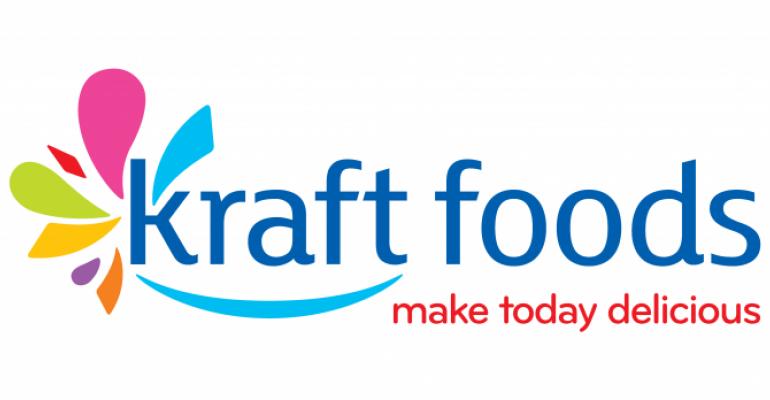 Kraft Foods Group appoints John Cahill, chairman of the board of directors, to the position of chairman and chief executive officer.

Kraft Foods Group Inc. (NASDAQ: KRFT) announced that its board of directors has named John Cahill, chairman of the board of directors, to the position of chairman and chief executive officer of Kraft Foods. Cahill will succeed Tony Vernon, who has informed the board of his intention to retire as CEO on Dec. 27, 2014, the last day of the company’s fiscal year. Vernon will stay on as a senior advisor through March 31, 2015 and as a director until the company’s next annual meeting in 2015.

On behalf of the board of directors, Mackey J. McDonald, lead independent director of Kraft Foods Group, said, “Tony has been a passionate leader, and was instrumental in leading the creation of Kraft Foods Group two years ago as a result of the spin-off from Mondelēz International Inc. He has championed culture, brand-building and innovation during his tenure, which has led to multiple successful new products and brand rejuvenations, and raised the bar on recruitment and talent development. I want to extend my gratitude to Tony for his leadership and many contributions to Kraft on behalf of the board. With the company on solid footing after the spin-off, the time is right for new leadership to fulfill our potential as the industry leader. The board and Tony agree that we need to accelerate the pace of change.”

Vernon, who will be 59 when he retires as a director, has served as CEO since the company’s spin-off from Mondelēz International in October 2012. Prior to that, Vernon was the company’s executive vice president and president, Kraft Foods North America. Tony Vernon, CEO of Kraft Foods Group, said, “It has been a privilege to lead Kraft and establish it as an independent company. It has been rewarding to see the team’s many ideas bear fruit in the marketplace as together we launched an $18 billion start-up with the soul of a powerhouse. As I’ve said before, the hallmark of every great company is that it makes the right adjustments at the right time. I’ve worked in close partnership with John Cahill, an outstanding executive in the consumer industry, and have no doubt that the Kraft team will benefit from his strong leadership in the months and years to come. The company is on track to deliver full-year results consistent with our previous expectations, despite what continues to be a challenging industry environment.”

John Cahill, 57, said, “I’m honored to be appointed CEO, and I’m excited to lead Kraft through the opportunities and challenges that lie ahead. Since the launch of Kraft, I have worked closely with the senior leaders of the company and its world-class brand portfolio. The industry is undergoing a great deal of rapid change, and it is important that we keep pace and indeed stay ahead of these changes as we build a stronger Kraft.

“While our immediate priority will be to remain focused on delivering results, we will also take a fresh look at the business to prioritize our investments and focus on sustainable profit growth. I look forward to working with our talented team at Kraft on these efforts as we build upon the accomplishments over the last two years. We will have more to say about that in early 2015.”

Cahill was previously chairman and chief executive officer of Pepsi Bottling Group and under his leadership, he and his team turned Pepsi Bottling into the leading bottler in the PepsiCo network, gaining market share in key regions, driving double-digit growth in international territories and improving sales execution and financial performance.