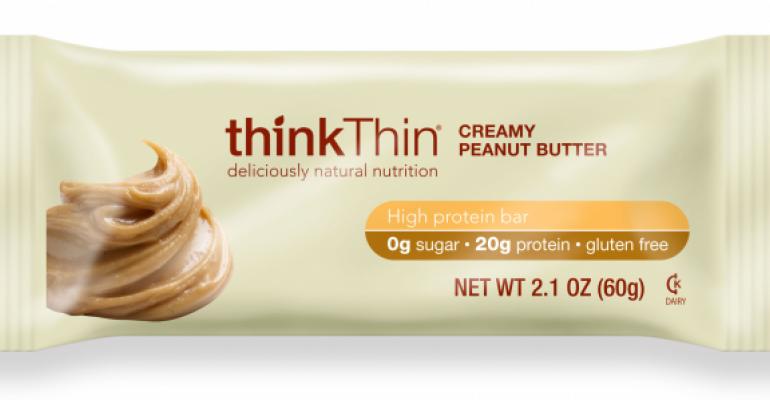 thinkThin announced the promotion of Michele Kessler from president to CEO of thinkThin LLC, effective Jan. 5, 2015. Kessler has served as president of thinkThin, a protein bar company based in Southern California, since January 2014. Current CEO and founder Lizanne Falsetto will remain actively involved with the company as a Board member. Since 2011, the company has been a portfolio business for TSG Consumer Partners, a leader in building and investing in prominent middle-market branded consumer companies.

The company was founded in 1999 by Falsetto and today thinkThin is a leader in the protein bar category. thinkThin protein bars are among the fastest growing in the category with national distribution across major retailers such as Whole Foods, Trader Joe's, Kroger, Walmart, Target and Walgreens. Under Kessler's direction, thinkThin will invest in building awareness and trial of the existing product lines as well as launching innovative new products that expand the brand in bars and into other on-trend categories.

"When I hired Michele, I knew that her extensive expertise and demonstrated success in growing brands and driving breakthrough innovation was a perfect match for a rapidly growing food company like thinkThin," said Falsetto. "I fully expect that her vision, marketing savvy, and passion for innovation for the brand will continue to fuel thinkThin's market share growth going forward."

Kessler joined thinkThin in October 2013 as chief marketing and innovation officer and was promoted to President just four months later. During her tenure with thinkThin, Kessler spearheaded the company's first integrated national marketing campaign that included a tongue-in-cheek "Guilt-Free" platform that played out in TV, print, digital, social media, and in 2015 will also include cinema advertising. While she was president, the company launched its most successful new product line-extension with the introduction of thinkThin Lean Protein & Fiber bars.

With over 20 years of experience in the consumer packaged goods industry, Kessler previously served as vice president, global chocolate strategy and vice president, chocolate U.S. at Mars, where she improved top and bottom line performance and increased market share for iconic brands such as M&M's® and Snickers®. She also spent eight years at Kraft Food Group where she held senior marketing positions in the Biscuit and Confections divisions. Kessler began her CPG career at Procter & Gamble, where she progressed through assignments of increasing responsibility in the company's laundry and household cleaning categories.