Probiotics market is both booming and diversifying 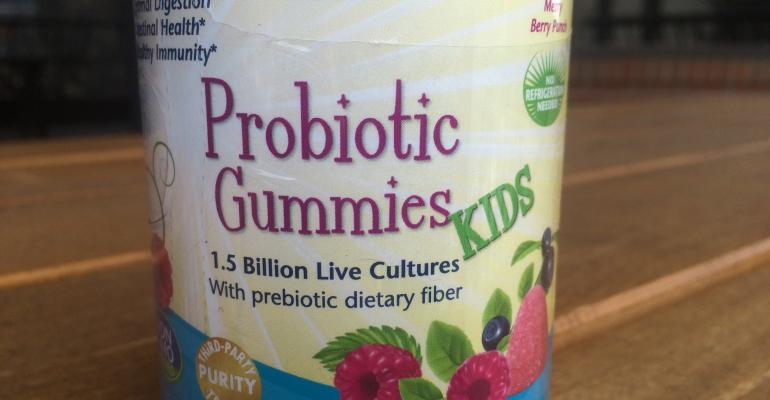 Because in America, bigger = better. In everything.

Even while probiotics remain the fastest-growing functional food category in the world, there remains much shifting in the category—more delivery formats, more strains, more CFUs, more!

And while this has led to more opportunity, along with that comes more confusion.

It’s true that having multiple strains that add up to a lot of live active cultures won’t do your body any good if the product does not have the right amount of each strain, as determined by clinical studies.

Perhaps the first, and certainly the most researched, probiotic strain was Lactobacillus GG. It’s now found in the Culturelle supplement brand. It’s been through a number of owners over the years. Single probiotic strain, scores of studies on it. Even then, its various line extensions include anywhere from 2.5 to 20 billion CFUs.

Between 2012 and 2015, probiotics in capsules is up from 37 percent of new product launches to 45 percent, and tablets up from 14 percent to 24 percent, according to Innova Product Insights. Candy, chewable tablets and powders are all roughly flat, but the “other/unknown” category has been cut in half, from 30 percent  to 13 percent. Perhaps this has to do with efficacious doses—it’s been the case that if you want a truly efficacious dose, look for a supplement, not a chocolate bar—that’s just label candy on a candy.

Perhaps in the market that Innova looks at, other delivery formats are down. Just don’t tell Ganeden Probiotics, which supplies the BC30 strain, a so-called spore-former, which has a protective coating that allows it to withstand the processing conditions inherent in producing foods and beverages.

While there appears to be a shift away from other delivery systems, probiotics are the fastest growing functional food category, at 7 percent worldwide, according to Mike Bush, VP of Ganeden Probiotics, which makes its BC30 spore-forming probiotic that is suitable for seamless integration into foods and beverages. “A spore is like a dormant probiotic that becomes active when it gets into the gut. Once it gets into the small intestine the spores themselves germinate but in food products as long as they are cool or dry they remain stable for years and years.”

Ganeden showcased dozens of products containing its BC30 at the Engredea show in Anaheim in March—everything from kale chips to baby food, granola to coffee. [For a video showing how BC30 found its way to finished products, click here.]

Somewhere along the line, certainly within the last decade, two other things emerged: synbiotics—that is, using prebiotic fibers along with the probiotics, to enhance the efficacy of the probiotic bacteria—and multiple strains. The number of multiple strains became more or less settled in at eight being the magic number of probiotic strains with which to formulate and, importantly, label. It also seemed that one strain was doing the heavy lifting, and the remaining ones were there for label claim. That may be changing, but this is the important short story version: label claim. That is, Americans are all about bigger = better. In everything. Supersize me!

And so as a more recent offshoot of this “more is better” movement vis a vis the number of strains, is the amount of CFUs. And yes, research shows some strains, such as Bacillus coagulans, can get by with only a half a billion CFUs, while other strains show efficacy with numbers in the billions. But go back to the American conceit: More is better. In everything.

Maybe only two or three years ago, you wouldn’t see more than 10 billion CFUs in any supplement. Then you started seeing specialty lines, or physician lines, going to 20 billion. Then there was 50 billion. Within the last six months, NOW, a leading legacy supplement brand, launched a 100 billion CFU SKU, part of its Probiotic-10 line (it has 10 strains). Wow! That’s really getting to be therapeutic and not a maintenance dose if you ask me. (It’s in fact what I bought for my family in preparation for a spring trip to Mexico in order to protect our GI tracts from that second-world water.)

We’re still years away from having a truly reputable and efficacious probiotics market. When the Human Microbiome Project gets completed, in a few years, the world will shift just as it has when the Human Genome Project finished mapping our genes. Today, DNA is used in all sorts of things from crime to medicine. Wait 15 years and we’ll be a lot closer to seeing how bacteria rules the roost that is the human body.

Even then, when we figure out that just three probiotic strains plus inulin can decrease the severity and duration of colds (Institut Rosell already has such a product), and when we are able to match specific strains at specific counts for specific health conditions, there will continue to be products out there that will just use the most CFUs they can with the most strains they can. Why? Because in America, bigger = better. In everything.