Simple ingredients plus great flavor plus crunch made these a favorite of our judges. And they don’t just have kelp somewhere in the ingredients list, these puffed chips start with regeneratively farmed, organic kelp and follow it with just eight other recognizable ingredients. B-Corp-certified 12 Tides also donates, as a 1% for the planet member, to a nonprofit aimed at restoring California’s native kelp forests. But mostly, they’re just good chips—an innovative addition with an important ingredient.

This is just damn good ice cream. Especially the Honey Blueberry Lavender, where honey is delicately swirled in a delectable cream base, flavored with the perfect synergy of blueberries and lavender. Well, not just damn good, it’s also made of locally sourced organic milk from pasture-raised cows. Our team would love to see grass-fed certification come on board, too, but mostly we’d like to see more samples in our office.

What happens when no corners are cut on producing almond butter? Well, one thing is an $18 price tag on an 8-ounce jar. But we applaud Philosopher’s Stoneground’s gumption. It’s the boldness the industry was built on: sourced from a regenerative orchard that employs nine out of nine regenerative practices (en route to ROC certification in 2023) the almonds are sprouted and dehydrated for increased digestibility and sweeter flavor (and less, er, no acrylamide) then slow, low-temp ground. That’s a lot of wholesome processing but not a lot of ingredients. In the end, it’s just almonds and the residual soaking salt, for sweet and crunchy goodness.

Not an impeccable mimic of dairy-based sour cream but an impeccably good alternative—and apparently (judging by the judges) a tasty dip by itself—this plant-based sour cream hit on many levels of innovation, integrity and inspiration. Part of the secret might be the use of customized cultures coming out of sister company Wildbrine, providing home-grown fermentation in place of lab-generated cultures. The list of organic kitchen-familiar ingredients and lack of starches or gums probably helps, too. 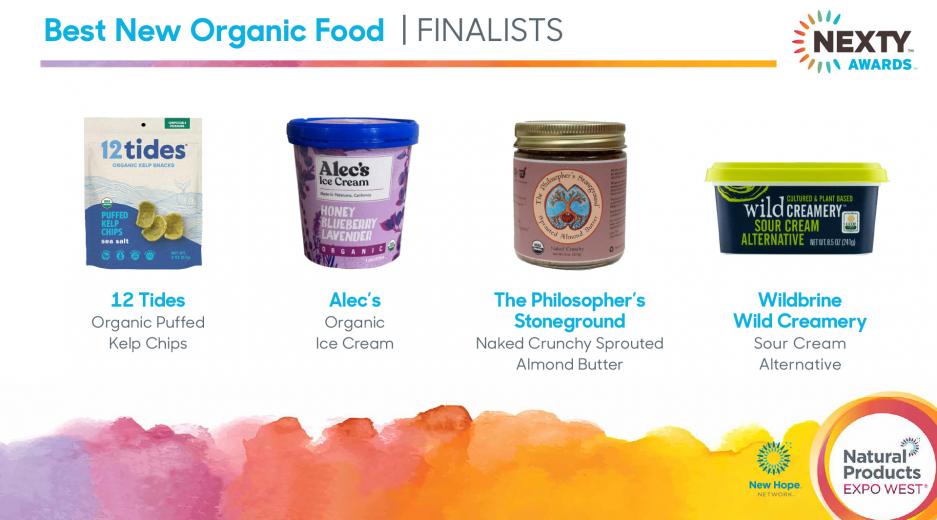