HomeProducts and Trends3 companies expand the possibilities of personalized nutrition
Recent
Latest
Sponsored Content
How brands can get their trade spend under control – article
Sponsored Content
Going organic lifts everyone up – video
6 natural brands partner with UNSTUCK on new product line to aid refugees
Jun 23, 2022
Sponsored Content
The power of organic messaging – download
Trending
Getting ready for 2023: Trends for brands to consider
May 17, 2022
Unboxed: 7 clean collagen powders with a twist
Jun 21, 2022
12 brands marketing positivity, kindness and joy
Jun 17, 2022
Coca-Cola axes Honest Tea, but its founders are just getting started
Jun 07, 2022
NBJ
brought to you by 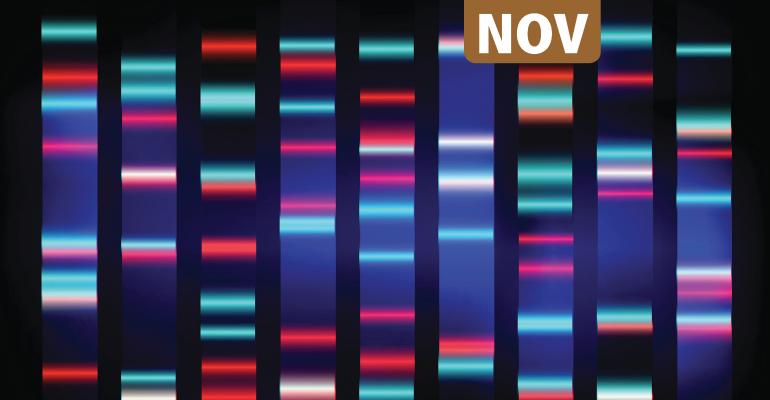 Thanks to advances in bioscience and information technology, an aging “Me” generation is morphing into the “Inside Me” generation. Affordable and available genetics, biochemical and microbiome testing offer an evolving glimpse into what defines health and wellness. And baby boomers, obsessed with aging optimally (if they have to do it at all), aren’t the only market for such offerings. Millennials, raised with a chronic awareness of metrics—from standardized tests to website hits and Facebook followers—approach health and wellness predisposed to seek measurable outcomes of lifestyle and nutrition choices.

Self-monitoring personal markers of health at the micro level will be a common feature of the future health and wellness landscape. That will mean a raised bar for the nutrition industry: ingredient and label claims alone will no longer satisfy a consumer armed with lab results. Supplements had better be bioavailable. Foods had better deliver on nutrient claims. And nutrient-enriched foods may well become as worrisome as cholesterol.

This trio of Boston area companies is leading the way in web-based platforms for ordering, analyzing and tracking personal bio-data, as well as suggesting changes for improved health.

In the quest to optimize health, decoding the esoterica of the standard blood test seems like a prime starting point. Cambridge-based InsideTracker developed an algorithm that analyzes hundreds of data points to put lab results into individual context and—more importantly—recommend research-backed nutritional, lifestyle, and activity changes to improve specific biomarkers.

Those biomarkers range beyond the familiar harbingers of disease (cholesterol, glucose, etc.) to signs of stress, inflammation, and overtraining (cortisol, hsCRP, and creatine kinease). Rather than simple high, low, or the notoriously vast (and infuriatingly vague) “normal” ranges associated with typical lab results, InsideTracker’s algorithm suggests a narrower “optimized zone” for each biomarker based on an individual’s age, gender, ethnicity and activity level.

To move those metrics into the optimized zone, the algorithm creates a personalized action plan that is rooted in science, backed by evidence, and draws upon thousands of foods, supplements and lifestyle choices, says CEO Rony Sellam. Rather than a generic eat-more-kale or apple-a-day prescription, InsideTracker suggests a wide array of whole food sources to improve key nutrients, including

unexpected sources of nutrients, such as vitamin D (not just halibut, sockeye salmon and snapper but also eel) and magnesium (not just amaranth, spinach and pumpkin seeds but also snails). Though the company does not sell or recommend specific brands, supplements, too, are suggested alongside links to supporting research sources. That level of nutritional specificity is unlikely from a primary care physician: Sellam points to hospital meals as a measure of the healthcare system understanding and implementation of nutrition in health.

InsideTracker “wants the kitchen to be your medicine cabinet and food your drug of choice,” Sellam says. In the battle for better health, he considers nutrition essential to every arsenal. “If we don’t put personalized nutrition in the top two or three weapons that are available to us as a society, we’re making a big mistake.”  In a few years, he thinks, it will become obvious that nutrition and lifestyle choices “should genuinely be personalized to what’s going on inside your body, based on actual measurements—not conjectures, not assumptions.”

InsideTracker services range from a $49 DIY version (users upload existing lab results) to a $499 Ultimate package that includes a lab blood draw and analysis of 41 biomarkers. No time for a lab visit?  Another $80 brings a phlebotomist to your door.

Think microbiome monitoring is all fecal samples, microbiota enumeration, and probiotics?  Think again. From a small blood sample, newcomer Ixcela (a name derived from the Mayan goddess of healing) analyzes a dozen metabolites that indicate the delicate biochemical balance and health of the gut and its microbiome, a profile of wellness the company calls “internal fitness.” The list of metabolites is topped by IPA (that’s indole-3-proprionic acid, not a microbrew) and its precursors ILA and IAA (indole-3 lactic acid and indole-3-acetic acid), low levels of which indicate gut dysfunction, according to CEO and co-founder Erika Ebbel Angle. Plenty of research connects these compounds with gut health, she says, and links poor gut health with a litany of diseases.

Considered non-diagnostic, the tests don’t require a doctor’s order, so an easy at-home pinprick blood test kit collects and stabilizes a sample for shipment and analysis. Results revealing low levels of the 12 compounds (a list the company hopes to expand) are accompanied by supplement suggestions to improve metabolite levels and, thereby, gut health. The Ixcela Complete package delivers branded supplements along with those recommendations, including the proprietary supplement ProBiome, a source of IPA, ILA, and IAA that, in animal trials, was shown to raise endogenous levels of IPA, Ebbel Angle reports. Neither a pre- nor probiotic but rather a fermented food made from beans and seeds, ProBiome is currently manufactured in-house while the company seeks a suitable fermented food manufacturing facility, which has proved challenging, she says.

In addition to testing and supplement recommendations, all Ixcela services include access to partner magazine WellnessOptions, as a means to support healthy lifestyle and dietary changes. Ixcela Complete also includes follow up testing to track the effects of lifestyle and nutritional changes, including supplements. People take supplements, Ebbel Angle says, and “half the time, they don’t even know: ‘do I really need this? should I be taking this?’  This [testing] provides more structured information. Retest and see if you’ve made changes.”

The service, available since August, is still in a test phase, with a few dozen enrollees serving as a de facto focus group in a six-month program. A true product launch is scheduled early next year.

At the bleeding edge of personal nutrition technology, there’s no blood at all. A swab of saliva and a mere $999 is now all it takes for a full genome sequence from Veritas Genetics. Launched earlier this year, the myGenome service sequences about ninety percent of the six billion letters of the genome, according Veritas Chief Science Officer Preston Estep III, placing it many orders of magnitude beyond the roughly 570,000 data points of a 23andMe type sequence.

All Veritas tests, including targeted screenings, require a physician order for testing. “We side with the FDA on this,” Estep says. “We think it’s really important to have physician oversight, physician guidance, in ordering and understanding test results.” To further that understanding, genetic counseling accompanies any clinically relevant findings since even physicians may not be fully educated about a given genetic disorder. The company also wants to make myGenome reporting more consumer friendly, though Estep acknowledges the complexity of genetic information—ranging from clinical and medical to preventive—makes that a major challenge of the space.

Full sequencing is poised to spotlight common genetic variations affected by nutrition. Estep, a Harvard geneticist who recently authored The Mindspan Diet, explains that, for example, many people are predisposed to excess iron absorption and accumulation of iron in the brain, which is linked to neurodegeneration and dementias. In the US, the prevalence of iron-enriched foods poses a threat of iron overload. “When I say ‘overload,’ I mean they are killing these people,” he says. “I’m not going to pull any punches: they are killing these people.”

Veritas stresses the potential for prevention is very high, so reports include not only risk factors for those nutrient-related variations but also information to understand the genetic interaction with certain foods and nutrients. Recent series-B funding has expanded available resources to focus on building out that aspect of reporting, Estep says. “It’s a huge focus for us.”

Other services on the horizon are microbiome sequencing and what Estep calls “one of the huge pieces of locked up value”—future reinterpretation of genomic data in light of advancing research. “The genome is going to catalyze the transition to evidence-based preventive healthcare,” he says, “and it’s going to be the catalyst for individual involvement in preventive health care.”