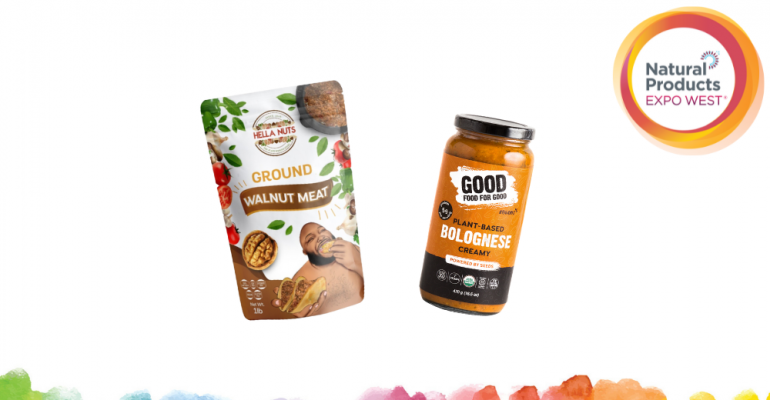 Start Slideshow ›
Alternative meats flooded the aisles at this year’s show. These plant-forward products were some of our favorites at Expo West.

They certainly made a collective star appearance at Natural Products Expo West this month. Every aisle showcasing food, it seemed, supported at least a few brands. Some aisles almost felt like tunnels of alt nuggets, burgers, jerkys, fish filets and sausages.

The volume was so impressive, one New Hope editorial wag declared that we have reached “peak nugget.”

During the course of the five-day spectacle of sampling, networking, camaraderie and leadership, we probably tried every alt-meat on display, flooding our bodies with pea and soy protein, yeast extract, coconut oil and plenty more. The exercise was enlightening and rewarding, but our guts were happy when we hopped on planes and returned to the real world.

One clear takeaway: innovation is ripening with immense speed. Many of the products—especially those nuggets—were indistinguishable from the foods they are trying to replace.

But what was also eminently clear from Natural Products Expo West is that innovation in plant-based is not just about the latest technological application or even a products’ ability to closely mimic the animal-based product it is replacing. Innovation in plant-based foods also comes in the form of truly plant-forward products that focus on real, whole-food, ingredients, such as veggies, grains, legumes, etc.

The following gallery includes just a few of the plant-forward innovations that not only delighted our taste buds at Expo West, but also excited us with a variety of attributes including innovative formats, nutritional profiles, organic certification and clean ingredient lists.