The power of probiotics – article 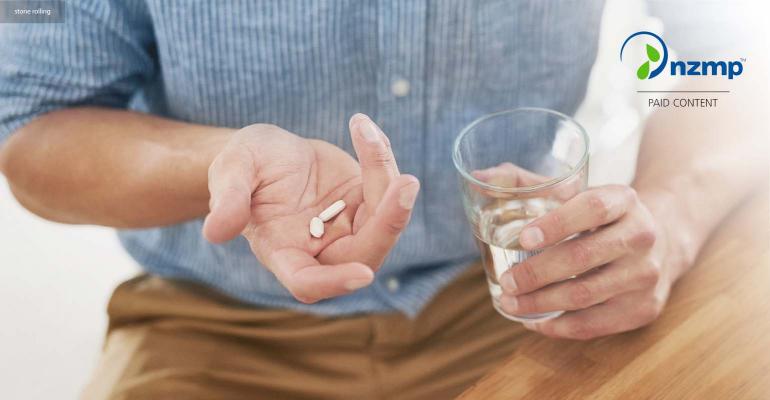 As we learn more about the microbiome’s role in our overall health, a greater roadmap to the many benefits of probiotics is emerging.

By now, the intricacies of the body’s microbiome are well known. We understand that there’s a lot going on in the gut, where 95% of the human microbiome lives, including up to 1,000 species of bacteria. But what’s also becoming increasingly apparent, is how interrelated our gut health is to our overall mental and physical health. Consider the fact that approximately 70 percent of the body’s entire immune system resides in the lining of the digestive tract. Or that as much as 80 to 90 percent of the body’s serotonin are produced in the gut, along with other neurotransmitters—the signals that help the nervous system to work and communicate.

Probiotics are known to help support a healthy gut. These live micro-organisms, often referred to as “good” bacteria, are found in the gastrointestinal tract and in certain foods.  Supplementing with probiotics can help to maintain a balance of “good” versus “bad” bacteria in the digestive tract. While probiotics are known for their gut support, the more we learn about the interconnectedness of the digestive tract to our overall wellbeing, the more it’s understood that probiotics have a much broader range of possibility in influencing our health than originally anticipated. From promoting mineral absorption to reducing inflammation, they’re also shown to improve immune function and more recently are increasingly being researched for their influence on mental wellbeing via the gut-brain axis.

As consumers continue to prioritize their health and wellbeing, they not only are increasingly turning to dietary supplements and probiotics, they’re understanding that there are various types of probiotics and that strains differ and can each have their own targeted impact on health outcomes. Consider the numbers.

Consumer research indicates that a desire to boost the immune system, prevent illness, reduce inflammation and prevent antibiotic associated side effects are now common reasons to buy probiotics. “Alongside the digestive benefits associated with probiotic use, benefits to the immune system and reduction in infection rates are well supported by human clinical trials using a variety of strains,” says Dr. James Dekker of New Zealand Milk Products (NZMP), the world-leading ingredients and solutions arm of dairy co-operative, Fonterra.

Research and clinical trials are key to broadening the probiotic reach. Research has shown that good gut health can provide multiple benefits by supporting myriad areas of health, including diabetes, stress and mood, irritable bowel syndrome (IBS)/inflammatory bowel disease (IBD), anti-infection, inflammation and cognition. Yet, probiotics are not one size fits all and different health benefits are specific to different probiotic species and strains. It’s important for consumers to understand what they are taking. “Probiotics have a well-known effect in the prevention of infection, but not all probiotics are created equally. It’s important to know which strains and dosages [in colony-forming units (CFUs), also referred to as ‘the count’] are most effective against specific infections,” says Dekker.

Immunity and the Microbiome

The increased interest in immunity forges a natural pathway to gut health and the microbiome. As the backbone of the immune system, the microbiome is constantly fending off pathogens. How effectively our bodies do this, indicates the health of our immune system. This response largely takes place in the gut-associated lymphoid tissue (GALT), which lines the digestive tract. Along the GALT, the microbiome plays the role of gatekeeper to keep intruders from crossing through into the bloodstream.

Studies have shown that specific probiotics positively interact with the GALT to bolster the immune system and help it defend against pathogens. We also know that a weakened GALT, one in which pathogens are able to pass through, can lead to increased inflammation and a host of ailments including allergies, infection and other diseases.

NZMP’s LactoB HN001TM and BifidoB 0019 TM, have shown clinical evidence of enhancing particular immune cell activities to protect against certain types of infection, including upper respiratory infections in infants and gum disease. Both strains have shown to be beneficial against diarrhea, while LactoB HN001 TM is thought to be an effective treatment of urogenital infections and to improve symptoms of bacterial vaginosis and persistent candidiasis when used with lactoferrin and Lactobaciluls acidophilus. Both of these strains support improved gut biodiversity, which has a positive impact on both immunity and allergy development.

Another key area of interest for consumers is state-of-mind conditions, including managing stress, mood and energy according to recent research by New Hope Network. As the definition of health evolves beyond physical wellness, globally more than half of consumers strongly recognize the link between cognitive health and overall wellbeing (Global Data, 2017).

Not surprisingly, science is showing that the microbiome also plays a strong role in influencing our mental wellbeing as the gut maintains a two-way conversation with the brain, along the gut-brain axis. Reduced microbial diversity has been linked to anxiety, depression and mood disorders (De Palmaet al. 2014). And, even short-term stress has been shown to influence the gut microbiota in a negative way, influencing the GALT and leading to a condition called “leaky” gut—when pathogens are able to break through the GALT’s defense line and enter the bloodstream. The latter leads to increased inflammation for both the gut and brain.

While human studies on the gut-brain relationship are limited, emerging evidence from clinical research is showing the possibility of how changes to the gut microbiota can improve mental health and even certain disease states, such as Alzheimer’s.