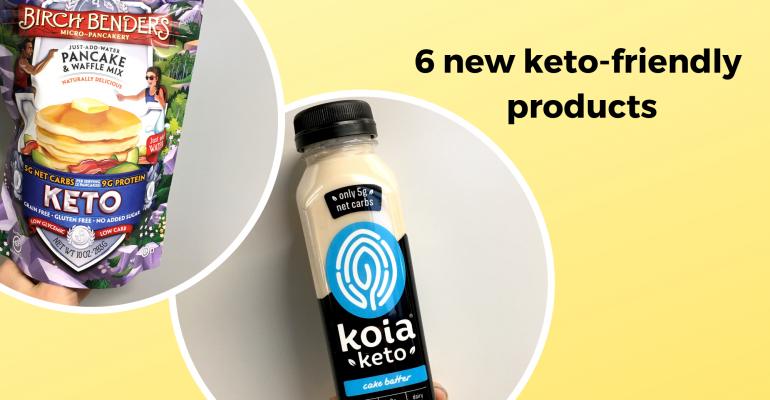 Start Slideshow ›
Keto is the buzzword of 2019, and brands across categories are innovating with new products that celebrate fat and eschew sugar.

The frenzy over fat seems to have reached a tipping point in mainstream culture. What initially gained popularity among ultra-athletes training their bodies to burn fat instead of glycogen became a nationwide specialty diet with followers ranging from California to New York City, and many places in-between. Celebrities experimenting with the diet have certainly accelerated its growth, as have the explosion of keto-friendly products that contain fewer than 5 grams of net carbs (or fewer), no sugar and higher levels of fat and protein.

Here’s just a small peek at the keto innovation occurring across food and beverage categories.