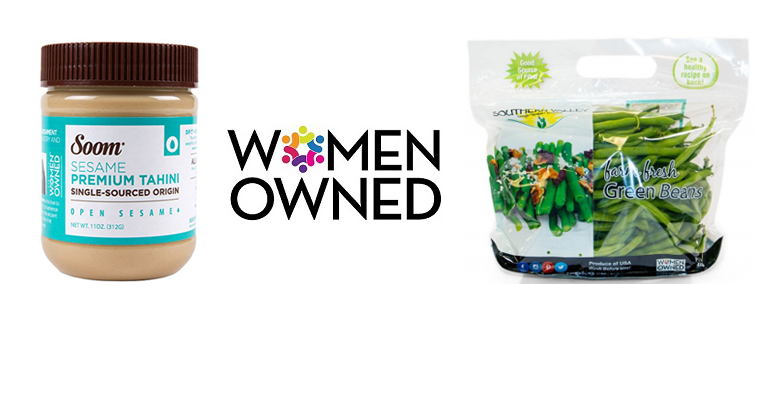 As more consumers look to connect with the people and stories behind the products they buy, a new logo finds traction.

Natural products shoppers are no strangers to certification logos—they’re used to looking for the USDA Organic, Non-GMO Project or Certified B Corp seals. But another logo is more present than ever on companies' packaging, marketing materials and in trade show booth displays.

It’s a small, two-line logo that says "women owned." It signifies that a company is majority owned and operated by a female leader. It’s not actually that new—the logo was unveiled back in 2014—but its increasing use is perhaps indicative of a larger movement within the CPG industry to support more women entrepreneurs and commit to diversity across suppliers.

Related: Conscious consumption and the values connection [NEXT Forecast 2017]

The logo was created by the Women’s Business Enterprise National Council, WEConnect International and Walmart as a way to bring consumer recognition to products created by women-owned businesses, and in turn help those businesses continue to grow. In order to be eligible to utilize the logo, companies must be certified through WBENC or WEConnect.

WBENC says it has certified some 14,000 business and is adding about 500 new ones each year. For those companies, the benefits of being part of that network take several different shapes.

"We think it’s good for business and positive for our customers to know,” said Courtney Hamilton, administrative assistant at Southern Valley Produce, a family-owned produce company in Norman Park, Georgia. The company sought women-owned certification in 2010 and displays the logo on its grab-and-go vegetables. The certification was a no-brainer, Hamilton said, since her grandmother Wanda (who started the business with her husband and two sons in 1987) was already the majority owner. "It puts us in the minority category, because many companies are male-owned and operated. It gives us a unique niche to say that we’re different and, while we operate with men, women have a place here too."

Women account for less than a quarter of management positions in businesses globally, according to research by Morgan Stanley. They’re also underrepresented on boards—in the U.S., boards comprise only 18 percent women. Yet more gender diversity, particularly in corporate settings, can translate to increased productivity, greater innovation, better decision-making and higher employee retention and satisfaction, Morgan Stanley concluded in its 2017 Investor’s Guide to Gender Diversity.

And companies are taking notice. In March, nine Fortune 500 companies including Walmart, Campbell Soup and General Mills made headlines when they went public with an initiative to source more from women-owned businesses.

But there’s another piece to this, and it’s the notion that consumers are getting more curious about the stories behind the products they purchase. They want to know how companies are sourcing their ingredients, and what those ingredients actually are. They want to know who is behind the brand, and if they’re working to make the world a better place. And, since women drive at least 70 percent of consumer purchases, the women-owned logo gives brands a way to immediately connect with those powerful shoppers.

"I think many of the items are ‘relating’ to the consumer somehow differently, and there is a perceived product or service quality, as well as more women are wanting to support other women,” said Pamela Prince-Eason, CEO of the Women’s Business Enterprise National Council.

For Southern Valley Produce, and for tahini brand Soom Foods, their women-owned certification gives them a bridge to tell customers and consumers that they are family-owned, to show that they’re about relationships and to communicate that they are values-based.

Soom was founded by three hard-working sisters. That’s an important part of the company's story, and the certification helps it tell that story.

"We came from a family of family business, so it was just something that resonated very strongly with us from a values perspective," said CEO Shelby Zitelman Stamm. “We were also just listening to the market—people were very interested in the fact that we were sisters and were able to work together and build this business together, so we’ve owned that.”

Soom obtained its women-owned certification last year, when it also made a commitment to focus on serving the foodservice industry. That underscores the value of telling the story not just to consumers but to business partners as well.

“Many of the retail customers that we are currently doing business with or hope to do business with have their own initiatives to work with women,” said Michele Meloy Burchfield, cofounder of Blume Honey Water. Burchfield and her longtime friend Carla Frank cofounded Blume to bring artisanal waters crafted from bee-friendly honey and natural flavors to the market. They view the certification as not just a business advantage but as a celebration of who they are as friends and as a company.

“There’s such a beautiful transformation taking place over decades, when you think about how women have taken steps professionally and personally and melded those together to form businesses and to take risks that they otherwise wouldn’t,” Burchfield said. “And I think that there are women behind us now that recognize that and celebrate it and support it.”

The meaning of mentorship for women in naturals
Sep 30, 2014