Brownies: A gateway food for algae?

New gluten-free baking mixes employ an unexpected ingredient being hailed as a food of the future. 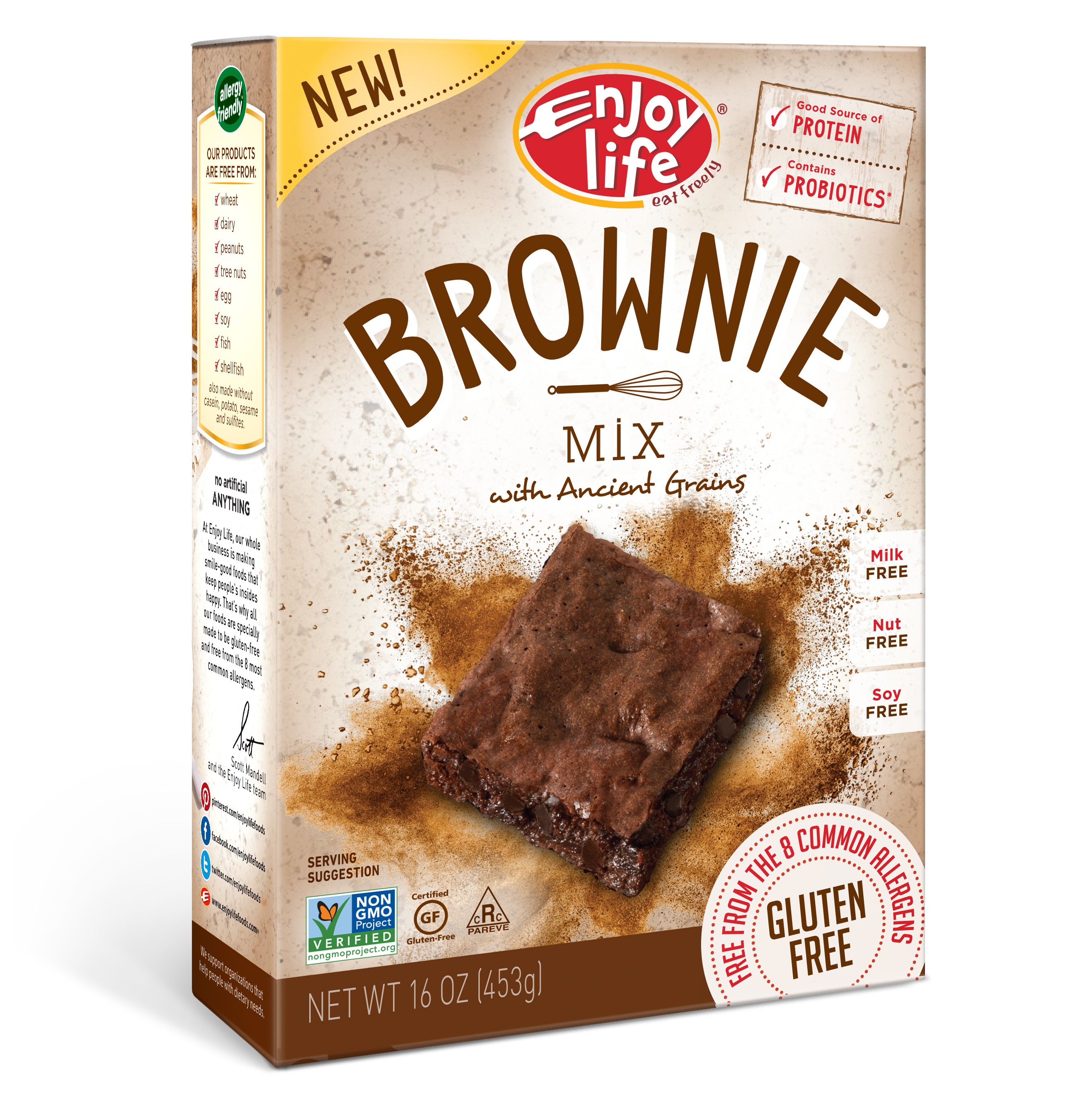 Think “brownie” and a host of fondly associated terms come to mind. “Algae” probably isn’t one of them, but that might change thanks to Enjoy Life Foods. Several of the company’s new baking mixes, including a brownie mix, list a new kid on the ingredient block: algal protein.

The newcomer ingredient serves a customer desire for more protein while maintaining the brand promise to be free from the top eight allergens (wheat, dairy, eggs, peanuts, tree nuts, soy, fish and shellfish), many of which limit protein source options for people with food allergies and intolerances.

“A year ago I was totally unfamiliar with it,” says Joel Warady, chief sales and marketing officer for Enjoy Life Foods. “My initial reaction was, 'Well, we don’t want our brownies tasting like seaweed.'” But concerns over flavor were quickly assuaged, giving way to a great-tasting product that pumps per-serving protein up to 5 grams.

Warady says brownies are always baked up for shows, where samples are offered before disclosure of the microalgae ingredient. “We always watch their faces,” he says with delight, “They’re shocked. They say, ‘I had no idea.’”

Heralded as the food of the future, microalgae-derived ingredients, which includes algal protein, are just beginning to appear on ingredient lists, but interest may bloom in light of an alluring nutritional profile. Alga Via Whole Algal Protein Powder, the ingredient in Enjoy Lifes’ new mixes, boasts 65 percent protein alongside healthy lipids, insoluble fiber and micronutrients. Nutritionally, Warady explains, “Algal protein has all these great attributes that we can use as we’re developing new products that we didn’t have before—and we didn’t know they existed before.”

Consumer acceptance of algal protein hinges on education and perception, Warady notes, so the company actively invites customer questions and is learning all the nuances of algal protein right along with them. “Six months from now, we’re going to be experts at algal protein,” he says.

Meanwhile, Enjoy Life Foods’ protein-boosted brownies can educate consumers one delicious bite at a time. Could brownies be the gateway food for algae? “Absolutely,” Warady says, “We do see it as a potential gateway product for algal protein because people wouldn’t expect it to be as sweet and decadent as it is in our brownie.”