Organic Connections, the magazine for Natural Vitality, reports on preserving the right to photograph and film unlawful factory farms.&nbsp;


If you have ever seen the food documentaries Food Inc., Fresh, or visited the incendiary animal activist website PETA, it is evident that the conventional, big-agriculture food industry has issues. Images appearing in these mediums are difficult to view because they often expose the brutal reality of the American food system, depicting cruelty towards chickens, pigs, and cows. Consequently, food documentaries tend to incite both a personal boycott as well as a widespread call for governmental change. They are an important aspect in illuminating where food comes from.

However, according to an article in Organic Connections, a series of legislation aiming to make photographing and filming large farms illegal sprouted in the state senates of Florida, Iowa, New York and Minnesota. While the bills are of ambiguous origin, the  proliferation of mega-corporation lobbyist dollars hints at their derivation. Thankfully the food advocacy group Slow Food USA stepped in to halt the bills with a public petition. 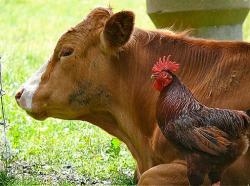 Emily Vaughn, Associate Program Manager for Slow Food USA explains, “The petition basically said, ‘We urge you to oppose these bills. As a concerned consumer I’m interested in knowing where my food comes from,’ because we do believe it’s a right for people to know where their food comes from and to be able to support that right. We had over 45,000 people sign the petition.”

In addition to collecting signatures, Slow Food USA encouraged their Facebook network to post photos of ethical and sustainable farms- types they would like to see more of. Vaughn continues, “We called it the ‘farmerazzi’ component of the campaign; people were acting like paparazzi for farms and showing and celebrating the good that does exist in our food system. We had over 450 photos submitted.”

Thanks to rigorous campaigning, the bills were never voted on. But maintaining transparency in our food system continues to be a topic of concern. Learn more in Organic Connections.