2020 election could raise the fortunes of hemp and CBD 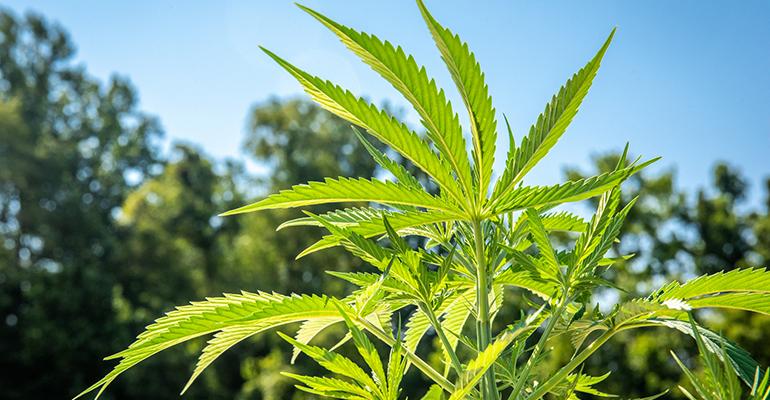 Between a Biden climate mandate and Congressional action against the FDA and USDA lies opportunity.

President-elect Joe Biden has declared a climate mandate, and climate change has been a primary talking point with regard to the top issues he is seeking to address in his administration.

Significantly, reports reveal that climate considerations will influence not just who runs the Environmental Protection Agency (EPA) but it would be a key consideration in all departments, from Transportation to State and Treasury. The Washington Post reported that climate will influence key appointments that affect everything from overseas banking and military bases to domestic roads and farms.

Related: 5 takeaways from the election that could affect the supplements industry

And therein lies the opportunity for hemp.

Hemp is a versatile plant that can be utilized for far more than CBD. Industrial hemp can be fashioned into a range of carbon-friendly products, from automobile dashboards and interior panels to hempcrete for buildings and hemp-based insulation for homes.

Hemp-based car parts used by European automobile manufacturers are thanks to a European Union mandate to use sustainable materials. Republicans in Congress tend to be conservative about changes, especially environmentally friendly ones, but there remains hope that a Biden administration could make changes that could incentivize many industries.

“If you and I get on the phone in 10 years and hemp fiber is not a huge part of the materials world,” says Josh Hendrix, board member of the U.S. Hemp Authority, “I’ll be shocked.”

There is talk in the incoming Biden administration of installing electric car charging stations from coast to coast. There is hope in the hemp industry that political changes could help spur a greater hemp processing infrastructure.

“When it comes to fiber,” said Annie Rouse, board member of the Hemp Industries Association, “people are excited about the potential for building materials like hempcrete. In reality it needs a lot of standardization before it comes to market, but there are current products like hempwood flooring that are stunningly beautiful.”

This could be hemp’s moment to move beyond CBD (that’s another story). Hemp aficionados like to point to an alleged 25,000 uses for the plant. From a practical perspective, it’s more like 100 that are viable and at hand.

“We have all heard that anything made with petroleum can be made from hemp, which is thousands of products,” said Morris Beegle, president of We Are For Better Alternatives and a major hemp promoter. “Whether that statement is true or not, it hasn’t been proven or fully actualized.”

Government action is seen as a key way to raise the fortunes of hemp as a carbon crisis kingpin. Biden has said one thing he’d like to do is stop providing subsidies for the oil industry. If even some of that funding can be redirected to carbon-friendly materials like hemp, it could be just the thing to move hemp from niche status into the mainstream.

And then there’s CBD

Report language is not binding but it does show Congressional intent. It is often used to inform—and push—federal agencies to take action. The U.S. House will also have to weigh in, but the Senate is run by Republicans so this is a positive shift.

In this case, the Senate’s report language takes aim at the U.S. Department of Agriculture’s interim final rule as it relates to hemp production. This rule has been roundly criticized by hemp producers as creating “roadblocks for farmers” so as to push farmers away from even considering growing hemp.

“The Committee directs USDA to propose amendments to the interim final rule,” reads the report language, “to ensure that any final rule is based on science and will ensure a fair and reasonable regulatory framework for commercial hemp production in the United States.”

The key issues that have dampened enthusiasm among would-be producers of hemp include DEA interference (which the farm bill explicitly excluded), testing and sampling issues, and the arbitrary 0.5% THC negligence standard (the industry is pushing for 1%).

The report language also directs the FDA to issue an official policy of enforcement discretion on CBED within 90 days, which would maintain until the supplements regulatory agency develops a final regulatory framework that allows CBD in supplements.

Observers have noted that while the report language is a significant development, it falls short of actual law.

“It’s not statutory language,” said Pete Evich, vice president of Van Scoyoc Associates, at a post-election webinar produced by the American Herbal Products Association this week. “Even though it says the FDA ‘shall’ have enforcement discretion policy for hemp CBD products, it still wouldn’t statutorily bind the FDA. But it sends really strong language to the FDA.”

The FDA seems intent on slow-walking CBD regulations. The original timeline, pushed nearly two years ago, that it would take up to five years for a final, binding rule seems to still be the game plan.

As for the USDA, the report language is much more precise about what Congress sees as the iniquities of the agency’s interim final rule.

“The more interesting language is the USDA changing its IFR,” said Will Woodlee, general counsel for AHPA and partner at the Kleinfeld, Kaplan & Becker law firm. “I don’t think we’ve seen that kind of report language directed at the USDA. We don’t have precedent about whether the current USDA is responsive to that kind of language.”

Still, there remains “a lot of pressure on Capitol Hill” to change the USDA’s interim final rule,” said Evich.

The Hemp Industries Association has also weighed in on the USDA, having filed suit specifically against the DEA to get relief action to that part of the IFR.

So, frothy action is continuing on the hemp and hemp CBD front. Any new change in administration brings about the potential for shifts in policy that can favor specific industries and sectors. Hemp’s status as a superplant capable of capture carbon and being a more sustainable, non-petroleum base ingredient suggests that it could capitalize on the next four years and be in an even stronger place than it is today.

And, not for nothing, but election day also saw cannabis win a unanimous decision from voters as medical or recreational marijuana is now coming to Arizona, Mississippi, Montana, New Jersey and South Dakota. Only three states—Idaho, Kansas and Nebraska—have no laws related to cannabis—that’s either marijuana or hemp CBD—on the books right now.