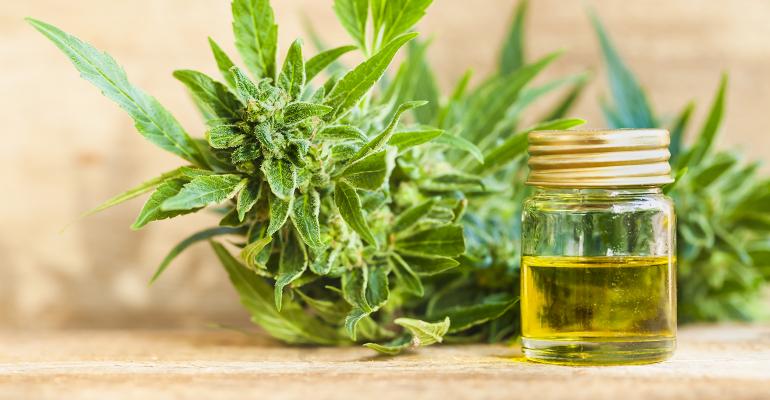 Congress steps in where the FDA has dithered. Could this finally be the move to push hemp CBD deep into the mainstream?

Thanks to the original legislation, the 2014 farm bill, hemp and its nonintoxicating cannabinoid CBD found a foothold in the market. That legislation opened the door to CBD, and merry hempsters took that inch and ran a mile with it.

The would-be controlling regulator, the U.S. Food and Drug Administration, didn’t know what hit it, and by the time it released its opinion on the matter there were already more than a thousand brands being sold from coast to coast and talked about in daytime and late-night TV shows.

The culture took the legislation and overwhelmed the regulators.

The FDA has never been considered an ally of dietary supplements—after all, “drug” is its middle name. It certainly hasn’t helped that the FDA considers itself the gatekeepers of medicines to America. But the agency has fairly lost the cannabis plant to the culture.

The next farm bill, passed in December 2018, put an additional Congressional imprimatur on the hemp CBD market, clearly allowing for its access outside only the prescribing physician that FDA allowed when it approved a CBD isolate drug in June 2018—certainly looking ahead when it was expected the December 2018 farm bill would expand access to CBD from hemp.

The culture marched on, first in a 2019 frenzy, then in a 2020 downturn—all the while the hemp and CBD industry complained loudly that regulatory certainty from the FDA would ease the market and allow for expanded access in mainstream markets such as food/drug/mass and the big-box retailers.

Nearly two years ago the FDA said it would take three to five years to publish an official rule to define the market. Profoundly miffed at what is seen as regulatory foot-dragging, if not outright inaction, hemp allies have pushed Congress to step in and draw up legislation of its own that will compel the FDA to act.

And that happened this past week when Congress introduced a bill, H.R.841, the Hemp and Hemp-Derived CBD Consumer Protection and Market Stabilization Act of 2021.

Introduced by Oregon Democrat Kurt Schrader and Virginia Republican Morgan Griffith, with five Republican and 12 Democratic co-sponsors, the bill would simply legalize CBD as well as any and all other ingredients derived from hemp as a dietary ingredient and in dietary supplements, subject to new dietary ingredient (NDI), Good Manufacturing Practices (GMP) and labeling and marketing provisions as with other supplements.

It would maintain hemp’s definition as a cannabis plant with less than 0.3% THC—the euphoria-inducing cannabinoid in the plant, which is solely responsible for the difference between hemp and marijuana.

The NDI aspect is a heavy lift, one that could be counted on to radically shrink the number of brands on the market. But the certainty would be a boon for companies that have the wherewithal to produce quality hemp or spend a high six figures to conduct toxicology testing. And for growers who have done the toxicology work, the riches could be legion.

“It provides the category and all of us that play in that field a legitimate entry point into the mainstream marketplaces that have kept us at bay for years now,” said Josh Hendrix, chief growth officer at Driftless Extracts and Workman’s Relief. “This is a step in the right direction for sure. It's certainly not the final piece of the puzzle but a very important first step for those that are making quality products.

That sentiment is echoed by a longtime supplements trade group, the Council for Responsible Nutrition, which represents large supplements companies that offer guardrails and boundaries circumscribing the “responsible” supplements space.

Julia Gustafson, vice president of government relations for CRN, expressed frustration with the FDA and hopes that this bill would shift the agency’s thinking around hemp and hemp CBD.

“Due to continued FDA inaction,” said Gustafson, “more consumers are at risk every day of unsafe or illegal products that are poorly manufactured, incorrectly labeled or illegally deliver THC or other adulterants. Concurrently, responsible CBD companies that adhere to federal regulations and product and market safe and beneficial CBD dietary supplements are forced to share the shelf with disreputable companies that compromise public safety for profit.”

Will the bill compel the FDA to act?

Concern remains for the bill’s fate, as some members of Congress are seen as preferring to let the FDA take the lead. However, impatience with the FDA’s position has directly led to this Congressional action.

“Reps. Schrader and Griffith have shown true leadership on this issue, and we anticipate support continuing to build as it progresses through Congress,” said Jonathan Miller, General Counsel for the U.S. Hemp Roundtable and spokesperson for a coalition of 19 groups representing hemp and supplements concerns. “The organizations working collectively to establish a trusted marketplace for ingestible hemp-derived ingredients applaud the bipartisan approach on this legislation.”

The coalition, via a press release, lamented the “regulatory uncertainty” that remains about the inclusion of hemp and hemp-derived CBD into ingestible products.

CBD commerce and investment, asserted the coalition, “have resultingly been chilled, impairing job creation and economic opportunity for farmers and small businesses.”

Michael McGuffin, president of the American Herbal Products Association and a coalition partner, provided clarity around the intense desire in the industry for Congress to step in now. He has long maintained that hemp and hemp CBD should simply be treated as any other botanical supplement on the market.

“There remains an absence of substantive progress on FDA’s reported attention to creating a lawful pathway for CBD, and a similar lack of clarification from the agency that simple hemp products, such as tinctures and extracts, should be regulated the same as other herbal supplements,” said McGuffin. “This legislation will fill those gaps, and we see it as important for ensuring that consumers will be able to find hemp and CBD products that are clearly subject to FDA’s enforcement of the robust regulations that apply to all other herbal supplements.”

CRN’s Gustafson hopes this bill will jump-start the FDA’s efforts, focusing its attention on the goal of expanding consumer access to hemp CBD and other cannabinoids and terpenes.

“We call on FDA to constructively engage with the bill sponsors and other stakeholders to address any reservations it may have and to help craft legislation that protects public health while fostering a new category of supplements.”

The U.S. Hemp Roundtable has built a portal where interested parties can contact their Congressional representatives and encourage them to co-sponsor and otherwise support the bill’s passage.