HomeNewsRegulatoryCBD Wars 2020: The Empire Strikes Back
Recent
Latest
3 reasons natural retailers are inflation-friendly shopping destinations
May 25, 2022
Sponsored Content
Organic agriculture and its impact on ingredients and the planet – webinar
Sponsored Content
The goodness wrapped in a certified organic seal – video
Podcast: What brands need to get on shelf at Fresh Thyme Market
May 24, 2022
Trending
Getting ready for 2023: Trends for brands to consider
May 17, 2022
6 tips to promote consumer understanding of Certified Organic
May 18, 2022
The Planting Hope Company aims to prove gender equity leads to success
May 23, 2022
Natural beauty market trends
Jun 16, 2021
IdeaXchange
brought to you by

CBD Wars 2020: The Empire Strikes Back 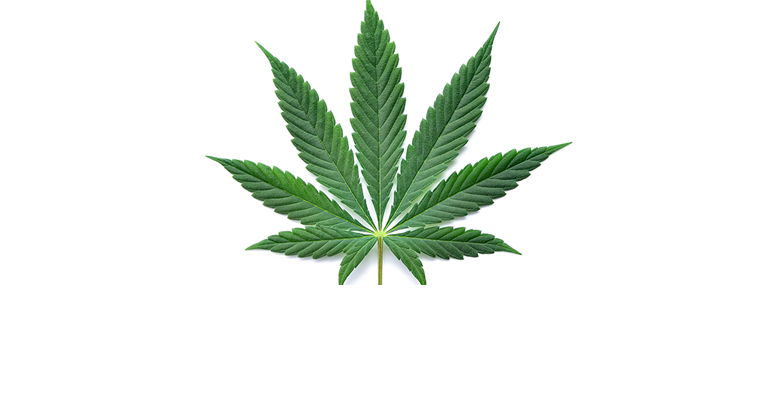 Who is the Obi-Wan Kenobi of the hemp CBD supplements alliance? In other words, what will 2020 bring in terms of consolidation and regulation within the hemp industry? Here are some educated predictions.

Twenty-five years ago, health food stores were the nexus for consumer communication regarding the health benefits of supplements. They also warned shoppers about heavy-handed tactics from the FDA that strove to reduce the accessibility of certain supplements for consumers.

Hollywood heavyweight Mel Gibson got in on the game by shooting a commercial to help get the message out of health freedom.

It was the health food store that activated the grassroots movement that directly led to the passage of DSHEA.

Now, battle lines are being drawn again, this time over the biggest supplement ingredient to hit since the passage of DSHEA: hemp CBD.

Related: FDA ups the ante in its war against CBD

A year ago, in late December 2018, Congress passed the farm bill, which explicitly removed hemp from the clutches of the Controlled Substances Act and thus the DEA, and legalized hemp as a crop—defined as “any part of that plant, including the seeds thereof and all derivatives, extracts, cannabinoids, isomers, acids, salts, and salts of isomers” with a THC level of less than 0.3% on a dry weight basis.

Authors of the farm bill were sure to include all of that—including the part about cannabinoids—to make sure it was understood that the apparent ingredient of the century, CBD, was considered legal for consumers the country over. The DEA, notably, was taken completely out of the picture.

For the uninitiated, “A New Hope” was the title of the original 1977 "Star Wars" movie, which introduced us to the likes of Luke Skywalker, Han Solo, Princess Leia and Darth Vader. Is it a coincidence that DEA is the first three letters of the Death Star, which exploded at the end of the movie?

A New Hope was followed up three years later with The Empire Strikes Back.

The parallels are eerie.

The empire here is all of the federal government machinery—specifically the FDA, USDA and DEA—that are doing their best to undermine the spirit, if not the letter, of the law.

“Help me, Obi-Wan Kenobi, you’re my only hope,” said Princess Leia at the time.

Who’s the Obi-Wan in the hemp CBD supplements world?

The farm bill did note that the FDA maintains authority to regulate supplements, including CBD ones. But at its core, the farm bill states that cannabinoids including CBD must be lawful and accessible to the public.

Instead, the FDA has said that it has already approved CBD as a drug, and under the Federal Food, Drug, and Cosmetic Act, it is unlawful to introduce into interstate commerce a substance that is an active ingredient in an approved drug or a substance for which substantial clinical investigations have been instituted, and the existence of such investigations has been made public.

British drug company GW Pharmaceuticals published studies on a CBD isolate, called Epidiolex, for use in two rare child-onset epilepsy conditions, and is now available as a prescription drug for $32,500 a year. (And you thought hemp CBD tincture bottles were expensive!)

Further, the FDA is intent on making no distinction between the dosage of Epidiolex, which can run as high as 1,400 mg/day of the isolate, to hemp CBD supplements (usually as a full-spectrum hemp oil extract), which is usually in the range of 5-25 mg CBD per serving.

In testimony before the U.S. Senate on July 25, 2019, principal deputy FDA commissioner Amy Abernethy, MD, PhD, concluded her remarks about why the FDA is seeking to keep CBD as a drug only by saying, “FDA’s role remains the same: to protect and promote the public health.”

We all know that the primary FDA role is to protect and promote the U.S. pharmaceutical industry.

Abernethy spilled the beans when concluding her testimony she made that very case.

“Another issue that FDA plans to consider is whether allowing CBD to be marketed as a dietary supplement or in a food will deter clinical research to substantiate additional therapeutic uses for cannabis-derived compounds,” she said. “Less research into the promise of cannabis-derived compounds and fewer drug approvals in this area would be a significant loss for American patients.

“We are concerned,” she added, “that widespread availability of CBD in products like foods or dietary supplements could reduce commercial incentives to study CBD for potential drug uses, which would be a loss for patients."

Are you picking up what the FDA is putting down here? The FDA does not want CBD to be available for consumers as dietary supplements.

In November 2019, the FDA made that point again, when it sent out 15 warning letters to CBD supplements companies. The companies were all guilty of making drug disease-type claims for its supplements—the likes of cancer, Alzheimer’s and depression, though it expanded the types of claims to anxiety and chronic pain, which had been more or less allowed for supplements.

The same day the FDA sent the warning letters out, it also released a consumer advisory, which many saw as creating hyped fear about safety concerns while selling short the benefits.

Importantly, the FDA also sent this consumer advisory to every member of Congress, in a clear attempt at shifting Congress’ opinions on what is being heralded by consumers from coast to coast. Can a tiny band of rebels—you know, the epilepsy moms and others benefiting from CBD supplements—come together and influence Congress in a way that maintains consumer access to hemp CBD?

The U.S. Department of Agriculture also weighed in on hemp this year when it released its draft guidelines for growing the crop—in time for the 2020 planting season.

As a refresher, the USDA previously issued a report on industrial hemp—way back in 2000—and said there is no potential for the crop, at least for textiles. At the time, about 5,000 acres’ worth of hemp fiber, yarn, fabric and seed had been imported into the U.S.

Last year, an estimated 500,000 acres were planted in the U.S., according to Vote Hemp.

The USDA draft guidance has several onerous provisos that many growers are seeing as undue burdens, among them:

Another concern of the USDA rule is thus:

What of the rebel alliance?

Hemp CBD erupted seemingly out of nowhere, though clearly it has its DNA in the marijuana world. That’s why the two worlds—the supplements industry and the hemp business—don’t really know each others’ business. It would frankly surprise most entrepreneurs in the hemp CBD business that they are actually in the dietary supplements world, with all of the regulations and rules that govern it (if they are only part-time readers of the media, they would have the impression that there are no rules or regulations in the supplements industry).

That’s why, in the lead-up to the passage of the seminal 1994 Dietary Supplements Health and Education Act (DSHEA), Congress had its champions who were also true believers in the value of supplements, namely Tom Harkin (D-IA) and Orrin Hatch (R-UT). Today, the Congressional champion is Mitch McConnell (R-KY), who is seemingly interested only in helping Kentucky farmers who had been growing tobacco but are now out of business.

So we are left with a supplements industry that already has waning Congressional support along with a longstanding antipathy by the regulators. And a federal apparatus cut from the “drug warrior” cloth that still can’t believe medical marijuana is available in 33 states that comprises roughly two-thirds of the population of the country—all with no real oversight from the regulatory bodies.

(And on new year’s day 2020, Illinois became the 11th state to allow marijuana for the fun of it.)

Strong headwinds, to be sure.

One easy new year’s prediction is that 2020 will be the year of consolidation within the hemp CBD business.There are likely north of 1,000 hemp CBD brands operating today. That number will surely decline as the year goes on—and that's not even if the FDA has its way and demands every brand produce a New Dietary Ingredient dossier. An NDI dossier could cost upwards of $1 million to produce, and would lead to there being only a small handful of brands left on the market.

One could say that it would make life a bit easier for retailers, which would no longer have to field calls all day every day from entrepreneurial start-ups proclaiming to be the best hemp CBD tincture on the market. What if all they had to choose from was today's top five brands?

Another prediction is that the federal regulators will not give up so easily on allowing easy consumer access to hemp CBD in all the ways available thus far—supplements, foods, beverages, cosmetics.

Can the grass roots come through and get Congress to, seemingly again, legalize hemp CBD for the masses? DSHEA redux 26 years on? "Star Wars" redux 43 years on? Stay tuned.

Paid Content
Get the most out of CBD (and other nutritional oils) – infographic
Dec 23, 2019