HomeNewsRegulatoryEWG and Just Label It to tag-team GMO labeling
Recent
Latest
4 tips to get ahead of chemical concerns in packaging
May 20, 2022
7 CBD favorites in the increasingly popular gummies format
May 20, 2022
Mission MightyMe helps parents introduce allergens to babies
May 20, 2022
UNFI's Eric Dorne to step down as chief operating officer
May 20, 2022
Trending
Whole Foods' honors 30 companies with 10th annual Supplier Awards
May 18, 2022
Getting ready for 2023: Trends for brands to consider
May 17, 2022
Sponsored Content
The rise of sustainable business – eGuide
Sponsored Content
Natural beauty market trends
Jun 16, 2021

EWG and Just Label It to tag-team GMO labeling 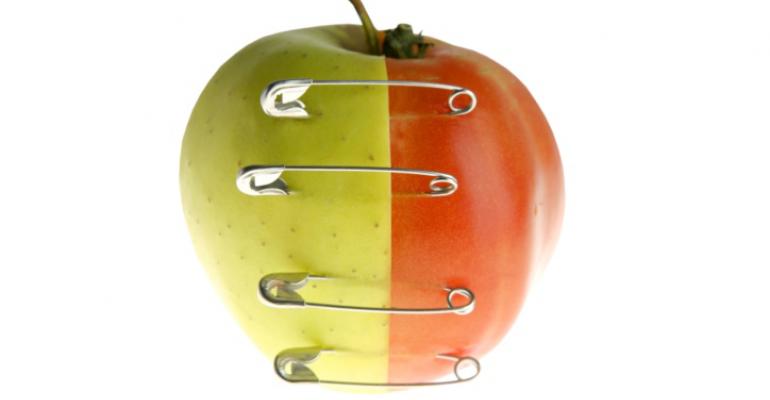 The Environmental Working Group and Organic Voices, the organization behind the Just Label It campaign, plan to join forces in the fight for GMO labeling and organic awareness. Why are these natural influencers teaming up now? And what does it mean for natural companies and retailers?

Though numerous organizations praise the good organic word (and criticize genetically engineered technology), it was announced today that two influential, natural players will join forces to further bolster the USDA Organic seal. The Environmental Working Group (EWG) and Organic Voices, the umbrella organization behind the Just Label It campaign, will partner to accelerate two crucial facets of the natural products industry.

“There are two pieces to this collaboration,” said Scott Faber, vice president of government affairs for the EWG who will also serve as executive director of Organic Voices. “One piece of our advocacy will be on behalf of GE labeling, primarily in Washington, D.C., but also supporting the states. The other, separate piece will be through helping consumers understand the benefits of buying organic.”

The EWG and Organic Voices plan to launch a new website and a social media campaign to remind shoppers that organic guarantees no toxins harmful to workers and the environment were used in food production, and that they don't contain GMOs. “It’s time for Americans to join the other 3 billion [international] consumers who have a right to know what’s in their food,” Faber said. Indeed, a new poll conducted by the Huffington Post and YouGov found that 82 percent of adults thought GMOs should be labeled (8 percent were not sure).

The catalyst for this collaboration stemmed from mounting consumer distrust of America’s food system. The widely publicized defeat of California’s Prop 37 exacerbated this sentiment. During Prop 37’s fever pitch last November, a slew of infographics (like this one from the Cornucopia Institute) tracking the stream of pro-or-no campaign dollars empowered consumers to comprehend which companies may be concealing information.

As a result, some non-GMO advocates lambasted organic biggies such as Silk, Back to Nature and Kashi—companies owned by food conglomerates Dean Foods, Kraft and Kelloggs, respectively. “Consumers really hate to feel deceived, especially by brands they have come to trust for their shared values, such as using organically grown ingredients,” wrote public health lawyer Michelle Simon. “By not disclosing the ownership up front, these companies risk alienating loyal consumers down the road when they find out eventually, and in this case, in a non-flattering way.”

Is the fight worth the damage?

Faber, who was former head lobbyist for the Grocery Manufacturers Association, believes Big Food is realizing this consumer dissonance. “Many food companies are reaching the conclusion that the fight is worse than the label—fighting GMO labeling is damaging consumer confidence.” Case in point, last month Wal-Mart, along with PepsiCo, ConAgra and “about 20 other major food companies” were involved in meetings with the Food and Drug Administration concerning GMO labeling, according to the New York Times.

Factor in improved consumer power to express opinions through social media and no wonder food conglomerates are starting to get the point. For example, earlier this year General Mills’ Cheerios experienced a flood of consumer Facebook posts expressing GMO concern. “Many of the comments are from concerned parents who are worried about the fact that they have been feeding a cereal with genetically engineered ingredients to their children," stated Alisa Gravitz, CEO and president of Green America. Kashi dealt with similar Facebook backlash, too.

“The way industry conducted their campaign in California lit a spark across the country. It has done more to invigorate consumer demand for labeling than anything,” adds Faber.

The natural industry can only benefit from this collaboration because organic companies already internalize the value of transparency. Added publicity for both organic and GMO labeling will certainly direct more people into natural retail stores and natural sections of grocery stores.

“I’ve worked on food policy issues for many years, and the one thing that hasn’t changed is that consumers want to know more about what’s in their food, not less. They want more information so they can make better choices,” says Faber. “Companies that trust their consumers will be successful in earning their loyalty.”

Do you think the EWG-Just Label It collaboration will accelerate GMO labeling? Share your thoughts in the comments below.