Farmers to Trump on tariffs: Trade, not aid 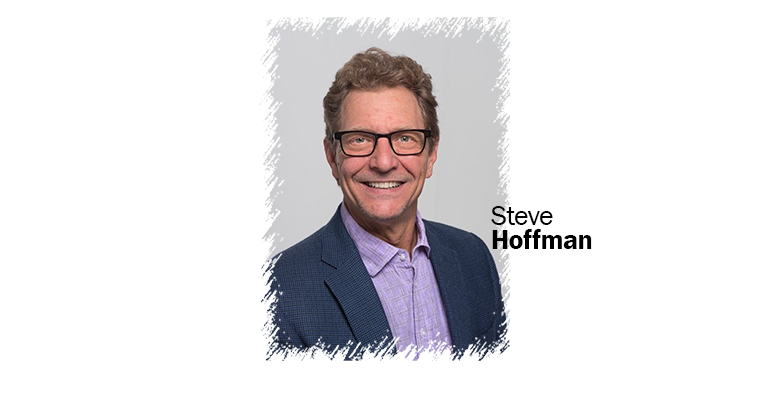 As tariffs stack up, here's a view from the natural and organic heartland.

In early July when President Donald Trump imposed trade tariffs on imports of commodities including steel and aluminum, the nations singled out by Trump, including China, Canada, Mexico and the EU, struck back, targeting food producers across the U.S. with stiff retaliatory tariffs on exports of corn, soybeans, wheat, cotton, sorghum, pork, poultry, fish and a number of nuts, fruits, vegetables and other agricultural products including bourbon, orange juice and dairy products.

Asked to be patient in a speech to Iowa farmers on July 26, U.S. farmers are bearing a disproportionate brunt of Trump’s trade war. Feeling the financial pain, the patience of America’s heartland farmers—a bastion of support for President Trump—is wearing thin in a trade war Trump promised would be “easy to win."

In an attempt to alleviate the economic impact to farmers as a result of his own trade policies, President Trump on July 24 promised $12 billion in emergency aid to farmers, using a depression-era assistance program to put a band aid on the immediate pain American farmers are feeling as a result of the U.S. imposed tariffs and subsequent trade retaliation by China, the EU and others.

But some Republicans and farmers are not buying it. Tennessee Republican Senator Bob Corker in a statement called Trump’s trade policy “incoherent” and the administration “was offering welfare to farmers to solve a problem they themselves created.”

Sen. Ben Sasse (R-NE) said in a statement, “This trade war is cutting the legs out from under farmers and the White House’s ‘plan’ is to spend $12 billion on gold crutches. … America’s farmers don’t want to be paid to lose—they want to win by feeding the world.”

Sen. John Kasich (R-OH) said that President Trump was resorting to “farm welfare” when what American farmers really want is the administration to stop imposing tariffs. American consumers will feel the pinch both ways under the proposed bailout strategy in the form of higher costs for foods due to the higher tariffs, and also the $12 billion emergency aid for farmers will end up coming from U.S. taxpayers.

Relief from an EU deal

In a move that could provide some relief to U.S. soybean producers, President Trump on July 25 announced a deal with EU President Jean-Claude Juncker that would remove tariffs on a number of industrial goods in trade between the U.S. and the EU. In a hastily scheduled joint press conference on the White House lawn, Trump declared that European countries would be buying “a lot of soybeans” from American farmers. In a campaign-style speech on July 26 in Iowa, Trump told a group of farmers, “We just opened up Europe for you farmers. You’re not going to be too angry with Trump, I can tell you,” he said.

However, existing tariffs still remain in place and the U.S.-EU announcement did nothing to resolve Chinese sanctions on U.S. soy, pork and other farm products. In response to Trump’s trade tariffs, China in early July imposed a 25 percent tariff on U.S. soybean exports and also placed tariffs on U.S. corn, wheat, sorghum, pork, beef, nuts, fruit, vegetables and many other agricultural products. Mexico is also levying a 20 percent tariff on U.S. pork in response to Trump administration trade sanctions, as well, Agri-Pulse reported.

“If the price of soybeans goes down, farmers will have less to spend on new equipment. And equipment makers such as Caterpillar and John Deere will (eventually) have to raise the price of equipment due to steel tariffs,” Chicago trade attorney R. Kevin Williams said in the Chicago Tribune. “Eventually it will have an impact on the economy.”

“Patience is wearing thin on U.S. pork producers because the next six months of market prices—there’s a lot of red ink. We need the administration to come to these deals quickly,” Iowa hog farmer Gregg Hora told ABC News.

“We would prefer trade not aid,” said Dave Struthers, who grows corn and soybeans and raises hogs in Iowa, in a July 25, 2018, Bloomberg News report. “We’d like to see things figured out on these trade issues.”

Impact on natural and organic producers

But farmers are not the only ones affected by the administration’s trade wars. Packaged goods manufacturers, too, are beginning to feel negative effects. When the Trump administration placed tariffs on Chinese goods with an annual trade value of about $200 billion, roughly 1,300 products were impacted. The additional taxes will ripple through supply chains, reports CNN Money, compelling businesses in the U.S. and China to decide whether to absorb costs or raise consumer prices.

Closer to home, Arnold Coombs, Director of Sales and Marketing for Bascom Maple Farms, the largest supplier of maple syrup and maple sugar in the U.S., and a seventh-generation Vermont maple sugar maker, puts it this way:

“While selling maple to Canada is like selling ice to Eskimos, we do sell some maple syrup and maple sugar to manufacturers there. We will lose a little under $1 million in sales. The bigger issue for us will be the U.S. withdrawal from the TPP. Unless this is reversed or another agreement completed, we will lose close to $9 million in sales.

One more trade issue for us is CETA, the EU-Canada Comprehensive Economic and Trade Agreement. The tariff on Canadian maple is gone while there is still an 8 percent tariff on U.S. maple. This has essentially taken us out of the EU market with a loss of $4-5 million in sales. I doubt that we will have an agreement with the EU in the near future.

It seems that just when we had a good grasp of developing new export markets, the U.S. government got in the way and threw up some roadblocks. Ultimately, this hurts the U.S. farmer, as we will have to buy less syrup from them. That’s not the direction we want to go.”

Leading organic dairy producer Organic Valley’s CEO George Siemon added, “Our dairy business will be mainly affected by the conventional market being harmed. Our own sales will not be that affected, as we do not export that much to the countries with tariffs. No matter how well we manage an organic dairy pool you end up with some conventional sales; thus a lower conventional price due to tariffs will hurt our income from those sales.”

With many nutritional product manufacturers sourcing ingredients from China and the world over, supplement makers are feeling the pinch of a 10 percent to 25 percent import duty on a range of ingredients including minerals, animal and plant proteins, sweeteners, hemp seeds, phytosterols and other ingredients.

According to Natural Products Insider, online trading resource ingredientsonline.com has complied a list of more than 180 ingredients that could be affected by the trade tariffs. "Keep in mind this is just the beginning; we're hearing the tariffs can range from 10 percent to 25 percent. It's obvious this will have a tremendous effect on not only the industry but on consumers as well,” said Peggy Jackson, VP of sales and marketing for ingredientsonline.com.

Among a list released in July of Chinese goods facing tariffs of 10 percent or more were a number of specifically named herbs and botanicals, as well as what American Herbal Products Association President Michael McGuffin described as a “catch-all” category that could include a number of herbal ingredients and a separate designation that could impact certain forms of minerals used in dietary supplements.

In addition, importers may choose to buy up raw materials before tariffs take effect, and “all of a sudden the supply-demand equation is no longer balanced and the costs are going to go up,” McGuffin told New Hope Network.

Robert Leonard, News Director for Iowa radio stations KNIA and KRLS, claims in a New York Times op-ed that President Trump’s trade war will hurt farm business at a time when the rural population is aging, and that it could accelerate the hollowing out of farm communities. “Mr. Trump recklessly opened trade wars that will hit ‘Trump country’—rural America—hardest and that have already brought an avalanche of losses. Indeed, the impact of his tariffs will probably be felt by family farms and the area for generations,” he wrote.

Yet, President Trump argues that his proposed emergency farm aid bailout is only temporary. Eventually, he argues, the trade war will pay off—farmers will no longer need taxpayer help. “The farmers will be the biggest beneficiary. Watch,” he said. “We’re opening up markets. You watch what’s going to happen. Just be a little patient.”

This article originally appeared in the August 2018 edition of Presence Marketing News.