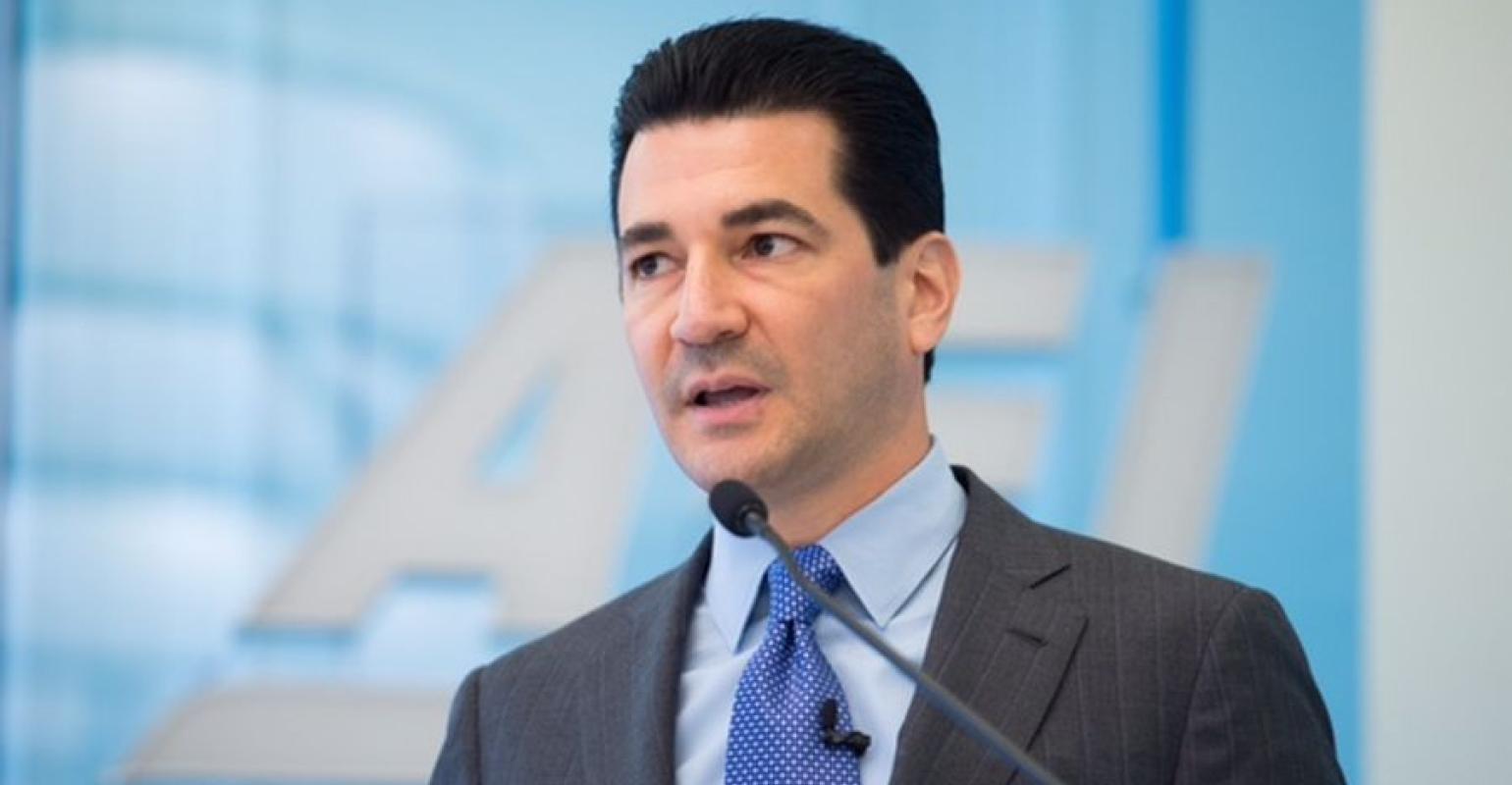 FDA commissioner Scott Gottlieb announced he would leave the agency next month. Appointed by President Donald Trump in 2017, Gottlieb praised dietary supplements as useful for health and made comments suggesting the agency could provide clarity on CBD.

FDA commissioner Scott Gotlieb’s resignation announcement was greeted with uncertainty among supplement industry figures gathered in Anaheim for Natural Products Expo West, with many questioning what to expect from the agency’s efforts toward clarity around hemp CBD.

The commissioner has been viewed generally favorably and accepted as a person who understood challenges in the supplements industry and was willing to work with trade associations toward reform. The commissioner had recently spoken of a “pathway” to acceptance of hemp CBD as a dietary ingredient. With Gottlieb leaving, many in the industry are wondering whether progress the commissioner hinted at would be slowed or ended entirely.

American Herbal Products Association President Michael McGuffin described Gottlieb as the most engaged commissioner he’s worked with in the decades he’s spent representing the supplements industry. “No other commissioner has embraced the agency, and his public role, anywhere near as effectively as Scott Gottlieb,” McGuffin said. Gottlieb’s statement Feb. 11 about efforts to modernize and reform FDA oversight of supplements was delivered “in a respectful manner,” McGuffin said.

But losing Gottlieb could mean movement around CBD will stall, McGuffin said. “Everybody's crying out for some sort of rational clarity and there's none. This slows it down, at best.” By most accounts, the FDA’s approach to CBD has been to enforce regulations on health claims and manufacturing process and avoid the larger questions of whether it is a legitimate dietary ingredient. A new commissioner could take a very different approach.

United Natural Products Association President Loren Israelsen also said Gottlieb will be missed—“He was one of the best and more competent commissioners as we've seen in a very long time."—but expressed concerns similar to McGuffin’s about CBD. Slowing action at the federal level doesn’t call for a change in course for supplement trade groups, however, Israelsen said. “We need to be ready for CBD discussions,” said Israelsen, who added that he believes that coming FDA hearings on CBD and supplement regulation will go forward. “I have to believe that the commissioner’s decision wasn’t made this morning,” Israelsen said. “If I had to guess, I’d say those two meetings go ahead.”

Steve Mister, president and CEO of the Council for Responsible Nutrition, said he’d be surprised if any significant progress toward clarity will happen between Gottlieb’s departure next month and appointment of a new commissioner. Taking action on CBD would be too much to expect without a commissioner in place, he said. “Anytime an agency is without its head, you are less likely to see those kinds of bold actions.”

Mister described elements in Gottlieb’s approach to supplements as “refreshing,” particularly actions taken by the Office of Dietary Supplements, created not long before Gottlieb became commissioner, but said he doesn’t expect supplements to be a focus of the nominating process for a new commissioner. “Dietary supplements are not the number one priority of the FDA.”

News of Gottlieb’s departure was greeted with a mix of surprise and concern in the halls at Expo West. “We don't know who's going to replace him and it just might mean a slow down for one of my many dinner bets, which is that CBD will be rationalized by the end of the year,” said Tom Aarts, managing director of Nutrition Advisors. “I think the commissioner was actually trying to figure how do we solve this problem.”

Just off stage from his panel appearance at the Natural Products Hemp and CBD Summit, lawyer Jason Sapsin said he was worried that a new commissioner will not put emphasis on finding a regulatory answer for CBD. “I don't know if another subsequent Commissioner will be equally committed, and it's not as if the agency has a ton of resources,” said Sapsin, who practices with Faegre Baker Daniels LLP. “They don't have a lot of people sitting around to try to tackle these policy objectives.”

Ivan Wasserman, managing partner at Amin Talati Upadhye LLP, praised Gottlieb’s “willingness to work with stakeholders” on CBD and said he expects that engagement to continue. “My sense is, it will,” Wasserman said. “Unless there's some politics behind the scenes that we don't know about, that any of these particular initiatives drove him out.”

This article originally appeared on www.newhope.com.