HomeNewsRegulatoryFDA denies NAC petitions but signals it won't enforce
Recent
Latest
4 tips to get ahead of chemical concerns in packaging
May 20, 2022
7 CBD favorites in the increasingly popular gummies format
May 20, 2022
Mission MightyMe helps parents introduce allergens to babies
May 20, 2022
UNFI's Eric Dorne to step down as chief operating officer
May 20, 2022
Trending
Whole Foods' honors 30 companies with 10th annual Supplier Awards
May 18, 2022
Getting ready for 2023: Trends for brands to consider
May 17, 2022
Sponsored Content
The rise of sustainable business – eGuide
Sponsored Content
Natural beauty market trends
Jun 16, 2021 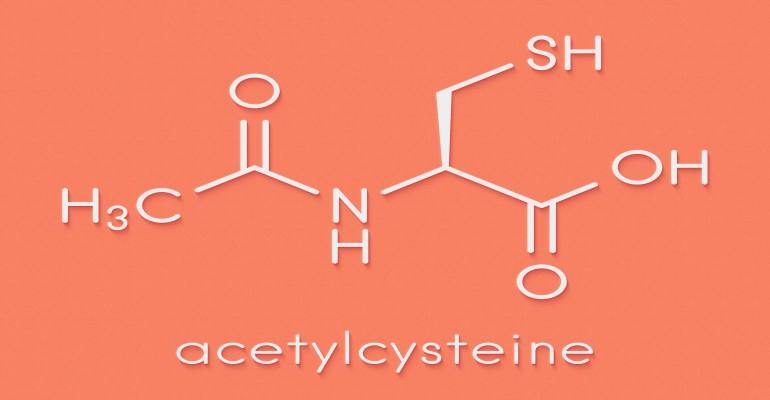 FDA denied requests to reverse its stance that a popular ingredient is excluded from the definition of a dietary supplement, but there are silver linings.

The Food and Drug Administration on Thursday denied requests by two trade associations that the agency reverse its position that NAC (N-acetyl-L-cysteine) is excluded from the definition of a dietary supplement.

The agency, however, strongly indicated it will not enforce against NAC supplements, provided they are otherwise lawfully marketed. In a constituent update, FDA said it planned to issue guidance soon regarding its policy on NAC-containing products marketed as supplements.

The FDA concluded NAC cannot be lawfully marketed in dietary supplements due to its approval as a drug in 1963. In legal arguments outlined in separate citizen petitions, the Council for Responsible Nutrition (CRN) and Natural Products Association (NPA) urged the FDA to reverse its position.

The FDA answered both petitioners directly Thursday. The agency denied in its entirety the petition filed by CRN and partially denied NPA's petition. It continues to evaluate an alternative request in NPA's citizen petition that it begin the rulemaking process to make NAC lawful in dietary supplements.

"Although FDA is still working to complete our review of the available data and information, our review thus far has not identified safety concerns with respect to the use of NAC in or as a dietary supplement," Douglas Stearn, deputy director for regulatory affairs with FDA's Center for Food Safety and Applied Nutrition (CFSAN), wrote to the two heads of CRN and NPA. "If, among other considerations, FDA does not identify such safety concerns as we continue our review of the available data and information, we are likely to propose a rule providing that NAC is not excluded from the definition of dietary supplement."

Such action would mark a historic milestone: The first time ever that FDA has commenced a rulemaking to make an ingredient lawful in dietary supplements, despite first approving it as a drug. The FDA, through power vested in the secretary of the U.S. Department of Health and Human Services (HHS), was granted this rulemaking authority in the Dietary Supplement Health and Education Act of 1994 (DSHEA).

Under DSHEA, an "article"—or drug—researched or approved by FDA cannot be marketed in dietary supplements unless the supplement was marketed first or HHS's secretary issues a rulemaking through notice and comment.

Industry stakeholders provided the FDA evidence in a regulatory docket that NAC was marketed in the early 1990s before DSHEA's passage. No evidence, however, was provided that the ingredient was marketed in supplements before the FDA approved it as a drug in 1963.

The "exclusion clause" in DSHEA that bars drugs from being marketed in dietary supplements still applies even if the drug was approved by the FDA before DSHEA was passed, according to the agency's response to the citizen petitions.

He also denied the contention that the FDA's interpretation of the law impermissibly gives retroactive effect to DSHEA. Stearn reasoned the drug exclusion clause only affects future conduct rather than acts committed before the law's passage.

"The exclusion clause does not distinguish between products first marketed before DSHEA's enactment and those first marketed after it," he added, supporting the FDA's position that its approval of NAC as a drug in 1963 barred its later inclusion as a dietary supplement.

Congress was clear in DSHEA when it wanted to establish different requirements for products marketed before and after the law's enactment, Stearn noted. For instance, DSHEA defines a "new dietary ingredient" (NDI) as one not marketed before Oct. 15, 1994.

"The exclusion clause, however, contains no language limiting its application to NDIs and other post-DSHEA products," he wrote.

Stearn further rejected the argument that the exclusion clause doesn't apply to NAC because NAC supplements are orally ingested and the approved drug was an inhaled product.

"Reading the exclusion clause as encompassing articles that are approved for any route of administration is fully consistent with the requirement that a dietary supplement must be intended for ingestion," wrote Stearn, who also addressed several other legal arguments in the citizen petitions.

Stearn's 25-page letter is by far FDA's most comprehensive response to industry's criticism of the agency's conclusions in 2020 warning letters that NAC is not a lawful ingredient in supplements.

CRN was disappointed with FDA's decision to deny its citizen petition and potentially open a rulemaking, and found the agency's response unconvincing, according to CRN President and CEO Steve Mister.

"Even though FDA has previously acknowledged NAC as a legal and safe supplement ingredient, the agency is attempting to create the power to remove legitimate dietary supplements from the market that the law plainly does not give it," he said in a statement. "While the ingredient at issue now is NAC, a broader issue is at stake—FDA's ability to declare tried and true dietary ingredients off limits to dietary supplements and to confer drug companies with a monopoly over those ingredients, with few options for industry to challenge those actions."

Mister added, "FDA claims to have this authority regardless of whether the dietary ingredient under review is marketed for the same intended uses, in the same delivery forms or the same dosage as the drug. Today's decision sets a dangerous and extralegal precedent for other supplement ingredients."

He also criticized the agency's potential rulemaking, saying such a proceeding could take years to achieve and would leave NAC "in a state of regulatory limbo."

"We are guardedly hopeful this announcement gives retailers the assurance they need to continue providing NAC products to consumers," he said. "CRN is also encouraged that FDA recognizes there are no safety issues with respect to NAC's long history of use."

Finally, Mister left open the possibility that FDA's response would be met with a challenge from CRN in federal court. He described the agency's decision as "final agency action, ripe for judicial interpretation."

"We are presently in consultation with our members about next steps, but every option—including immediate legal action—remains on the table," Mister said.

The Natural Products Association has already sued the FDA over NAC in a case that remains pending before U.S. District Judge Theodore D. Chuang.

Dan Fabricant, president and CEO of NPA, credited his citizen petition and lawsuit for influencing the FDA's plans to exercise enforcement discretion, which he predicted.

"The board, staff, members and counsel of NPA stood tall for the entire industry," he said in an email.

Fabricant said key questions remain, including how to prevent another ingredient marketed in supplements for years from being flagged by the FDA due to the drug exclusion issue. He called the agency's action as "arbitrary and capricious."

He cited other outstanding issues created by FDA that must be resolved, including the denial of certificates of free sale for NAC-containing products and the delisting of NAC from e-commerce platforms.

"Does the industry have to pursue legal action to get a substantive response to a citizens petition?" he asked.

Fabricant, who's a critic of the FDA's legislative proposal for a mandatory listing of dietary supplement products, also contended the FDA would have "delisted" NAC if mandatory listing was a requirement in the law.

"How are 'industry leaders' advocating for that in light of this chain of events?" he asked.

Fabricant further questioned why the FDA targeted NAC supplements in the first place, given its lack of safety concerns with the ingredient and—as expressed in an unrelated letter to an NPA member—its limited resources and typical enforcement focus on products that pose known safety risks.

"The effort and the history here to arrive at enforcement discretion could've been reached long ago," Fabricant concluded.

The agency's "unwillingness to correct errors and work with the industry to find solutions…doesn't benefit the hundreds of millions of Americans who use supplements," he said.

The FDA, Fabricant added, must "find a way to work with the industry in a constructive and timely manner."